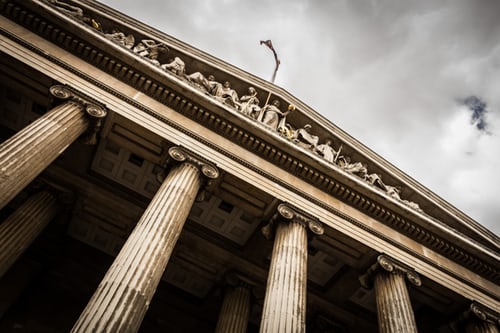 During disciplinary cases, it is essential that the regulated party attends the hearing, particularly in a case which concerns public interest, such as a former teacher’s dismissal. However, the recent case of Reilly v Secretary of State for Education [2020] EWHC 1188 (Admin) highlights the firmer approach  taken by  the courts in these types of cases when the regulated party fails to attend.

This case regards a wrongful dismissal claim from a teacher (the appellant) who had been dismissed for gross misconduct after failing to disclose that the man she was in a relationship with had been convicted of producing indecent images of children; essential to disclose in her line of work. The appellant was prevented from teaching by the Secretary of State for Education as the professional conduct panel (PCP) held that her behaviour amounted to unacceptable professional conduct and could bring the teaching profession into disrepute.

Despite the appellant’s plea being unsuccessful, she appealed to the High Court on two grounds; (1) the PCP made a mistake when proceeding with the hearing without herself being present, and (2) that the findings of the PCP were unsustainable on the evidence. This article, and a significant decision in the case, is regarding the first ground of appeal.

Swift J rejected the appellant’s ground of appeal, following the decisions in General Medical Council v Adeogba [2016] EWCA Civ 162 and General Medical Council v Hayat [2018] EWCA Civ 2796. The judge agreed with the PCP’s multiple reasons for continuing the hearing without the appellant’s physical presence including; (1) the appellant had been given reasonable notice of the hearing adhering to the relevant regulations, (2) the appellant, throughout her case, was given multiple opportunities to explain why she was unable to attend the hearing and provide evidence of this, but failed to do so, (3) there was already a detailed witness statement from the appellant which could be used in her absence, and (4) if the hearing was adjourned, as the appellant wished, there was no evidence that she would engage in any further hearings. Alongside these reasons, from the correspondences the appellant had with her council, it appeared that she was actually attempting to avoid the hearing, and the disciplinary process all together, which was frowned upon given her profession as a qualified teacher. It was clear to everybody involved that this was an important case which would have serious consequences on the appellant and therefore the importance of having a fair trial was appreciated, however, it was decided that the reasons stated above meant the appellant could be provided with a fair hearing despite her absence.

This judgment made by Swift J is significant as it highlights that cases of public concern are still able to proceed without the presence of the appellant and that, in these situations, this does not take away any of the appellants fundamental rights, such as a fair trial.  Therefore, is clear that this should be considered on a case to case basis,. However, in the scenario where it appears that the appellant is unwilling to participate in a hearing, after multiple occasions to do so, and in which they are unable to explain their absences, it is the correct decision to proceed in their absence and this case will provide the courts with authority, if in a similar situation.