Shareholder activism in the times of climate crisis

UKSC 10th Birthday Part 1: how we got to the UKSC

Sue the Seller? How to Handle Hidden Repairs after the Sale 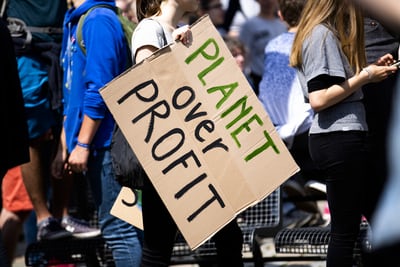 What are you doing to help the environment? That question, I’m sure we can agree, has been on the thoughts and lips of many of us throughout 2019. From protests and strikes to brands changing manufacturing processes, the public has clearly revolutionized its opinion on global warming : it is no longer a distant threat but an urgent national emergency, unfortunately evidenced by recent Australian bush fires.

But how has the law has been involved in this revolution? In this article The Student Lawyer highlights one example of how climate change-supporting activist shareholders are making their voices heard in the boardroom.

Equinor vs an Australian Surfer

In May 2019, Norwegian oil company Equinor released plans to extract oil from the Great Australian Bight – a marine environment regarded as part of the “culture” and “identity” of those who live nearby. Due to oil extraction causing great damage to the area and its wildlife, one local surfer, Heath Joske, joined forces with a collection of campaign groups that had purchased a significant number of shares in the oil company.

As shareholders, these groups had tabled a motion to stop Equinor’s oil-extraction plans, aiming to get others to vote for its passage at a recent Annual General Meeting for the company. Joske himself spoke on behalf of these climate activism groups (including Greenpeace Norway) at the meeting, emphasizing how much damage the oil extraction would have on the environment. From the risk of oil spills killing wildlife, to the air pollution the process emits, it is clear to see why the local population are keen to fight to protect the Great Bight, with this open bay being one of the few untouched areas that is home to endangered southern right whales.

The Australasian Centre for Corporate Responsibility (ACCR) also backed the motion, claiming that “shareholder activism” is an excellent way to increase awareness of damage within the company and promote changes in practice. The head of the ACCR also believes that these motions may deter those that lobby the company with aims that are “inconsistent” with the terms of the 2015 Paris Agreement. Unfortunately, the pro-climate protection shareholders were unable to get enough votes in the meeting to pass the motion, yet publicity and support for the cause was still increased. With Equinor undeterred by protests, the company pursued its plans, and it was left to Australia’s National Offshore Petroleum Safety and Environmental Management Authority (Nopsema) to deliver a decision on whether to allow them. This decision was made in November.

With headquarters in Norway, Equinor is a multinational energy company, founded in 1972 which currently employees over 20,000 people. As well as oil and gas production, the company is involved in pipeline operations, biofuels and wind energy, with the company claiming to be committed to sustainability in both its values and practices.

What is a shareholder motion?

When a shareholder (an individual or group that owns a share of a company’s stock) raises a motion, (like the anti-oil extraction motion discussed above) they are proposing a policy change which is then voted on by other shareholders. If passed, this non-binding yet influential idea could impact the company’s operations. As shareholders can come from a range of backgrounds, the motions they propose at meetings can vary a great deal and usually promote their individual interests.

Why do Equinor continue to pursue oil?

It is evident that, despite greater activism for climate protection, and greater research into the damaging effects of oil production, that companies are still driven to achieve their oil extraction goals. This is due to the high demand for oil despite its limited availability, combined with the drive by gas companies to make a profit and the lack of regulation that these companies are facing when conducting potentially damaging procedures. Equinor itself argued that it had a respectable and safe record with oil extraction, and thus the people of Australia would benefit from its plans for the Bight. However, it has been suggested that those who would benefit the most would be the Norwegian government, with the company only having to pay low fees for its use of Australian land, yet Norway still receiving high revenue from the petroleum industry.

Can this be taken to the courts?

When the motion was first rejected there were suggestions by the Australasian Centre for Corporate Responsibility (ACCR) that, if the company continued spending more money on oil extraction than they earn in oil production, shareholders could sue for losses. This includes members of the public – the majority of Equinor is state-owned, thus the people have company shares, and thus the possibility of a class action shareholder lawsuit is open. In addition, it is possible that the residents of Southern Australia take their case to the court on Human Rights Grounds, arguing that the damage to the Bight and the pollution released by Equinor’s extraction is a breach of rights to a healthy environment. As Australia follows a Common law system, with Judicial decisions being highly influential, there is scope for such claims to pass, and this would not be unlike similar litigation against environmental damage by oil and gas companies that has been taken to courts across the globe. With Australia facing devastating bush fires at the moment that are causing harm to both the people and the environment, it is understanding that locals are keen to protect their home.

Jumping to November of 2019, we reach the decision made by Nopsema. The health, safety and environmental regulatory body had called upon Equinor to clarify its plans for the Bight, understanding that the health of this bay is of high importance, both environmentally (for the variety of wildlife that reside there) and economically (due to jobs and tourism depending on it). After delaying an initial decision, Nopsema gave Equinor 21 days to produce more information, explaining that this was the usual review procedure for environmental proposals. Though this did not mean the drilling had been rejected, Nopsema believed that Equinor had failed to carry out a full risk assessment and was only willing to accept 10% of the plans. Whilst the oil company remains optimistic and hopes to begin drilling in Summer 2020, environmental groups believe they should abandon their intentions and accept that the Bight is of too great environmental and cultural significance.

Returning to shareholder activism as a method to promote environmental protection, this case evidences how it is possible to take a stand against those damaging the planet without diving into a litigation. However, it cannot be denied that legal action is a serious option on the grounds of unjustified destruction of wildlife habitat and air pollution in the Bight. Moreover, some may suggest that litigation may have worked in favour of the environmental groups and residents. Authorities have now called Equinor’s plans into review twice, evidencing that they are now favouring the cause of the environment to the motives of big business. Hopefully, this marks the beginning of a more sustainable and environmentally aware future.