4 Things to Look for in a Prospective Law Firm 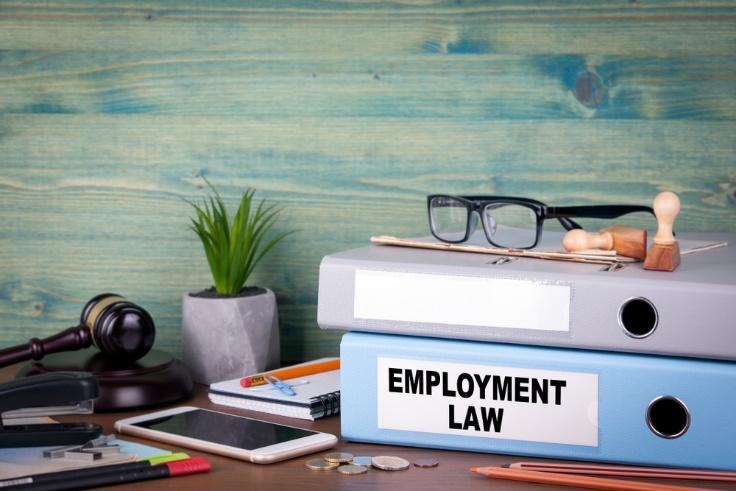 The UK Supreme Court has recently after 100 years revisited the law regarding restrictive employment covenants in Tillman v Egon Zehnder Ltd [2019] UKSC 32 . The decision in Tillman ruled in favour of restrictive employer covenants, which means that, employers in the future can continue to enforce restrictive covenants in employers’ contracts. These are commonly used by senior staff in the city of London to prevent movement to competitors. The issue in this case focussed primarily on the use of the term “interested in”.

Ms Tillman was a former consultant at Egon Zehnder Ltd, a major head-hunting business. She began working for them in January 2004 and progressed to be Global Head of financial Services in 2012. She later resigned in January 2017 and wished to start working for a competing business. Her employment contract contained a post-termination restrictive covenant. This clause was 6 months in entirety restricting her from being ‘directly or indirectly engage[d] or be concerned or interested in’ competitors’ business after her contract ended. Upon her resignation she took a job for a direct competitor and the head-hunter sought from court an injunction to prevent her moving and breaching the non-compete provision. Tillman argued these conditions were void due to the term being “interested in” competitors for a period of six months and holding shares in any such business being too extensive and an unenforceable restraint of trade. Arguably the term “interested in” was wider than necessary to protect Egon Zehnder’s interests and invalid as a restraint to trade.

Non-compete clauses are enforced in employment contracts, particularly for senior positions of companies, to ensure that confidential information is prevented from being distributed amongst competitors. These terms in agreements between both contracting parties prevent competition over a specified amount of time between competing businesses. For non-competing clauses to be enforceable they must have a reasonable term, reasonable time limit and not infringe competition law. Non-compete clauses are subject to the common law principles of non-restraint to trade. In Ms Tillman’s case a worker should not be subject to an unreasonable covenant beyond legitimate purposes after leaving the business for a competing business. If it is proven that a non-compete clause is unnecessary it will be held as void and unenforceable.

The severance rule prior to Tillman was that a provision will be held unenforceable if the removal or addition of terms modifying the clause changes the character of the contract. As evidenced by the outcome in Tillman it has overruled prior law of severance in Attwood v Lamond 1920 as developed over years of case law.

Originally the CoA held the term to be an unenforceable restraint to trade to purse legitimate business interests. Upon appeal to the Supreme Court it was stated the case concerned whether part of the covenant in her employment contract restricting her activities after she had left the company constituted an unreasonable restraint of trade. The Supreme Court held this was not the case, but that, areas may have been deemed unreasonable could have been severed leaving a valid non-compete clause. Arguably this acted as a restraint to trade preventing her ability to work in the immediate aftermath of her employment However, the employer invoked the validity principle, which provides that where a clause is capable of having two meanings, one being void but the other being valid, the latter is preferred.

The concluding important aspect of this appeal was the severance test set out by the Supreme Court. This stated words of similarity to ‘or interested’ can be deleted from the offending clause to remove the unreasonable effect resulting in the rescuing of the covenant.

This ‘realistic’ alternative reversed longstanding authority and provided guidance on the approach to be adopted, which states:

The removal of the prohibition against Ms Tillman being “interested in” a competing business did not generate any major change in the overall effect of the restraints. This decision resulted in the enforcement of the non- compete clause applied in Ms Tillman’s case.  Despite this ruling, the test remains that restrictive covenants should go no further than necessary to protect an employer’s legitimate interests. Non-compete clauses are the harshest and most difficult restrictive covenant to enforce. Therefore, employers still must take equal care when drafting restrictive covenants, as any restrictions that are too wide will now be deleted by the courts, resulting in tedious amounts of times and the expense of litigating over the enforceability of restrictive covenants. Further, employers must consider the commercial importance of taking due care to reviewing and update restrictions when an employee is promoted or changes role. As for some individuals, the terms may no longer be relevant to what an individual is doing within the business.

Restrictive covenants have always aimed to protect businesses secrets, ensure stability and to protect trade connections. They are commonplace in the contracts of senior members of services such as executives across financial services. Tillman is an employee case, but the issue of severance is likely to have a wider impact. This decision has a significant impact on future employment practice by reinforcing and clarifying existing law: if a restrictive covenant is found to be an unreasonable restraint of trade, this will not necessarily render the whole covenant unenforceable.

This decision is vitally important for law firms, partners as well as employment solicitors. As in the future, it is likely employers will argue bad covenants can be rescued through the removal of unreasonable words. Further, it is uncertain as to what effect this change in covenants will have on commercial businesses.

Georgina is currently studying for her LLB at Swansea University.