What Is A Personal Injury Lawsuit? 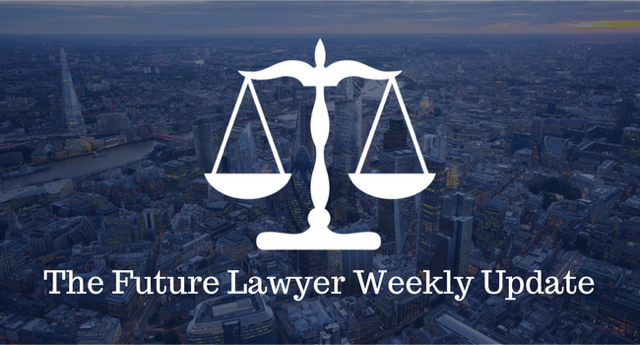 Law: Defense of the courts system

Lord Kerr urges judges to check on the government in defense of the courts system and lawyers themselves. One of the founding principles of the UK constitution is the system of ‘checks and balances’ – most vitally government accountability. The rule of law, as espoused by Aristotle, requires the government to obey the law just as citizens; ‘it is better for the law to rule than one of the citizens…so even the guardians of the laws are obeying the laws.’

This supports, in their entirety, Lord Kerr’s notion that in order for healthy democracy to be upheld, there is a necessity for the government and its ministers to be scrutinized. Despite acknowledging the potential annoyance caused to minsters through legal challenges, he reinforces the age-old values of our legal system and insists they are still relevant.

His comments come after perceived criticism from the Prime Minister and Home Secretary (Priti Patel) blaming “lefty human rights…activist’ lawyers for obstructing immigration controls. Lord Kerr contests this: “They are re-activists. People bring problems to lawyers and lawyers decide whether they can be fitted into some sort of legal framework in which a legitimate challenge can be taken.”
An apparent pushback against government accountability is suggested by the panel of experts created to examine judicial review challenges. The government has expressed the need to balance the right of citizens to question government policy in court against the executive’s ability to govern effectively. Although this is true, there is suggestion that the government believes the balance is currently weighing against their cause. This is again opposed by Kerr: “if we are operating a healthy democracy what the judiciary provides is a vouching or checking mechanism for the validity [of] laws that parliament has enacted or the appropriate international treaties to which we have subscribed … The last thing we want is for government to have access to unbridled power.”

There has been recent concern that the UK is falling down a ‘slippery slope’ following the internal market bill; which enables a breach of international law and exempts some government powers from legal challenge.

Further concern is evoked by the The Judicial Power Project (thinktank Policy Exchange), who have recently questioned the role of the supreme court and even suggested it should be abolished. They justify such a suggestion by stating it encourages ‘judicial activism’ by interfering with government matters. Despite this, Lord Kerr stands strong in his assertions: “The government’s position ought to be strongly tested”.

Parliament’s spending watchdog estimates more than £3bn in furlough money may have been stolen by criminals and dishonest employers.

The National Audit Office (NAO) said there were several ways fraudsters could have abused the system. As a result, between 5 and 10% of the £41bn spent on the scheme could have been claimed fraudulently.

One of the ways the furlough scheme could have been subject to fraud is through organized crime gangs stealing people’s identities. It is expected 2.5 to 5% of furlough money could have been stolen in this way. Companies may also not have known their details were being used for furlough fraud until August as it was only then that HMRC began notifying businesses that they had submitted claims under the scheme.

The NAO also reports fraudulent employers could have been responsible for between 2 and 3% of furlough fraud, primarily by claiming furlough money for employees whilst at the same time forcing them to continue working.
According to the Financial Times, HMRC has already arrested three people on suspicion or furlough fraud and is actively investigating 27,000 more claims that are ‘high risk’.

Meg Hillier, Chair of the Public Accounts Committee said: “HMRC has paid out billions of pounds to fraudsters. Most of this is likely to be gone for good,” “HMRC managed to stop tens of thousands of fraudulent claims against the self-employment scheme. But it doesn’t know how many managed to slip through the net. It also missed chances to find out which companies were pocketing cash meant for their staff or forcing them to work while furloughed.”

Meg Hillier also suggested the Government should publish a list of the companies who received funds under the furlough scheme for reasons of transparency. The Financial Times reported that HMRC intends to publish the list of employers claiming under the new Job Support Scheme.

In addition to furlough fraud, the NAO also found that between 35 and 60% of the amount loaned to businesses through the Coronavirus loan scheme may never be paid back due to fraudulent claims and company defaults.

Under the original JSS rules, employees would be required to work at least 33% of their usual hours to be eligible, for which they would receive their normal full pay from their employer. The Government would then pay a third of the employee’s wages for the hours not worked, with the employer contributing a third also.

On Thursday, however, the Chancellor announced employees need only work 20% of their normal hours to be eligible for the scheme. The employer’s contribution would be reduced to 5% and the Government’s increased to 62%.
In tier 3 where many businesses have been forced to close due to the local restrictions in place, the rules are different. Under the ‘Job Support Scheme: Closed’, the Government will pay 67% of an employee’s normal wages, with the employer only having to pay national insurance and pension contributions.

The Government also announced further grants for businesses of up to £3000 a month in tier 3 and £2,100 per month in tier 2.
Whilst the new JSS will, therefore, be a lifeline for many, there are real concerns that criminals and fraudulent employers will continue to exploit the system.

Poland has one of the strictest abortion laws in Europe. Since 2015, the law and justice government have been promoting Catholic values and have been heavily criticized by international organisations as tainting the independence of the judiciary.

Section 4(a) 1993 Act on Family Planning prescribes circumstances in which abortions may be performed legally. These are acts of criminal behavior (such as rape or incest), when the mother’s life or health is in jeopardy, or where there is a high probability of irreversible impairment to the fetus. In the latter two cases, termination is allowed until the fetus can live independently outside the mother’s body. The statute illustrates just how restrictive it is for a woman to have a legal abortion in Poland.

The Poland Constitutional Tribunal ruled last week that access to abortion on the ground of “severe and irreversible fetal defect or incurable illness that threatens the fetus’ life” is unconstitutional. In 2019, there were reportedly 1,110 legal abortions in Poland, of which 1,074 were performed after prenatal examinations indicated a high probability of severe and irreversible impairment of the fetus. A report also indicates that roughly 3% of legal abortions were performed on the basis of the other aforementioned circumstances.

The ruling was met with immediate condemnation from Poles and women’s rights groups. Thousands of women have swarmed the streets to protest the law in contravention to governmental guidelines on social distancing. Amnesty International also responded that the tribunal’s ruling will “further harm women and girls and violates their human rights”.

This judgement is the latest attempt of Polish lawmakers to ban abortion. In 2016, the government attempted to enact a total ban on abortion, yet this was voted against due to three consecutive days of strike. Opponents for the ruling argue that this is a cowardly move by the government to push Catholic values while the country is still burdened with Covid-19 cases.

The tribunal’s decision could pave the way for conservative lawmakers, who are adamant in promoting Catholic values, to approve legislation that would ban pregnancy terminations in instances where fetuses suffer congenital malformations.