The Uberization Of The Legal Industry 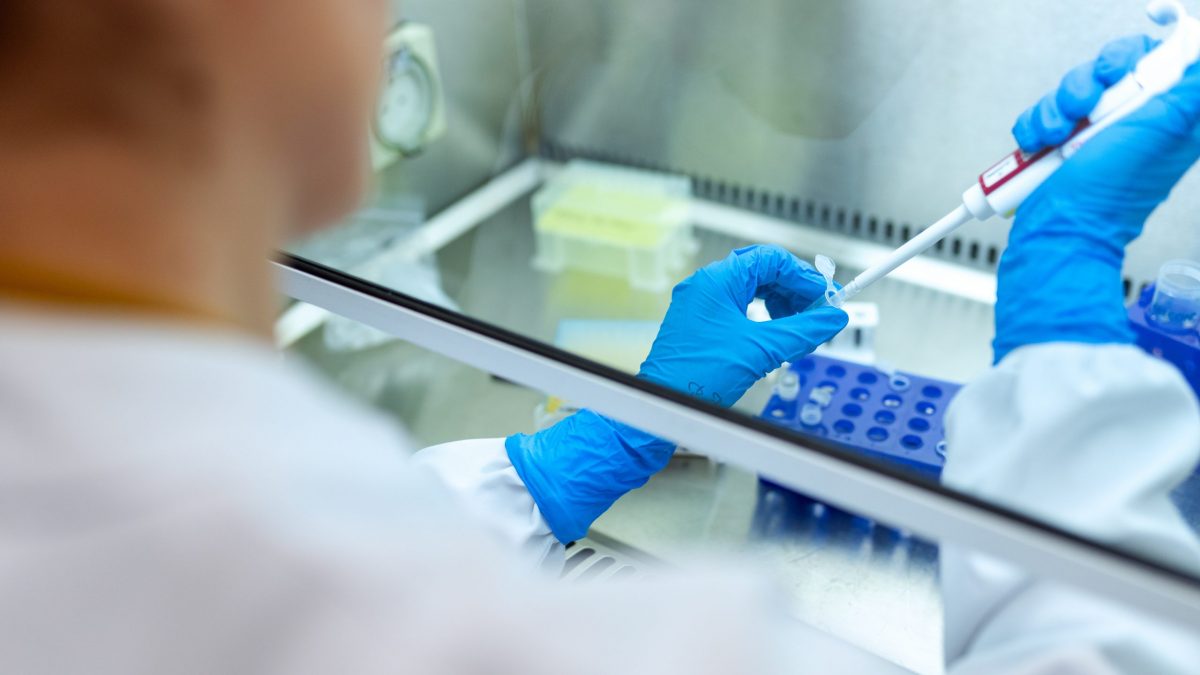 After initially leaving out such figures, it has recently transpired as to the excessive amount of care home deaths that have resulted from the coronavirus. In April, the government officially acknowledged that 8,000 people died in care homes as a result of the coronavirus. However, the accuracy of this can be questioned due to 10,000 additional deaths also being registered. It is no doubt that there are many reasons for such a disproportionate amount of deaths of the elderly in comparison to the rest of the population. Starting with the simple fact that generally their immune systems are much weaker and therefore it is natural to expect higher deaths in that age category. However, does this account for the full extent of the deaths or have the figures been exacerbated by funding and equipment shortages, governmental policies as to reducing the rate of transmission of the virus and the prioritisation of patients.

It is certainly not the time at the moment to be reviewing the actions of either government or workers; looking for mistakes and explanations as to why, in comparison to countries such as Germany, New Zealand or Singapore, the UK has been affected so badly by the outbreak. The saving of lives and the containments of the virus should still be our primary concern. However, as ever, emergency situations come to an end or at some point subdue and it is at that point that critical finger-pointing will arise. There is no doubt that this will first be targeted towards the conservative government. Not wishing to go into too much detail but one can expect such criticism to surround issues such as the lack of preparation, slow enactment of isolation, general confusion surrounding isolation and the excessive measure brought into effect through the Coronavirus Bill 2020 without adequate Parliamentary scrutiny. But it is argued that before long focus will turn to evaluate the actions of hospitals and NHS workers- which would see a dramatic U-turn from the nations Thursday night claps. It is predicted that very soon frontline doctors and nurses could be scrutinised for choices they made while working through the pandemic and this calls into question what defences would be applicable.

It is the purpose of the article not only to look at the civil statutory provisions in the Coronavirus Bill 2020 that work to protect NHS key workers; but also, to look further beyond the legislation and to the criminal law to evaluate whether a further common law defence may be needed.

Clinical negligence and statutory indemnity under the Coronavirus Bill 2020
It is evident that the coronavirus pandemic has created unprecedented circumstances that the health service was not ready for- creating stressful and intense environments for medical staff that have been exacerbated by the shortages of PPE and equipment. Along with the fact that there is limited knowledge surrounding the virus or how to effectively treat it, it is likely that careless mistakes will inevitably have been made by medical staff. However, the Coronavirus Bill 2020 recognises the increased stress that is being put upon health care services and practitioners during the outbreak and contains an indemnity clause. This means that the Secretary of State for health and social care can provide indemnity for clinical negligence liabilities of health care professionals arising out of the coronavirus outbreak. And ultimately that there could be no tortious liability for any clinical mistakes during this period. The rationale behind such a clause can easily be appreciated: it excuses those working in extremely trying situations and allows hospitals to try and tackle the situation (possibly trying ‘new’ or ‘different’ treatments) without the looming threat of being held liable.

However, does this mean that all mistakes should simply be brushed under the carpet? To what extent should the circumstances be a defining feature in the liability of those that have been negligent? It is argued that it is clearly a contextual consideration that needs to be taken into account however, it should not have been enforced in such a way that could allow blanket immunity- this would provide significant injustice to patients affected and a lack of recognition of inadequacies within our health system prevents improvements being made in terms of efficiency and the speciality of staff. In the context of Brexit with the probable loss of many doctors and nurses, improving such flaws is crucial.

Prioritisation- Need for common law defence?
The shortages of funding, equipment and facilities of the NHS has meant that not everybody that has been infected has been able to receive the necessary treatment. This issue has been dealt with by prioritising certain groups of people over others for treatment- with a reference to the elderly (explaining the figures stated at the beginning of the article). Many infected people from care homes have been sent back to such care homes – ultimately being refused treatment in hospitals. Not only does this raise the political accountability issues for the government as to poor policy decisions and a failure to contain the spread (the inevitability of spreading the virus around the care homes) but it also raises legal problems in the criminal sphere. When such a decision to ultimately refuse treatment is made, this opens doctors and the hospital up to potential criminal charges in theory. Once the patient has been accepted into the wards of the hospital (for example, by being given a bed or basic tests/ care- especially if they have been tested for the coronavirus) then the medical staff have assumed a duty of care over that patient (see Barrett v Ministry of Defence, R v Stone and Dobinson). Therefore, in omitting to give further potentially life-saving treatment with the knowledge that without such the patient will almost certainly die, sees the possibility of murder being committed. With the actus reus and mens rea of murder being respectively: the death of a human being caused by the defendant’s acts or omissions (Coke 3 Inst 47); intention to kill or cause GBH (R v Cunningham).

Then how are removals of care- for example, those in vegetative states explained? This is the issue at hand in the authority of R v Bland: the victim was a young supporter that had been involved in the Hillsborough disaster and reduced to a vegetative state. The hospital applied to the court to receive permission to discontinue life-sustaining treatment which was granted. The court held that the withdrawing of treatment should be viewed as an omission: that the doctors are refraining from giving treatment rather than actively bringing the victims life to an end. However, omitting to act when a duty has been established compelling the opposite would still be culpable. The court enforced a form of ‘best interest’ necessity – that there was no duty for the doctors to act if not treating him was in his best interests (there was no chance of improvement and the care was simply life-extending), which means no duty and no culpability for not acting. It is argued that this cannot be satisfactorily applied to the situation at hand: omitting to give care to the elderly and turning them away due to scarce resources that are being used for others (that have a better chance of surviving) is clearly not acting in their best interests.

Moreover, the previous statutory defence discussed will be of little use- being a civil defence to negligence charges. This begs the question of what criminal defences would apply to possible homicide charges? And is this the time for the expansion of the ‘lesser evil’ necessity defence as proposed in ‘Re A: Conjoined twins‘ case to become widely accepted- as it is argued that this case is much for analogous to the current situation. The Conjoined twins case, as some may remember, concerned two sisters: Jodie was the much stronger child supporting the two and it was on her that Mary relied upon to sustain her life. However, Jodie would not be able to support them both for much longer and if no action was taken then it was likely that they would both die. Therefore, the question came before the Court of Appeal as to whether surgery, that would bring forward the death of Mary (who was expected to die soon anyway) in order to save Jodie. The court found that it would be lawful for the operation to go ahead and that the doctors carrying out the surgery would be protected against a murder charge due to the defence of the doctrine of necessity. This was reasoned on the basis that in the circumstances where the lives of two individuals are in direct confliction, the ‘lesser of two evils’ needs to be chosen. In this case, the lesser evil was carrying out the operation: this would save Jodie’s life (who had a reasonable chance of survival) but cutting short Mary’s (that was soon inevitable) instead of allowing both to die. Another factor, which distinguished the case from the well-known cabin boy case of R v Dudley and Stephens is that Mary was deemed to be ‘sucking the lifeblood out of Jodie’ – with Ward LJ establishing the influence of a quasi-self defence context.

Could the reasoning in ‘Re A: Conjoined Twins ‘ as to the ‘lesser evil’ necessity be relied upon to protect health care workers during the coronavirus if necessary? To the scenarios where younger people or those more likely to survive are prioritised over the elderly? It is likely that the additional differentiating aspect highlighted by Ward LJ of ‘quasi self-defence’- that there needs to be some form of ‘threat’ or ‘endangerment’ by the victim on the other would prevent this. It is clear that elderly people are no threatening the lives of others. Unlike as in the Conjoined twins case, they are not the source of the problem- this is externally created by the lack of funding and equipment.

However, there could be the general acceptance of ‘lesser evil’ necessity as a defence- in line with the outline proposed by Sir James Stephen: ‘(1) the act needed to avoid inevitable and irreparable evil; (2) no more should be done than is reasonably necessary for the purpose to be achieved; (3) the evil inflicted must not be disproportionate to the evil avoided’. (As set out by Brooke LJ in Re A: Conjoined twins).
With the policy of prioritisation being held to choose the ‘lesser evil’ in the circumstances.

Would such a defence be morally and ethically acceptable?
The whole issue at hand circulates around the need to uphold the principle of the sanctity of life and prevent as much total harm as possible being inflicted. But, the prioritisation of the younger leads directly to the conclusion that society places a higher value on some lives over others. Seeing a greater value and use in the young (possibly because of their higher economic value) and forgetting the experience, wisdom and past value of the elderly. Do we simply get to an age where we are discarded by society? This is the view that the justification of such a policy enforces.
Alternatively, and less downheartedly, is the choice of prioritisation of the younger a ‘lesser evil’ simply due to their statistically greater chance at survival?

Or is this still too narrow- failing to take into account the potential spread of the virus among others. In care homes it is very difficult to isolate and contain the virus- therefore, the sending of patients back to the homes is not simply determining that individual’s fate but the fate of the entire home.