Case Backlog at Half a Million: Time to Extend the Court Day? 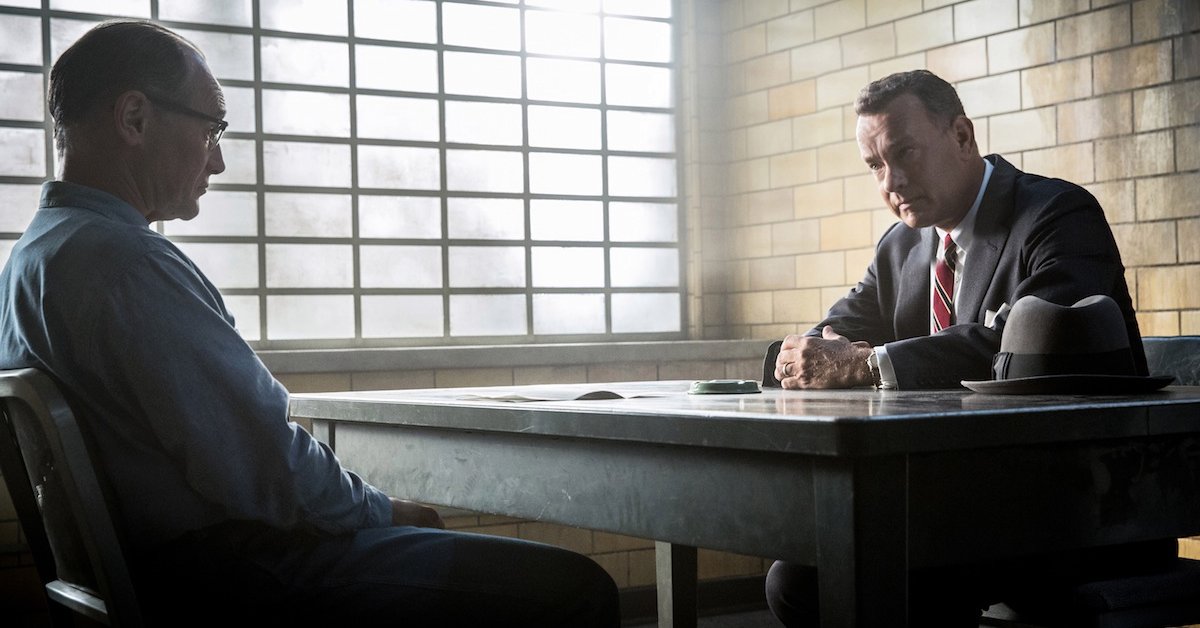 In this image released by Disney, Mark Rylance, left, and Tom Hanks appear in a scene from "Bridge of Spies." (Jaap Buitendijk/DreamWorks Pictures/Fox 2000 PIctures via AP)

About Bridge of Spies

Bridge of Spies (2015) is an Academy Award nominated film about the defence of an alleged KGB spy. The defence counsel, James Donovan, is played by Tom Hanks and the alleged KGB spy, Rudolf Abel, is played by Sir Mark Rylance. The film is based on a true story and is set during the Cold War. It is about the trial of an alleged spy and it explores the tensions between the Soviet Union and the USA. It was written by Academy Award winning writers, the Coen brothers and directed by Academy Award winner, Steven Spielberg.

The film shows us the bias that was held by members of the judiciary in the United States of America. We see the judge dismiss Donovan’s plea for a postponement because of the “political significance” of the prosecution of an alleged KGB spy. Donovan is not given adequate time to prepare for his case and he is required to prepare his case in a short amount of time. This is not something that many of us will encounter because there is usually a significant amount of time between court dates. However, it is important to be able to work to a deadline and it could be useful to set yourself deadlines because this can help you to manage your caseload. This can also be useful to help you manage university assignments.

As mentioned above, the film shows us how quickly the judge makes an assumption of guilt. Sir Rylance’s Rudolf Abel is not given a fair trial and access to justice is something that we have discussed many times before. It is a tenet of the rule of law and it is something that every practising advocate, barrister and solicitor should be mindful of. It is understood that there is a presumption of innocence and this is often not the case. The media and the general public tend to draw their own conclusions about events that have transpired. It is something that can have a detrimental impact to court proceedings and could colour the view of the jurors. There are limitations placed on what the media can report, and the judge usually directs the jury to avoid reading any publications or any information about the case. This is because the jurors are the masters of the facts and if they were discussing the case or reading anything about the case, they would be given the opinions of other people, and this could skew their judgement.

There are a few other things that Bridge of Spies covers; however, it would spoil the film for anyone that hasn’t seen it. I would recommend watching the film because it is an interesting take on the Cold War and the performances by the cast are fantastic. Next week, we will turn our attention to The Lincoln Lawyer; starring Matthew McConaughey and Marisa Tomei.

This is the tenth article in a series of articles that The Student Lawyer will be publishing on films about lawyers and court cases, we want to give you the content that you want, if you have any recommendations, please contact The Student Lawyer or Makki Tahir on LinkedIn.