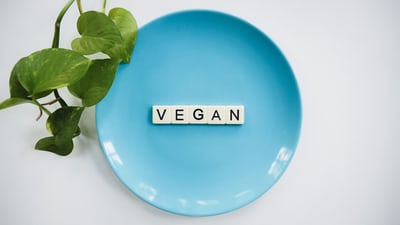 Have you ever wondered why some people resort to extreme vegetarianism by avoiding meat, eggs, milk and even mayonnaise?  This meatless lifestyle is rooted to the Meditarian and Indian tradition that promotes benevolence among all species; is recognised in religions such as Buddhism and Jainism. But how does UK law protect this belief? And if it does, what kind of beliefs does it protect? Until recently, the Equality Act 2010 was not explicitly clear on this aspect. We will understand how the law protects your beliefs in the context of Mr J Casamitjana Costa v The league against Cruel Sports[1], which was before Employment Judge Postle.

Mr Casamitjana (“claimant”), a qualified zoologist was an employee at The League Against CruelSports (“respondent”), an animal welfare charity that campaigns against sports such as fox hunting, stag hunting and hare coursing.  The claimant is an ethical vegan, which means that he not only follows a vegan diet but also opposes the use of animals for any purpose. While the claimant was an employee of the respondent (The League Against Cruel Sports), he made enquiries regarding the usage and investment of the respondent’s pension funds. The claimant found that the funds were invested in companies that harmed animals. Consequently, he took steps to ensure that the investments were directed to an “ethical fund” and e-mailed his colleagues regarding his findings and steps he sought to initiate. In light of this, the respondent dismissed the claimant for gross misconduct.

Casamitjana instituted a suit against the claimant on the grounds of indirect discrimination, direct discrimination or harassment and victimisation by reference to his belief in ethical veganism. The basis of his claims is built on the recognition attributed to a belief under Section 10 of The Equality Act 2010

How does the law recognize the importance of your belief?

Section 10 of the Equality Act 2010 stipulates that any belief whether it’s religious or philosophical or not believing a belief is protected. This means that you have the right to manifest your religion or belief in any manner so long as it does not disrupt public health, health or morals, or for the protection of the rights and freedom of others.

Legal recognition doesn’t mean anything if it does not provide for how your right is protected. In this regard, Article 14 of The European Convention on Human Rights(“ECHR”)states that you cannot be discriminated against your freedom to possess or exercise your beliefs. that the Freedom of thought conscience and religion is considered as one of the foundations of a democratic society within the meaning of the ECHR. From the religious dimension, it is one of the most vital elements that goes to make up the identity of believers and their conception of life, but it is also a precious asset for atheists, agnostics, sceptics and the unconcerned.

How did Judge Postle decode the case?

Judge Postle had to figure out whether the belief that was genuinely held in the manner that was not just another opinion or view.[2] In other words, the belief was to be based on weighty and substantial aspect of human life and behaviour. Judicial precedent states that he must determine the degree of importance if the belief attains a certain level of:

In effect, this belief must be worthy of respect in a democratic society, not be incompatible with human dignity nor conflict with the fundamental rights of others.

Judge Postle found that since the claimant conducted his life on the philosophy of veganism, the belief was genuinely held. In addition, he found that ethical veganism carries an important moral essential and was rooted to the longstanding tradition of recognising moral consequences of non-human animal sentience which was upheld by both those who believe in a religion and atheists alike. In the present case, Judge Postle found that since the claimant’s daily routine was dictated by the auspices of the philosophy: it was not simply a viewpoint, but a real and genuine belief.

Insofar as the belief itself was concerned, Judge Postle found that the focal point of the philosophy was between the interaction of human and non-human life in a manner that seeks to avoid the exploitation of fellow species. Thus, it constitutes a weighty and substantial aspect of human life and behaviour. The belief concerns the relationship between individuals and other living things in diet, clothing, consumption, travel and relationships and indeed many other aspects of daily life / living. Thus, he held that the criteria of cogency, seriousness and cohesion were satisfied. He concluded that there was overwhelming evidence regarding ethical veganism being recognised nationally, particularly by the environmental benefits of vegan observance. Thus, being worthy of respect in a democratic society and compatible with human dignity; effectively, a protected characteristic under The Act.

Thus, Judge Postle permitted the case to be heard on Full Merits Hearing which is listed at Watford Employment Tribunal commencing on 24 February 2020 and concluding on 6 March 2020.

What is the significance of this case?

I believe that this case serves as a reminder to foundational aspects of democracy. By extension, I mean that the democratic system of the society is essentially wired to accommodate the co-existence of views, opinions and religious practices. To discriminate on the basis of adhering to a particular philosophy or opinion is impermissible in this system. To do so would not just undermine the foundation of the system, but would effectively lead to a chaotic society without free speech.

[2] Paragraph 22,23 and 24 of R (Williamson) and Others v The Secretary of State for Education and Employment.