Thomas Cook Collapse: A look into the firm’s insolvency procedure

Councils or the Courts – Who reigns Supreme? 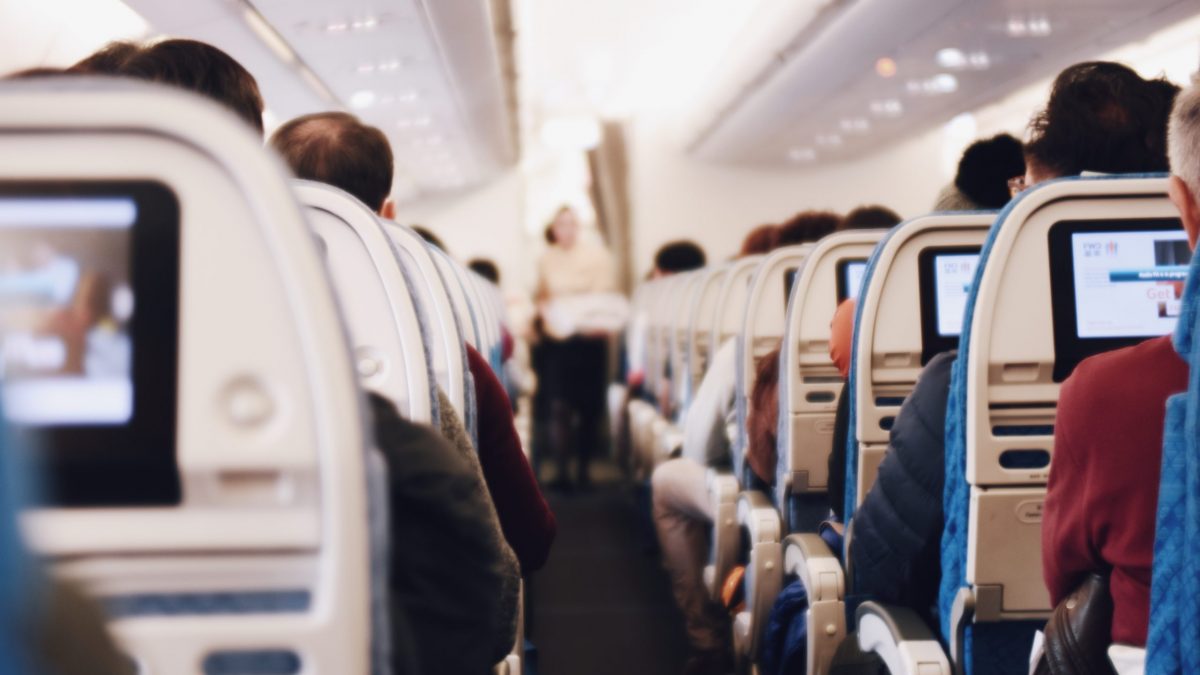 The last 20 months have seen the collapse and subsequent winding up of many big-name companies and franchises in the UK. 2018 saw the collapse of British Steel and Carillon, with the majority of 2019 witnessing numerous administrations and winding-up orders especially in the UK High Street Retail. It, therefore, came as a shock for some and as expected for others when Thomas Cook was announced to have collapsed early on the 23rd of September. Thomas Cook, often described as travel agency royalty and ‘the world’s most iconic travel brand’ experienced a significant chain of events before leaving several of customers and employees shocked when it fell. This article examines these chain of events, as well as the compulsory liquidation process the company embarked on after. Discussions would also present an overview of liquidation and administration and their differences, the precedent set in British Steel [2019] on the administration process for insolvency. Further, the article will touch on the argument why it would be nearly impossible for the company (Thomas Cook) to undergo administration successfully.

By way of background, Thomas Cook is recorded to have had £9billion in annual sales, with 19 million customers a year, having 800 000 future British bookings and 22 000 staff operating in 16 countries, with 9 000 operating in the UK. The firm’s value is said to be in its brand and customer loyalty, which can be attributed to why 2018 summer was especially difficult for Thomas Cook, profit-wise. Thomas Cook’s debt issues are said to have risen from £1.25 billion to £886 million in 2018, and the company eventually made a loss of £1.4 billion during the first half of 2019. Commentators on the Thomas Cook collapse describe the timeline as having a combination of meteorological, political and economic factors leading up to the firm’s decline. Given the fact that Thomas Cook’s value was in its goodwill (the loyalty of customers and dependence on customer habits), 2018 summer was not particularly favourable to the firm, where the unprecedented heatwave in the UK meant customers put off travel and overseas holidays and stayed indoors. As such, changing customer habits from 2018 summer saw an exponential drop in the firm’s value. Overall, changing customer habits have affected various customer-centred sectors in the UK and the travel sector. Customers are tending towards booking their holidays themselves or with family members without the need to do it through a travel agency third party. Added to this was the high level of operational disruption the firm encountered with its aviation services, as well as growing uncertainty over Brexit from late 2018. So how did Thomas Cook systematically collapse?

September 2018: Thomas Cook issues a profit warning after experiencing a decline in its profit from summer 2018.
February 2019: Thomas Cook’s Airline business was put up for sale to generate profit, owing to the extremely low start at the beginning of 2019.
May 2029: The firm’s value is rated zero in a CitiBank Report, with a price target of zero and a recommendation to sell.
June 2019: After creating bids for purchase for the various parts of the group, none of these bids received was likely to generate enough profit to deal with the debt and liquidity issues.
August 2019: Thomas Cook announces that it’s ‘long-term future was secured’, as explained by The Independent, after it had secured a deal with Fosun (a Chinese conglomerate and investor) to sell its tour operation business. This ‘rescue plan’ is said to have invoked £750m of funding to provide some degree of financial stability and flexibility towards the future.
September 2019: Thomas Cook last-minute attempt to finish a ‘last-ditch’ sale with Fosun led to a last-minute demand for an extra £200 billion which unfortunately fell through and more than likely pushed the firm over its financial edge. After this event, the firm experienced a high demand for prepayment by its crucial suppliers. Along with a mass cancellation of holidays, a winding-up petition was issued for its group and subsidiaries.

Thomas Cook has experienced a similar situation to this eight years ago, where the firm was very close to insolvency due to the massive debts accrued. Fortunately, the company was rescued through emergency loans gotten from a group of banks, led by a Royal Bank of Scotland. However, this time, the company was not as lucky as it was in 2011. Before the collapse, Thomas Cook made attempts to appeal to the government for a bail-out which the Labour Party believe could have saved thousands of jobs. Some commentators believe that the reason for lack of a bail-out, in this case, stems from the fact that a moral hazard could be created for businesses in the long-run if the government was consistently handing out bail-out packages to big companies after collapsing. This could potentially lead to firms taking bigger and increased risks in the course of operating with the belief that the government would always protect them and provide bail-outs.

Why did Thomas Cook enter Compulsory Liquidation as Opposed to Administration?

A starting point in understanding this would be from Re British Steel [2019] EWHC 1309 (Ch). British Steel, a steel manufacturing company in the UK, entered compulsory liquidation when administration appeared as a more likely insolvency procedure for the company to enter. The court based its decision on the fact, although it was possible theoretically for the company to enter into administration, it was not a viable option for the following reasons: (i) trading difficulties, (ii) debt issues and (iii) most importantly, environmental, health and safety issues connected to British Steel’s business. The third reason created a public interest issue, which subsequently deterred accounting firms from acting as the Insolvency Practitioner or Administrator in a case where British Steel desired to enter administration. As such, the question many are asking, in relation to the precedent set in British Steel, is as to whether this case has created a new era where compulsory liquidation is more prevalent and likely to be court-ordered in situations where administration is possible or even expected. Especially where the public interest is concerned.

Looking at the circumstances around Thomas Cook’s collapse as well as the ripple effect caused to the society as well as the employees and customers, a public interest issue is derived after understanding the degree and extent of the firm’s collapse. This includes the loss of 9, 000 jobs in the UK, customers left stranded, and a dent in the aviation sector is created. Additionally, Thomas Cook is known to have experienced a serious flaw in the administration system, which was worsened by the operational disruption and mismanagement as reiterated earlier. All these factors combined made it impossible for the firm to successfully pass the criteria to enter into administration, following British Steel.

Thomas Cook entered a compulsory liquidation as opposed to administration as part of its insolvency procedure. This suggested that there was not going to be an attempt to rescue the company. What is the difference between administration and liquidation? Compulsory Liquidation is an insolvency procedure under the Insolvency Act 1986, which involves shutting down the company forcibly. It is a process which is usually initiated by either the creditors or a court order through a winding-up petition. As such, in this procedure, the assets of a company are realised and distributed to the company’s creditors. In Thomas Cook’s situation, the company started the process on the 23rd of September, after appointing an official receiver as liquidator as well as special managers to handle the process.

In compulsory liquidation, the process begins once the winding-up petition is filed at court. Consequently, a Judge decides at the court whether the petition presented is appropriate enough to make a winding-up order. Once this is deemed and after taking into consideration all the necessary factors, an official receiver is court-appointed, as in Thomas Cook’s case. Then the company is dissolved after all the assets are distributed. These are distributed in preferential order, with the secured or preferential creditors getting the share of dividend or pay-out first. The surplus is then made to anyone else entitled to it, such as unsecured creditors or those with floating charges (like banks) who get their share on a pari-passu basis.

Administration is perhaps the more popular insolvency procedure entered into generally by many companies or organisations. In administration, the first and major objective of this procedure is to rescue the company so that it can continue trading as ‘a going concern’, as highlighted in the Insolvency Act 1986. Therefore, the administrator must aim to rescue the company first. In a circumstance where this is impossible, only then the administrator must achieve a better result for the creditors than it would have likely achieved if put into liquidation. This supports the rescue culture, which is popular in UK insolvency law. A company’s potential in entering administration is said to be dependent entirely on the ability and capacity of a professional services firm, investor or organisation to fund the company once it enters the administration procedure. Administration also considers the firm or investor’s ability to line up potential buyers and eventually make a return on its investment into the bankrupt company. Administration under the new law, The Enterprise Act 2002, combines features of the procedure under the 1986 Act (the court-based procedure) and allows parties exercise a right of appointment directly, including floating charge holders.

Where does this leave Thomas Cook?

As part of the effects of compulsory liquidation, the dismissal of employees in Thomas Cook creates short term impacts. Firstly, the employees now obtain a right to claim redundancy payment as well as holiday and notice payments from the Insolvency Service. In extreme cases, compulsory liquidation allows employees to claim damages on the ground of unfair dismissal, although it is unclear whether any employee can succeed with this claim given the situation. Customers can recover their money under the Customer Credit Act 1975 only if they have made payments with a credit card. However, other customers may be left at a loss as to whether they are able to recover any pre-payments made.

Overall, this procedure leaves the company open to discussions about potential regulatory issues, the scope of insolvency law regarding compulsory liquidation as well as future contingency plans for customer reparation.