Who is the new UKSC president

Writing a First-Class Dissertation: An Introduction to the Series 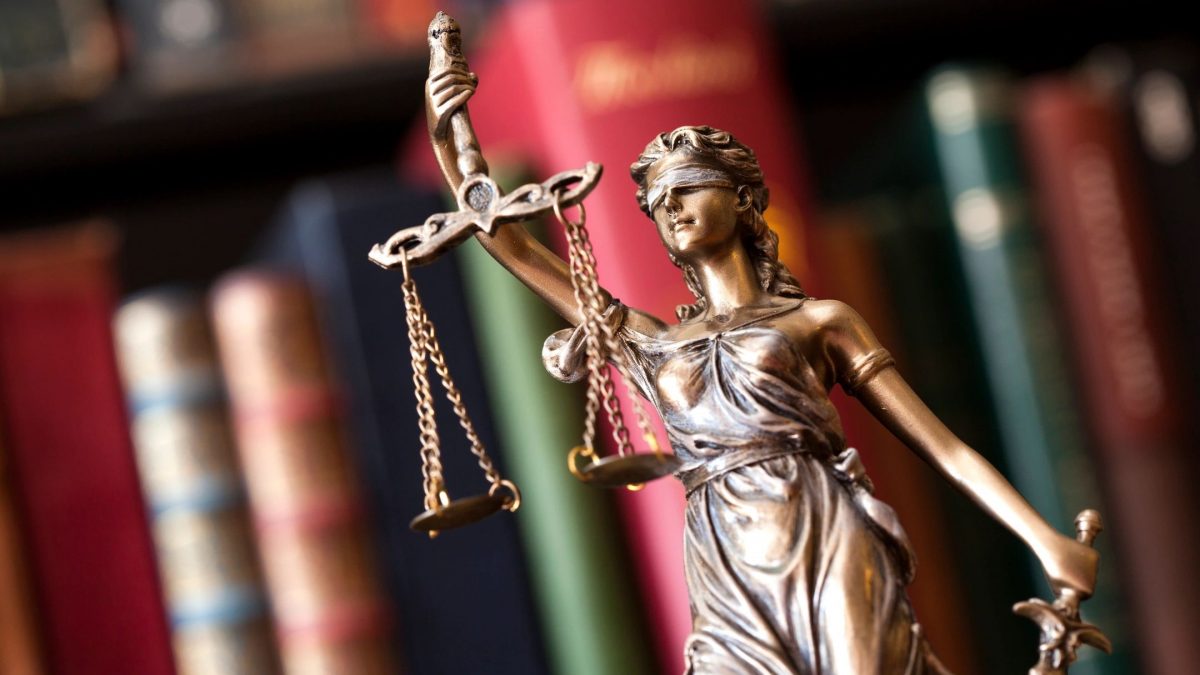 The UK Supreme Court has been dominating the news recently, with the September Prorogation ruling reinforcing the power of the justices and their ability to keep the executive in line. Yet, another important development within the court cannot be overlooked: the selection of a new President.

Following the recommendation of then PM Theresa May and the Lord Chancellor, the Queen appointed Scottish Judge Lord Reed to take the place of current President Lady Hale, who must retire from her position in January next year as she turns 75. Having sat as President since 2017, Hale’s departure will mark a significant change, with this justice often delivering rulings that dissented from the majority, and never letting her concern for the promotion of equality be forgotten. Moreover, as each justice will offer a unique perspective, the appointment of Lord Reed, currently Deputy President, will change the overall direction of the court’s opinion.

Here’s brief run down on the Court itself:

The highest Judges in the UK previously sat in the House of Lords as the Appellate Committee of the House. These 12 Judges, known as the Lords of Appeal in Ordinary, or ‘Law Lords’, were highly knowledgeable and experienced lawyers, appointed as members of the House and, at times, conducted a legislative role with the other Lords in Parliament.

However, in 2005, the Constitutional Reform Act saw the end of this arrangement. Four years later, the UK Supreme Court was set up, passing the judicial authority of the Lords to a new independent Court. All the existing Law Lords became the first Justices of the Supreme Court, yet they no longer had an influence over legislation, and all future justices appointed to the court must go through an independent appointments commission.

The establishment of a new court was remarkable, as it ended the fusion of the legislature and judiciary that existed when the Law Lords sat in the House – thus creating more transparency. The separation was emphasized by the physical transfer of judicial work away from Parliament and into a new home, the former Middlesex Guildhall. This is the final court of appeal for civil cases for in the UK, and for criminal cases in England, Wales and Northern Ireland, hearing appeals of constitutional importance or on significant points of law. In the Court’s first legal year the justices showed no hesitation, deciding in one appeal that pre-nuptial agreements have legal weighting. Despite not being able to strike down Acts of Parliament (like the US Supreme Court), the Court has continued to make important rulings, such as holding the police liable to be sued for compensation – after poor conduct during the John Worboys investigations. In September, the justices ruled that the Prime Minister’s suspension of Parliament was unlawful and void, reversing the actions of Boris Johnson and allowing Parliament to reconvene in its scrutiny of the Brexit legislation.

Who is Lady Hale?

Lady Hale – aka Brenda Marjorie Hale, Baroness of Richmond – is the current president of the UK Supreme Court, holding this title since 2017, having been Deputy since 2013. Born on the 31st of January 1945, Hale turns 75 at the beginning of next year, and is required to step down from her position. This is 5 years older than the usual retirement age of 70, but an exception was made for Hale as she was one of the original justices transferred from the House of Lords.

Hale studied Law at Cambridge University, one of only six women in her class, and graduated at the top. She then followed a more academic legal route, becoming an assistant lecturer of what became the University of Manchester, and after qualifying as a barrister, she worked part-time as a Professor of Law at Manchester. Hale specialized in Family Law, authoring the notable case book ‘The Family, Law and Society’, and in 1984, she was the first woman to be appointed to the Law Commission – the Law reform body for the UK. Here, she continued to make her mark, contributing to the passage of the Children Act 1989, which promotes the best interest of children when decisions are made for them, as well as the Family Law Act 1996, and the Mental Capacity Act 2005.

To add to her resume, the Hong Kong Judiciary appointed her as a non-permanent judge of the final Court of Appeal in 2018 – with the Hong Kong Court utilizing justices from other common law jurisdictions.

Outside of the courtroom, Hale is a mother and exercised her skills as a judge on ‘MasterChef’ in 2018, participating in a special episode of the BBC program that marked 100 years since women were allowed the vote. Evidenced by her remarkable career, Hale is constantly championing gender equality and the fight to create a society where only our hard work and contributions award us success. The senior judge has criticized the lack of representation at each level of the judiciary, recently commenting on the stagnant numbers of female judicial appointments, and the need for increased diversity on the bench, when interviewed at a Cambridge Women In Law event.

With a motto that translates as “women are equal to everything”, she has always used her work to promote the position of women and the less privileged. She even objected to the tradition of judges and barristers wearing wigs, describing them as “men’s wigs” that are outdated in a society that has moved “beyond” this formality.

The UKSC decision given this September on Parliament’s Prorogation will no doubt go down in history as an example of the judges setting out the limits of executive power and maintaining their authority to rule on such matters. President Hale delivered the remarkable judgement herself, deciding that the suspension of Parliament by PM Boris Johnson was unlawful. This was because it, unjustifiably, “had the effect of frustrating or preventing” our elected MPs from conducting their constitutional role. Consequently, Parliament returned, and MPs were able to question Johnson about his reason for the suspension and plans for the UK’s withdrawal. Since September, we have seen the Brexit deadline allowed a further extension and callings for an early general election in December – developments that wouldn’t have occurred if the Court did not intervene and restore order.

Who is Hale’s replacement?

When Lady Hale steps down, she will be succeeded by the current Deputy President of the Court, Lord Reed. As one of only two Scottish Judges, Reed will be the first Scot to become President, with a wealth of legal and judicial experience behind him.

Reed studied Law at the Universities of Edinburgh and Oxford, becoming a qualified advocate in both England and Scotland. Throughout his career he has specialized in prosecuting serious crime cases, sat on the judicial panel of the European Court of Human Rights, and is a non-permanent judge of the Hong Kong Court of Final Appeal.

Unlike other justices, he is also established in the Scottish Court system, having been made a member of the Outer (from 1990 – 2008) and Inner (2008 – 2012) Houses of the Court of Session – the Supreme Civil Court of Scotland. Appointed to the Supreme Court in 2012.

Reed was not one of the original Law Lords, but his work in the Court has been significant. He assumed the role of Deputy President in 2018 and, apart from Hale, he has made the most public speeches, for example speaking in March about the Protection of Childrens’ Human Rights under the ECHR. Now married with two children, Reed is 62 – an important age as, considering the President of the Supreme Court can sit until reaching 70, he could become the longest serving President we have seen so far.

Upon the finalization of his upcoming appointment, Reed declared that he would continue to “champion the Rule of Law”, promote “public understanding of the role of the judiciary”, and maintain the “high regard” with which the Court is globally held. Moreover, Reed has received positive comments from other senior lawyers, with Hale herself praising his work in “developing the common law” and leading barrister Lord Pannick QC stating that the appointment of any other would have been “surprising”.

In 2017, a notable ruling from Reed declared that government fees for employment tribunals should be overturned due to their preventing access to justice for workers. He stated:

“Without such access, laws are liable to become a dead letter, the work done by Parliament may be rendered nugatory, and the democratic election of Members of Parliament may become a meaningless charade. That is why the courts do not merely provide a public service like any other”

This decision was criticized for being an overly invasive extension of judicial power. Also, in 2017, he was one of the three dissenting judges in the Miller case, which found that Thereasa May must seek the approval of MPs before triggering the Brexit process. Differing from the majority decision, Reed wrote in his judgement:

“The argument that withdrawal from the EU would alter domestic law and destroy statutory rights, and therefore cannot be undertaken without a further act of parliament, has to be rejected.”

What does this mean for the Court?

Reed’s breadth of experience and time as Deputy makes him an obvious choice for Hale’s successor, and his willingness to oppose employment tribunal fees set by the government, as mentioned above, suggests that judicial activism will continue into the Court’s future. However, the change in the bench’s gender balance is concerning for some, with Hale’s retirement leaving only two female justices; Lady Black and Lady Arden. The confirmation of an additional three male justices, who will take their seats in 2020, further slants gender representation in the Court. The three newcomers are; Lord Justice Hamblen, Lord Justice Leggatt, and Professor Andrew Burrows, who will join the Court in January, April and June respectively.

Hamblen was educated at Oxford and Harvard Law school, practiced at the Bar nearly three decades, and sat as a Recorder and a High Court Justice, all before appointment to the Court of Appeal. Educated at Cambridge and Harvard, Leggatt specialized in commercial cases when practicing at the bar, and similarly sat as a Recorder and High Court Justice before being appointed to the Court of Appeal. Burrows, on the other hand, is the ‘Wild Card’ appointee, as his Oxford and Harvard education, as well as time spent practicing as a barrister, led him down a more academic route – sitting as a Law Commissioner in the 1990s and currently as a Professor of English Law at Oxford.

Whilst the latter offers diversity of experience, the three new appointments are all Oxbridge educated and do not further the need for gender and minority representation at the highest judicial ranks. However, this does not detract from the valuable insight they will bring to future cases, with Hale herself stating that she was “delighted” to welcome their appointments.

With the new Justices joining the bench in 2020, we have not yet seen the end of Hale’s presidency, and it is unlikely that her fight for equality in the Law will continue for years to come. Moreover, Reed’s appointment leaves the role of Deputy President vacant. An announcement from the judicial appointments commission as to the new Deputy is expected before next January, and TSL will return with an update on this, as well as the decisions of the new bench, in the upcoming months.