The Internet: Human Right or Privilege? 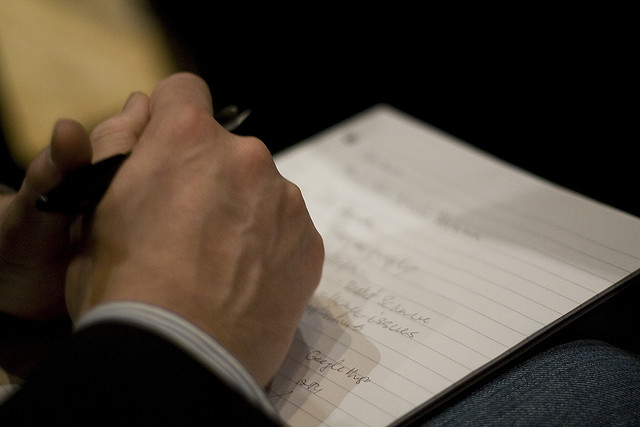 To many, Eddie Irvine is known only for being a small town boy who made it driving for Ferrari in Formula 1. More recently, he has been sentenced to six months in prison for brawling in a bar in Italy. That was, however, not his first court appearance. In 1990 he successfully sued Talksport for using a photo without his permission. This was significant as it was the first time anyone had successfully done so using passing off. As discussed in my previous article, passing off can prove to be a useful tool when protecting others from piggybacking off your hard work. The Irvine case, however, shows that it has also developed to allow for protection of characters, both real and fictional.
In the past the courts have struggled with the need for a common field of activity, causing many passing off claims to fail. As it is only covered by the common law, the case law has developed on a case by case basis, becoming increasingly strict as the judiciary appear to accept the possibility of commercial success.

The case law – a brief timeline
The difficulties with the common field of activity hurdle began as long ago as 1947. McCulloch v Lewis A May [1947] 2 All E.R. 845 involved a popular children’s radio broadcaster, known as Uncle Mac. The defendant began selling ‘Uncle Mac’s puffed Wheat’ without the permission of the BBC, Uncle Mac’s employer at the time. Not only did the cereal use the name ‘Uncle Mac’ it was also designed in such a way to associate the cereal with the celebrity. However, despite such close connection, the court found for the defendant. At the time the court were unwilling to accept that the public were aware of merchandising activities. Therefore, as the claimant was a presenter and not a cereal manufacturer, there could be no passing off claim.

This approach was subsequently confirmed and even taken one step further in Lyngstad v Anabas [1977] F.S.R. 62 . Here, the claimants attempted to prevent the sale of t-shirts bearing images of pop group, ABBA. The action once again failed on the common field issue. What differs from McCulloch v May, however, is that ABBA had its own official line of merchandise but the group’s activities were still supposedly too far removed. Perhaps most ironic was the decision in Tavener Rutledge Ltd v Trexapalm Ltd. [1975] F.S.R. 479. Not only was the defendant allowed to produce lollipops based on a television detective, Kojak, they were also able to successfully prevent a licensed manufacture from producing a similar product.

As other jurisdictions, such as Australia, started to realise the true potential of character merchandising and the accompanying commercial gain, the UK courts caught up. True recognition of the utility of passing off in such claims came through the decision in Mirage Studios v Counter Feat Clothing Co. [1991] F.S.R. 145. This case involved the production of clothing bearing images of the Teenage Mutant Ninja Turtles. Mirage Studios made significant profit from the sale of merchandise, so it was unsurprising that the court held that they also held goodwill in the clothing trade. This case clearly satisfied the requirements of passing off: the claimant had goodwill, there was a misrepresentation through unauthorized sales which could damage Mirage Studios trade.
The courts have attempted to reconcile this decision with the previous authorities by suggesting they were inappropriate where copyright exists in the character. Despite this, it is doubtful that the common field requirement remains relevant when discussing character merchandising and image rights. Although not a character merchandising decision, any remnants of earlier decisions, such as McCullouch v May, appear to have been forgotten by the courts. The Danish toy brick maker, Lego, successfully stopped the use of the name by a plastic irrigation manufacturer. The courts appeared to just accept that the ‘Lego’ was such a recognisable brand that anyone would automatically assume there was a link. The star of Crocodile Dundee, Paul Hogan, has also been able to stop an advert that mimicked his character. Despite not actually damaging Hogan’s career, the court believed it could damage his own potential marketing opportunities. This demonstrates the requirement for a common field of activity had become no more than an indicator for the likelihood of confusion.

When the character isn’t fictional.
Up until 2002, the courts appeared to only use passing off to protect fictional characters. The decision in Irvine v Talksport Ltd [2003] EWCA Civ 423, however, changed things. It is a well-established fact that one of the benefits of a common law system is the ease of change. Laddie J commented on this in his judgement, noting that the change enabled the law to keep up with the ‘constant state of flux’ of the commercial market. This malleability was demonstrated through the development of passing off to the point of creating a new tort: false endorsement. The Irvine case was the first time the courts had accepted that passing off can protect image rights. Despite owning the rights to the photo, Talksport had superimposed a radio into Irvine’s hand, replacing his mobile phone. Irvine then argued that the use of the radio, along with the Talksport logo and slogan, gave the impression he was associated with the radio programme. However, the court did not appear to be wholly convinced of the damage element. Despite Irvine seeking £50,000 for the false endorsement, the court only ordered damages of £2,000. This demonstrates that although the court accept that Irvine had a point, it was not going to be overly damaging to his reputation. Talksport were known for covering sporting events, Irvine had previously done similar endorsements and was generally associated with F1.

Overall, the development of the law on character merchandising and image rights appears to have spun 180 degrees. In the 19th Century the judiciary did not believe that there should be a monopoly over a particular character. Now the courts seem more willing to accept that inferior or unofficial merchandise can be damaging to a reputation. They also appear to realise that character merchandising is now an accepted activity that accompanies fame. Singers and bands will want to release merchandise; films the same. People who have built up a reputation and, therefore, goodwill, now appear to have the right, and the ability, to protect it from being imitated.