Starting a Legal Podcast as a Student Lawyer 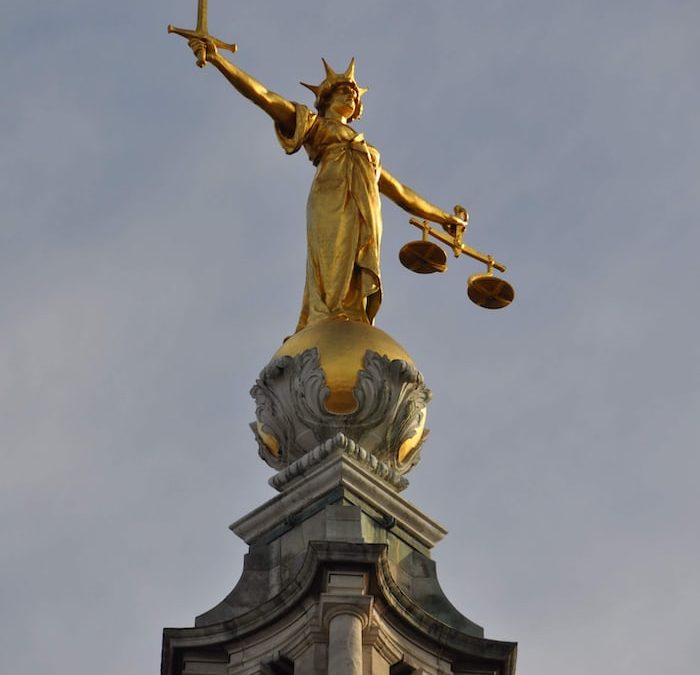 According to a leaked document, Justice Secretary Dominic Raab has proposed a slew of changes to the process of judicial review.

According to the Guardian, these proposed reforms, as stated in the leaked Ministry of Justice (MoJ) paper, are detrimental to claimants and make the process of holding ministers accountable far more challenging.

One of the proposed changes in the document concerns the “intensity of review to apply in different cases”, which appears to target the criteria used by judges in judicial review cases.

Another potential reform involves increasing the cost burden for claimants. This concerns the standing of claimants and the question of whether the claimant has “sufficient interest” in the matter.

There has been no response to enquiries regarding these proposed reforms by the MoJ.

On the other hand, there has been an onslaught of backlash following the release of the contents of the leaked document. Charlie Whelton, on behalf of the human rights group Liberty, was swift to condemn the proposed reforms as part of the government’s efforts to “make themselves even less accountable to the public”.

Steve Reed, Shadow Secretary of Justice, commented that these new changes reflected the government’s belief that “the law only applies to the little people.”

Tracy Doig, on behalf of Freedom from Torture, emphasised the importance of the “independence of the judiciary from government influence” in her statement. She also expressed concerns about “a government above the law”, echoing the sentiments of other prominent critics of these proposed changes.

What are some recent reforms to judicial review?

The most recent reform to judicial review comes in the form of the Judicial Review and Courts Act 2022 (the JRCA 2022).

The Judicial Review and Courts Bill 2020-21 was first introduced by the government in July 2021. This bill was formulated based on recommendations by the Independent Review of Administrative Law (IRAL).

Section 1 of the JRCA 2022 pertains to quashing orders. A quashing order is one of three available remedies for successful claimants in judicial review cases. Simply put, a quashing order results in the decision being set aside.

On one hand, these provisions may be lauded for their ability to provide the government with the opportunity to correct the issues raised by the claim. On the other, there are concerns that successful claimants will be faced with a meagre award at the end of their case. The restriction of retrospective effects is considered to be one of the more contentious issues as it means that affected parties will be deprived of redress for any harm suffered prior to the date of the court’s decision.

What are the general attitudes towards judicial review?

It appears that the government’s hostility towards judicial review has increased significantly in recent years. In a virtual conference in 2020, Boris Johnson disparaged so-called “lefty human rights lawyers” and accused them of standing in the way of the operation of the criminal justice system. In August of that same year, the Home Office published a video criticising “activist lawyers” in the wake of the cancellation of a flight carrying asylum seekers that was set to depart to Spain.

This deep-seated contempt within the government appears to stem from a slew of successful judicial review cases. Notable examples include the High Court’s ruling that Parliament had to give its consent in order to trigger Article 50 and begin the process of withdrawing from the European Union (EU).

Most recently, the legality of Priti Patel’s efforts to deport asylum seekers to Rwanda will be questioned in September.

The series of blows suffered by the government in recent years appears to be responsible for the government’s burgeoning antagonism towards judicial review. In the 2019 Conservative Party Manifesto, assurance was given that “[judicial review] is not abused to conduct politics by another means or to create needless delays.”

In response to the alleged abuse of judicial review, a panel of experts was set up to tackle the issue. The MoJ issued a statement, summarising the findings of the panel as concluding that the courts were “moving beyond the remit of judicial review. However, this initiative swiftly crumbled following accusations that the MoJ had misrepresented the panel’s findings.

The government appears to be dogged in its efforts to curb judicial review. This is exemplified by the latest initiative to replace the Human Rights Act with a British Bill of Rights. Dominic Raab characterised this initiative as “strengthen[ing] our UK tradition of freedom whilst injecting a healthy dose of common sense into the system”. However, critics such as Stephanie Boyce, president of the Law Society of England and Wales, have expressed concern that this is indicative of “a deepening of the government’s disregard for the checks and balances that underpin the rule of law”.

What are the potential outcomes of the proposed changes?

Generally, to bring a claim for judicial review, it is necessary for the claimant to have “sufficient interest” in the matter. The standing rules for judicial review are found in the Senior Courts Act 1981. Section 31(3) sets out that:

No application for judicial review shall be made unless the leave of the High Court has been obtained in accordance with rules of court; and the court shall not grant leave to make such an application unless it considers that the applicant has a sufficient interest in the matter to which the application relates.

The leading authority on this provision comes from the Fleet Street Casuals case, which laid down the principle that the determination of whether a claimant had standing needed to be conducted within the “legal and factual context” of the case.

By increasing the cost burden, it may be more difficult for claimants such as non-governmental organisations (NGOs) to bring in claims against the government as their members are not directly affected by the issue in question.

This may be considered to clash with the rule of law. In Walton v Scottish Ministers, it is said that courts had a responsibility beyond “redress[ing] individual grievances” to fulfil its “constitutional function of maintaining the rule of law”. Hence, these new reforms which raise the bar for “sufficient interest” may be unduly restrictive in the sense that they reduce the ability for claims to be brought against the government in the absence of identifiable victims. The court echoes this sentiment in AXA General Insurance Ltd and others v HM Advocate and others, by emphasising that a “public authority can violate the rule of law without infringing the rights of any individual”.