An ever-increasing chaos? A closer look at the UK’s transport industry

Tips for Achieving a First in an LLB Dissertation 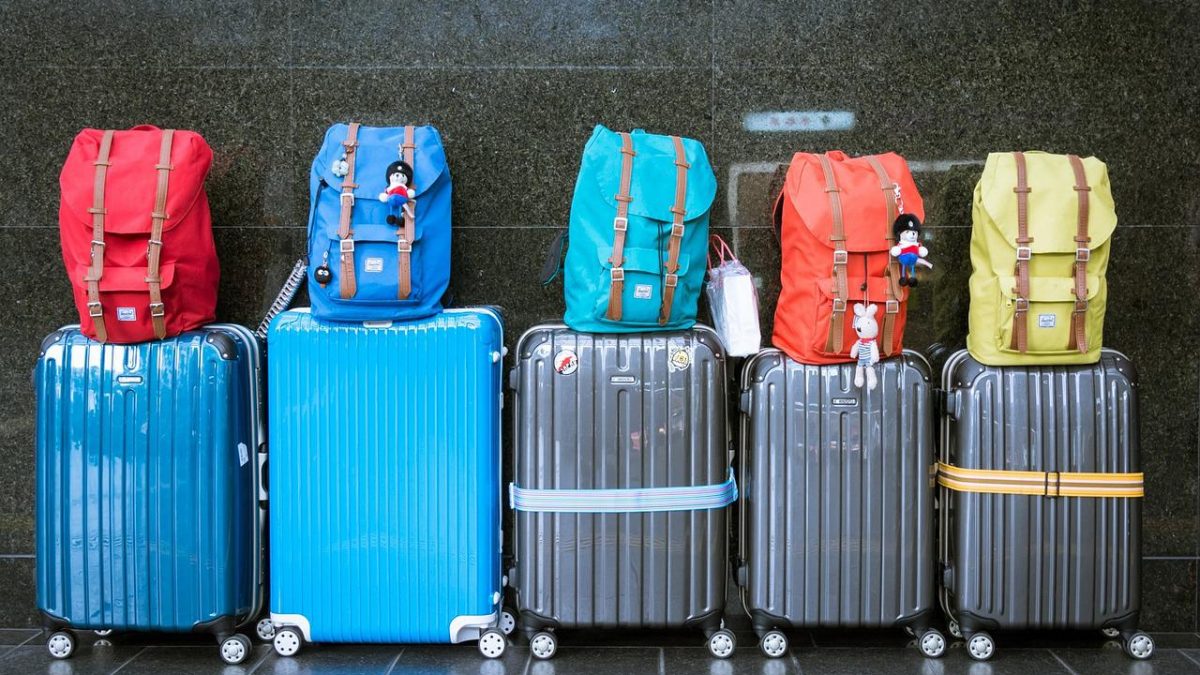 The importance of the transport industry to a well-functioning economy is indisputable. Connecting all parts of the supply chain makes possible the timely, regular, cost-efficient, and flexible movement of goods and people, and the provision of services. This is why any jolt in transport cannot occur in isolation but would usually trigger a ripple effect in many other sectors, thereby affecting the overall public life. The current chaos is one unmatched in size and impact in recent years. This article aims to summarise the most important developments from the last few months.

One of the major shake-ups in the industry was caused by a record-high gap between wholesale prices and pump prices according to data from RAC between 2013 – 2022. The data reveals that since 1 August the gap has reached nearly 52 pence per litre for unleaded petrol and over 47 pence per litre for diesel. According to RAC, the Big 4 of the UK fuel retailing – Asda, Morrisons, Sainsbury’s, and Tesco, appear to have adopted the model of independent retailer competitors for passing on wholesale cost savings to the end consumers.

Shockingly, this measure wipes out the supermarkets’ traditional competitive advantage of selling at prices below the national average. With the wholesale prices on the fall again, the supermarkets’ price decrease appears disproportionally small, while continuing to keep the national average prices higher than they should have been according to RAC’s estimations. Many see this surge as a consequence of the overall increase of fuel prices on the global markets combined with the fluctuation of the US dollar exchange rate, as opposed to the sanctions imposed on Russia. This is mostly because Russia provided less than 10% of the UK’s crude oil.

The wider macroeconomic impact of soaring gas prices is, in effect, an accelerated consumer price inflation, with some think tanks projecting a rate of 15% in early 2023. Despite repeated appeals for BP to reduce its prices after marking its most successful quarter since 2008, on 2 August the company responded that it does not intend to do so. The reason is an increase in BP’s tax bill – according to the company, over £1.25 billion is due in 2022 alone, following the introduction of an energy profit levy in May. If BP remains in this position, affordable gas may become even harder for consumers as the Bank of England raised interest rates by 0.5% to 1.75% on 4 August, in an effort to slow down inflation. What this will mean for both consumers and businesses in terms of purchase power remains to be seen in the upcoming months.

In view of these developments, many citizens have considered using public transportation more. Yet, despite its prices remaining stable, its availability in recent months has been limited by frequent labour strikes. The Department of Transport, Network Rail, and the RTM trade union, in the representation of over 400,000 rail workers, are yet to reach an agreement over certain employment aspects. Such aspects include pay, benefits, pension schemes, non-compulsory redundancy guarantee for at least 2 years, introducing cost-saving working practices, such as working from home, and future funding of the transportation system.

The reluctance to accept RTM’s proposals seems to be tied to the achievement of modernisation reform targets, centred around upskilling, quicker fault fixes, and technology deployment. According to Network Rail, this would allow funding a reasonable pay rise through productivity instead of relying on taxpayers’ money or increased fares. A public consultation on primary legislative changes for reforming the UK’s current rail network launched on 9 June, following the announcement of the Transport Bill during the Queen’s Speech on 10 May.

Similarly, some walkouts on the part of London’s bus and overground staff have been announced for August, due to differing views on pay and pension schemes, taking into consideration the rising costs of living in the UK.

Disruption has also been a keyword in air transport and especially passenger travel. Cancelled and delayed flights, unusually chaotic airport operations, endless queues, lost and delayed luggage, and ruined travel plans have been experienced on a massive scale in the UK since this spring. And while some were quick to introduce measures for tackling this unprecedented situation, others have rightly asked whether this is indicative of larger, more systematic problems in the industry.

One of the most significant measures introduced at UK airports was imposing caps on the number of passengers allowed to travel daily. It lead to a surge in short-term flight cancellations by the operating airlines, exceeding a rate of 5.0% of all flights in late June. Even though the rate dropped back to 0.3% earlier this month, on 16 August Heathrow Airport announced that it will extend the cap of 100,000 passengers until 29 October, despite initial plans to only keep it in force until 11 September. Airlines such as Emirates and Virgin Atlantic have expressed disappointment with the measure and the overall passenger experience provided by the airport. Another measure was the Department of Transportation and the Civil Aviation Authority’s demand for airlines to cancel any flights they do not reasonably expect to be able to execute in the summer period.

Labour shortages are seen as the factor contributing most strongly to the turmoil after 30,000 jobs were made redundant at the beginning of the pandemic and BA staff faced a 10% pay cut. The pay cut was not lifted once the flights returned to normal. Shortly after, BA announced losses of over £4.0 billion, causing further personnel to leave. As announced on 16 August, nearly 16,000 BA staff members, including engineers, luggage handlers and cabin crew (represented by the trade unions Unite and GMB) were able to win back an average pay rise of 13%. The industrial action also focused on improving the renumeration conditions of low-paid women amongst the staff. With BA’s announcement on 3 August that short-haul and domestic flights from Heathrow will be suspended until mid-August, it is not yet clear whether the company will be able to fund the increased cost of labour from profits alone. The measure has been necessitated by the daily cap rules. With rising volumes of compensation claims added, it remains to be seen whether such sale freezes could lead to airlines resorting to debt financing just to keep afloat.

Yet, the more imposing question of bringing the number of staff to its pre-pandemic levels remains partially addressed at best. It has been reported that luggage handlers at some major airports operate with only half the personnel they had in early 2020. One such airport has been Manchester Airport, which experienced a loss of £63 million, thus the most affected one in the UK. According to media reports, staff members decided to leave due to disproportionally heavy workloads, and insufficient pay, and were extended offers to return at wages lower than before the staff reduction. In turn, such conditions make airport jobs less attractive in the labour market. In early June, the government refused to honour the industry’s plea to relax the current work visa regime to allow hiring the required number of personnel more quickly and from a broader pool of candidates.

And while some humans on Earth are working on getting the current challenges under control and stabilising the industry, other humans keep their gaze fixed on space exploration. While this topic may appear out of touch with the current circumstances, working in this expanding field is not without its own difficulties. A clear example of this is the development of spaceflights and space tourism.

On a global level, the space tourism market is expected to reach a size of £640 million by 2030. All-civilian missions are actively driven from within the US by players such as Blue Origin, Virgin Galactic, Axiom Space, and SpaceX and its Inspiration4 since 2021. On 4 August, Virgin Galactic announced a net loss of £95 million, 18% more than its net loss in the same quarter in 2021. This figure seems to reflect the company’s nearly doubled increase in research and development expenses on a year-on-year basis. Interestingly, Virgin Galactic aims to build up and launch its commercial services next spring – a horizon that is much longer in other investment-intensive industries such as mining or utilities. Concretely, the space travel company plans to build two new motherships with annual exploitation of up to 200 launches each, and to scale its manufacturing and operations capacity in Arizona and New Mexico. In addition, it plans to expand the number of seat reservations through a partnership with Virtuoso Travel, by matching the network’s focus on luxury and experiential travel.

On a national level, the spaceflight industry is of no less interest, with seven proposed spaceport locations across the country (5 in Scotland, 1 in Cornwall, and 1 in Newquay), which must become operational between 2021 and 2023. This is part of a wider and multi-faceted government strategy for advancing the UK market for sub-orbital spaceflights. Part of the strategy is the introduction of the Space Industry Act 2018, which aims to set up the required regulatory framework, including licensing, operations of spaceports, mission management facilities, and a more detailed body of secondary legislation. The Act came into force last July and supplements the pre-existing Outer Space Act 1986. To date, four major regulations have been created under it, covering matters such as licensing, investigation of spaceflight accidents, and the process of appeals.

The impact on law firms and Chambers

Considering the developments outlined above, legal advice and representation may be requested in the context of insurance policies, the distribution of and limitations on liability, and indemnification regimes. Recent statistics published by CMS have shown that over 50% of all class action lawsuits in Europe have been filed in the UK. It is therefore likely for class actions related to passenger compensation claims and employment disputes to take this route, as the airline industry continues to struggle with flight caps and understaffed operations. Professional advice may also be sought in the context of ongoing industrial actions, the Williams-Shapps Plan for Rail (also called ‘Plan for Rail’), and the upcoming Transport Bill.