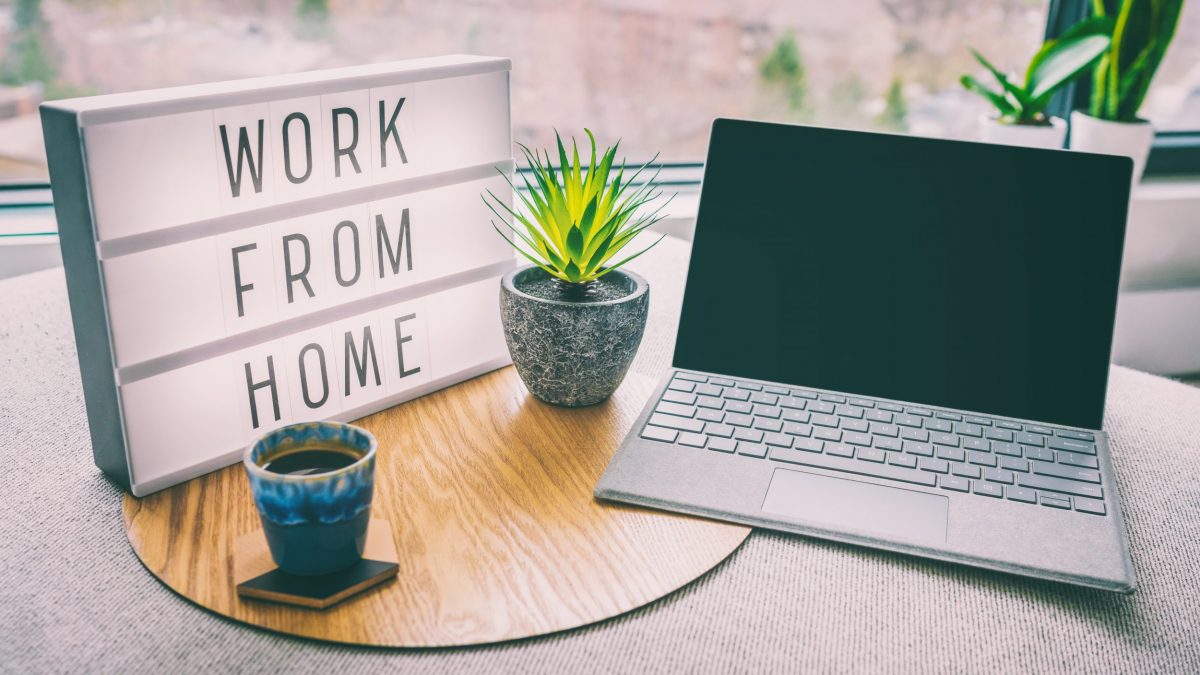 Working from home remote work inspirational social media lightbox message board next to laptop and coffee cup for COVID-19 quarantine closure of all businesses.

Work-from-home made it to headlines near the beginning of July 2022, as the Netherlands becomes the first country that moves to make remote work a legal right.

With the world shifting to lockdown in March of 2020, in light of the Covid-19 pandemic, remote work began to rise with 16% of companies across the world turning fully remote. Finder.com ‘s studies have shown that remote work boosts the productivity of employees; even two-third of employers reported increased productivity for remote workers compared to in-office workers, due to less distractions. Remote work is also believed to reduce employees’ expenditure, especially with the decrease of both commuting and lunch expenses.

While the pandemic was surely a factor in increasing the percentage of telecommuting across the world, European countries, such as the Netherlands, Luxembourg, and Finland, had already adopted homeworking as an alternative method of work, pre-pandemic. Remote work is nothing but familiar to the Dutch workforce, especially since statistics show an increase of Dutch remote workers, marking half a million in a matter of 7 years – from 2013 till 2019. In 2018, an approximate percentage of 13.7% of Dutch people worked from the comfort of their homes, making the Netherlands the country with the highest telecommuting rate within the European Union, according to Eurostat.

After work-from-home became the world’s new normal, Netherlands’ two Dutch lawmakers Steven van Weyenberg, a member of pro-European D-66 Party, and Senna Maatoug, a lawmaker for the Green Party, took the initiative to propose a law that establishes remote work as a legal right.

In the absence of such law, Dutch employers have the power to deny employees’ requests to work from home when the latter does not offer a reason. However, if this bill were to be passed, employers will be forced to carefully consider employees’ remote work requests, and explain the reasons behind rejecting that request.

“Due to the corona period, we have seen that hybrid working has advantages for a very large part of the employees. It gives them the opportunity to find a better work-life balance and to reduce travel time,” says Maatoug. She also adds, “The law aims to give employees a better work life balance and give businesses the chance to continue to ‘reap the benefits of hybrid work and not fall back into old habits.”

The House of Representatives passed the bill on Tuesday, the 5th of July. It is now up for the Senate to either approve the bill or refuse it.

It appears that the bill has a serious chance in reaching the Bulletin of Acts and Decrees, where it becomes a mandatory law. This is due to the fact that Dutch businesses reinforce telecommuting by continuing to allow homeworking. They believe that it facilitates productivity and improves worker satisfaction. For instance, ING Groep, the Dutch multinational bank, allows its employees in the Netherlands to work at home 50% of their time, excluding those working at its branches.

Even Weyenberg seems optimistic about the WFH law seeing light. In his talk with Bloomberg on June 22, he guaranteed that employees, and even employers, are in favor of the homeworking flexibility law. “We have the green light for this new law, thanks to the support we received from both employees and employers’ unions. We are very hopeful it will pass before the summer.”

From a bill to a Law

The bill has so far reached an advanced stage in the lawmaking process. However, it has yet to become a law.

The Netherlands adopts a bicameral legislative system, where the power is split between two houses: The House of Representatives and the Senate. Thus, the WFH Bill must be passed by both houses to fulfil its legislative path.

So far, the bill has already succeeded in passing the House’s following stages: First, examination by a standing committee of the House of Representatives, which is composed of parliamentary groups coming from all political parties. Second, comment on the bill in writing by these parliamentary groups. Third, an ongoing series of questions and answers between the House of Representatives and the minister, wherein the bill reaches its final shape. During that stage, if the MPs and the minister do not agree on all aspects of the bill, MPs have the power to amend the bill. Finally, the present MPs vote on the bill in the Plenary Hall, after which the bill is sent to the Senate.

All that is left from the WFH Bill’s journey to become a law is the approval of the Senate. In the Senate, the bill is first dealt with by a committee, followed by a debate – if necessary – and voting. The Senate focuses on the practicability of the new WFH law and considers whether the proposal is well conceived. However, at this stage, the bill can no longer be amended; the Senate has the power to either accept or refuse the proposal.

Once the Senate passes the bill, the new WFH law must be published in the Bulletin of Acts and Decrees, thus becoming an enforced law.

As new as the idea of a WFH flexibility law may sound, it does not strike the world by surprise. Innovation and technology have become an integral part of daily life. They have encouraged and facilitated communication, allowing for virtual connection among people from all around the globe. Even the traditionally conservative legal market is being disrupted by Legal Technology, commonly known as Legal Tech. Amidst the Covid-19 pandemic, and throughout the daunting times of lockdown, there was no choice but for legal services to be provided through phone calls, video calls, and online interviews or meetings. Moreover, legal firms and law practitioners were compelled to resort to electronic options, such as smart contracts, e-signatures and e-documents; thus, paving the way for the new and unfamiliar method of remote work within the legal industry.