Politics v The Media: how the law has been involved in the 2019 election campaign

The role of artificial intelligence in the legal sector 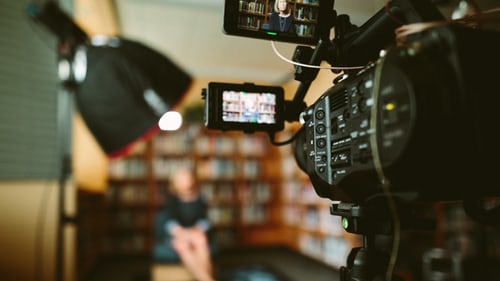 It is common practice that when a general election is growing nearer television debates between significant political parties take place across various broadcasting platforms. With the 12th of December looming closer party leaders have been eager to take every opportunity possible to convey their messages to the electorate.

However, this electoral campaign has not been without controversy.

ITV announced that on the 19th of November they would be holding the first formal television debate that was set to focus on the UK’s 2 largest parties: The Labour party (lead by Jeremy Corbyn) and the Conservative party (lead by Prime Minister Boris Johnson). Shortly before the programme was to air ITV received a letter from the Liberal Democrat party and Scottish National Party, threatening legal action if they were not invited to take part. ITV failed to respond.

In the upcoming election, the Lib Dem’s have listed many stand out policies that contrast greatly to those of their rivals. A significant focus has been placed on their initiative as the only party to call for the revocation of Article 50 to remain in the EU. With 48.1% of the voter populous choosing to remain when consulted on the UK’s membership of the European Union, this is a desirable outcome to many. They also have enhanced their policies on creating a sustainable society and improving mental health services within the NHS.

Based upon this, an application was made by the Liberal Democrats to the High Court presenting a claim for Judicial Review (a challenge to how a decision has been made). In this case the challenge concerned the presence of a bias in ITV in reaching their decision to feature only 2 of the largest political parties.

Represented by Guy Vassall-Adams QC, the appellants put forward claims that their exclusion from the debate left the views of Liberal MP’s and voters unrepresented, as their stance was so extremely different on public policy matters. As permitted by the Office of Communications (OFCOM) Broadcasting Guidelines ITV is bound to uphold values such as impartiality and provide due weight to all views present to prevent the media from disrupting democracy.

Is this a Question for the Courts?

On the 18th of November, a day before the debate, Lord Justice Davis established that Judicial Review was not an effective route for a complaint of this nature according to the Communications Act 2003. The legislation permits OFCOM to be the appropriate complaint body due to its role in supervising national broadcasting. The court claimed that a lack of jurisdiction came from ITV which does not provide a “public function” by the legal definition. Public function decisions being intended as the purpose for judicial review. Therefore, the High court could not act upon the editorial decisions of ITV.

Any link to the European Charter of Human Rights being breached via article 10 (freedom of expression) was also dismissed.

The courts commended the arguments of the claimants however dismissed their application as “not realistically arguable” therefore allowing the debate to take place.

As stated by the courts, OFCOM offers a direct route to make complaints regarding broadcasts by member companies. In this case, this was the route that should have been taken by the Liberal Democrats according to Lord Justice Davis. OFCOM was founded in 2003 as a government-approved regulatory authority for the broadcasting, telecommunications and postal industry. The Communications Act 2003 in conjunction with the Broadcaster Act 1996 provide the duty of establishing broadcasting guidelines to be that of OFCOM’s. Every year the Broadcasting codes are published, detailing the ethics that should be prioritised when deciding what content is appropriate for the eyes of the public.

The sections most relevant to this case are:

Section 5.5 states that “to ensure news in whatever form, is reported with due accuracy and presented with due impartiality.” This may be done by giving equal time to all views and arguments. It also permits for this to occur over a series of programmes that are editorially linked (such as the interviews with the Liberal Democrats and SNP following the controversial debate).

Section 6 largely mirrors the content of the previous passage but places more emphasis on broadcasters adhering to these principles during a general election due to how this can affect the democratic process. Due weight is stated as being essential in the coverage of various parties as determined by the extent of their support.

With these ideas in mind, something may have come of an official complaint made to OFCOM but the failure to adhere to the appropriate procedure left the Lib Dems with no reconciliation.

Whilst this case hit the headlines over the past few weeks other broadcasters have not gone without criticism.

The BBC was accused by the Labour Party of “biased election coverage” in the late stages of the campaign period. They highlighted the BBC’s leniency when it came to PM Boris Johnson’s avoidance of an interview with Andrew Neil that had been earlier undertaken by the leader of the opposition. The BBC put this down to merely an editorial decision.

Similarly, the Guardian has reported on academic research conducted on election-related media coverage from the first 3 weeks of campaigning. They found that reporting on the Labour Party was to be classed as “overwhelmingly negative,” whilst news of the Conservative Party was determined by academics to be “consistently positive.”

Whilst the Lib Dems failed in their challenge against ITV, they did not hesitate in sending a similar threat to the BBC regarding the election debate to held on the 6th of December. Unfortunately for the Lib Dems their threats went unrecognised. This is most likely due to the lack of precedent suggesting that the BBC would be liable in any way. Moving forward, it shall be interesting to see if the media faces any more significant criticism, due to its overly questionable reporting at a time where a vast number of questions about public policy and international relations are set to shape the future of our country.

Should the media be allowed to have such a loud voice in the political system, or do we take the dangerous route into restricting the media, in which democracy can be placed at risk?