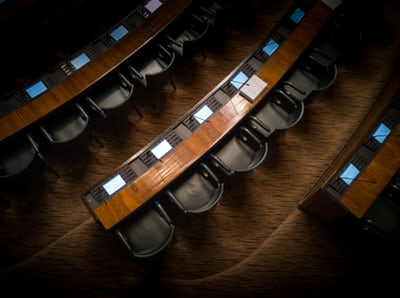 Since the landmark case of Pretty v UK[1], several other cases have been brought to the UK Courts which have highlighted the conflict between UK Law and potential Human Rights violations regarding Assisted Dying. For the full background on UK Law and the current position on Assisted Dying, please refer to our previous article. The Court of Appeal dealt with the challenge most recently in the case of Noel Conway (R (Conway) v Secretary of State for Justice[2]) where it again declined to amend the legislation and reiterated the need for changes to the law to come from Parliament.

There are two new cases for the UK Courts to deal with in the upcoming months. Both present fresh challenges to the legislation around assisted dying. The social context around the issue has changed considerably in recent times: notable medical organisations such as the Royal College of Physicians, British Medical Association and Royal College of General Practitioners have all opened the matter for debate amongst their members.[3]Prominent politicians such as Sir Vince Cable, the Labour MP Rob Marris and Lord Falconer have proposed legislation and encouraged the government to rethink the current legal position.

Other common-law jurisdictions such as Canada and some US states have even legalised assisted dying. Numerous charities such as My Death, My Decision, the Assisted Dying Coalition and Dignity in Dying have spearheaded a campaign to see legislative change. There is, however, opposition from both politicians and pressure groups such as Disability UK, Scope, Right to Life and Care Not Killing. These factors may have an impact on the evidence presented in the upcoming cases.

Paul Lamb is a prominent assisted dying campaigner who was paralysed following a car accident in 1990. He mounted a previous legal challenge in 2014 in partnership with Tony and Jane Nicklinson, which reached the Supreme Court but was defeated by a 7-2 majority as the Supreme Court Justices referred to the matter as a moral question rather than a legal matter.[4]The Justices identified a conflict between the existing legislation under the Suicide Act 1961 which advised prosecution for those who aid another person’s suicide, and Article 8 of the European Convention of Human Rights (ECHR) which mandates respect for private and family life. However, they were unable to allow the appeal and change the law as it was deemed a matter for Parliament. Both Lord Neuberger and Lady Hale criticised the existing laws in their judgements for that case, and issued a warning to Parliament to resolve the issue quickly rather than allowing it to come before the courts again.

Five years on, Parliament has made no clear decision on this problem and Lamb has chosen to take his case to the courts again, stating that he was “afraid that under current criminal charges, anyone who compassionately assisted [him] in ending [his] life would be at risk of 14 years’ imprisonment.”[5]He launched his judicial review application in July 2019, supported by Humanists UK and represented by Leigh Day. His new challenge rests on the proposal that Article 8 ECHR is incompatible with Sections 2(1), 2A(1) and 2B of the Suicide Act 1961 when read alongside Article 14 ECHR, which prohibits discrimination on the grounds of disability.

Section 2(1) of the Suicide Act provides that:

A person (“D”) commits an offence if—

(a) D does an act capable of encouraging or assisting the suicide or attempted suicide of another person, and

(b) D’s act was intended to encourage or assist suicide or an attempt at suicide.

(1) Everyone has the right to respect for his private and family life, his home and his correspondence.

The enjoyment of the rights and freedoms set forth in this European Convention on Human Rights shall be secured without discrimination on any ground such as sex, race, colour, language, religion, political or other opinion, national or social origin, association with a national minority, property, birth or other status.

This case presents a number of issues for the Courts to resolve:

Paul’s case will be heard by the High Court in the coming months. He has been joined by a second campaigner who is seeking to change the law from a different perspective.

Phil Newby has launched a challenge following in the footsteps of fellow Motor Neurone Disease (MND) sufferer Noel Conway. Due to Newby’s condition, he will gradually lose control of his voluntary movements – the MND is progressing slowly so like Lamb, he seeks to have legal provisions in place for when he is no longer able to live comfortably. Specifically, Newby is seeking to change the law for “anyone who has a progressive degenerative condition which is life-shortening, and which will ultimately lead to death but not without years of pain and suffering.”[10]

Newby’s case seeks to apply Article 8 ECHR in a similar manner to Lamb, but aims to “properly test the evidence as to the risks and benefits of legalising assisted suicide” in the words of one of his representatives, Adam Wagner of Doughty Street Chambers. The importance of Newby’s case comes from the evidence he is seeking to gather and test. His representatives are proposing to carry out a comprehensive presentation of the existing evidence for and against amending the legislation on governing assisted dying, in a similar manner to the case of Carter v Canada[11], which successfully ended the ban under Canadian legislation.

This case also presents questions for the Courts to decide:

“They would firstly have to have the capacity to make the decisionfor themselves. They would secondly have to have reached the decision freelywithout undue influence from any quarter. They would thirdly have had to reach it with full knowledge of their situation, the options available to them, and the consequences of their decision… And they would fourthly have to be unable, because of physical incapacity or frailty, to put that decision into effectwithout some help from others.”

Newby’s judicial review claim submits that he meets those grounds and that the law should therefore be amended.

Newby’s legal representatives have sought a declaration of incompatibilityunder Section 4 HRA in order to compel Parliament to change the law.[13]It remains to be seen whether, if successfully granted, Parliament would be able to respond to such a declaration in a timely manner without further political, social and legal consideration.

Both cases will begin their progress through the UK Courts in the following months.

[8]The HRA gives the judiciary the power to interpret legislation with minor amendments:

S3(1): So far as it is possible to do so, primary legislation and subordinate legislation must be read and given effect in a way which is compatible with the Convention rights.

[12]While Assisted and Active Euthanasia are currently banned in the UK, passive Euthanasia (the removal of life-sustaining medical support from a patient in a vegetative state) has been permitted since the landmark case of Airedale National Health Service Trust v Bland [1993] AC 789.