A Detailed Overview of the Medicine-Law Conflict: DNR, Euthanasia and the Law 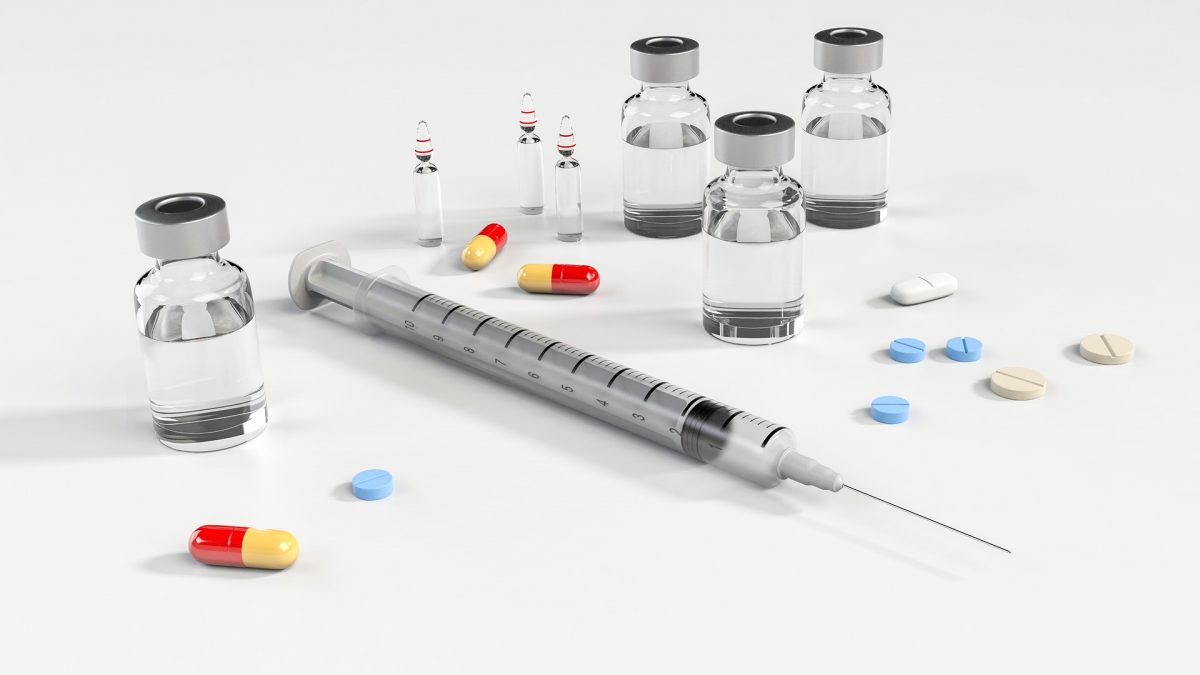 It is often said that a thin line exists between Law, Morality and Ethics. This thin line sits in the idea of conflict of interests, where the law and the medical practice and ethics do not see eye to eye on certain issues. This is particularly evident in the controversial issue with euthanasia, ‘Mercy Killing’ and Assisted Suicide where it is at conflict with certain aspects of the criminal law. An interesting development is the case for ‘Do Not Resuscitate’ orders (DNRs) which some argue as introducing a backdoor to the legalisation of euthanasia. As such, this article carefully examines the current controversies within DNR and euthanasia, from both a legal and ethical perspective. As such, this addresses the conflict between Medicine and Law in this regards, asking if in reality, DNRs should fall under the scope of euthanasia and if the law should interfere in medical ethics.

What is Euthanasia and DNR?

Many writers highlight the fact that euthanasia has been a very controversial issue since its conception. Euthanasia involves the quickening of the death of a patient to ‘prevent further sufferings’. The National Health Service (NHS) and General Medical Council (GMC) have classified euthanasia into four different types: the voluntary and involuntary and the active and passive. Passive euthanasia, generally acceptable around the world in the form of Do Not Resuscitate (DNRs) Orders, usually entails withholding or withdrawing treatment of a patient which is necessary for maintaining life. This could involve withdrawing life continuing techniques such as the ventilator and so on.

A DNR order is put on a patient’s file meaning that a doctor is not required to resuscitate a patient if their heart stops. It is also designed to prevent any ‘unnecessary suffering’ for the patient. This resuscitation method is commonly known as ‘Cardiopulmonary Resuscitation (CPR)’ and is usually said to have some bad effects on the patients who undergo it. Reports show that less than 50% of patients survive after CPR due to these bad effects.

The Law, Euthanasia and DNRs

It is no news that euthanasia is illegal in Britain. The most fitting legal position, as taken up by legislation, regarding euthanasia in the UK is majorly contained within the Suicide Act 1961. It is worth mentioning that suicide is defined under this act as ‘the act of intentionally ending one’s own life’. This brings about the question as to whether the act of intentionally withdrawing life-preserving treatment through DNRs could be defined as suicide under this act. This would be discussed further in the course of this article. This Act explicitly criminalises euthanasia, thus confirming the UK’s position, explaining that ‘a person who aids, abets, counsels or procures the suicide of another or attempts by another to commit suicide shall be liable in a conviction on indictment to imprisonment for a term not exceeding 14 years’. As such, this introduced a new offence of complicity in suicide.

Furthermore within the scope of the Act, as well as relating to DNRs, the Act also prescribes that ‘if an individual incapable of committing suicide for himself/herself enlists the aid of an outside party in performing the act, that party may be charged with conspiracy’. This then touches on the conflict between medical ethics and the law in this regards. What type of situation occurs where the ‘outside or third party’ is a medical practitioner whose duty is solely to act in the best interest of their patient? Does this section of the Act apply to such person or does medical ethics override the law in this regards?

Furthermore, in light of DNR and ‘no-CPR’ requests under such orders, the GMC explains further that there is a need to understand the ‘brutal, traumatic’ reality associated with CPR when thinking about why patients make DNR decisions. In doing so, the provisions relevant to such decision-making are contained within the Human Rights Act 1998 (HRA). This Act expands on the European Convention of Human Rights (ECHR) which, as the name suggests, ensures the maintenance of human rights across Europe and the UK.  Article 2 of the ECHR explains that each and every person’s right to life shall be protected by law. This also includes the enactment of public policies by the government which protect the sanctity of life. When looking at the right to life and euthanasia, it is good to establish various aspects of ‘life’ that the lawmakers and society understands. In Pretty v UK (2002) the question was asked whether the right to life is also inclusive of a right to self-determination, which allows an individual determine the degree and extent of life they wish to live if terminally ill. Furthermore, the question needs to be asked as to whether society is aware of the extent of suffering as part of life, especially where a person is terminally ill.

Another important article under the ECHR as is related to this topic, is article 3, which explains that no-one shall be subjected to torture or to inhuman or degrading treatment or punishment. By way of this Article, CPR treatment is said to fall under this where, as explained earlier on, CPR includes some brutality to the human body as a result of the treatment being carried out. From this, questions remain as to whether based on this analysis created, euthanasia should be legalised through this backdoor DNRs create. This would be further discussed in the later part of this article. Similarly, Article 8, 10 and 14 of the ECHR have also been explained to be relevant in discussing the law’s position, inclusive of human rights and euthanasia. Article 8 highlights that everyone has a right to respect for their privacy and family life, Article 8 explains that everyone has a right to freedom of expression which is also inclusive of the right to hold an opinion and receive information also. Additionally, Article 14 explains that in respect to these aforementioned rights, everyone has a right to be free from discrimination in respect of these rights. Essentially, from these, it is this evident that according to the law,  human rights are equally important to be considered when regarding euthanasia and DNRs.

In Re B (Adult: Refusal of Medical Treatment) (2002) 2 AER 449, the court then ruled that a terminally ill patient was able to refuse certain treatment knowing that this would result in death. This created a distinction between passively allowing death through omissions and the active assistance in suicide. This can also be implied to include putting a DNR order on the patient’s file, allowing them to refuse CPR treatment with the knowledge that doing so could result in death. Essentially, this touches on the patient’s ability to make informed and calculated decisions in the right mental capacity. However, the question that is often touched on my commentators in this field is as to whether a terminally ill patient had the right mental capacity to make decisions in comparison to a healthy person.

DNR and Euthanasia: Where does the Controversy lie?

The law and medicine conflict, therefore, lies in the conflict of interest on both sides concerning this issue. The conflict of interest arises from the fact that a doctor, by medical ethics and to some degree law, owes a duty of care to his or her patient, puts their patient’s interest first and working in a way that is solely beneficial to their patient’s health. This is why there is a concern for making euthanasia illegal or seeing DNRs in a negative light where it has been executed by a licensed doctor or medical practitioner. On the side of the law, according to the rule of law, no one is above the law and everyone is subject to the same rights and obligations under the law including doctors, regardless of medical ethics. Furthermore, the law also works and seeks to protect the general interests of the public and the society even where a case is directly resulting from individuals. This is why there are heavy sentences and punishments on crimes committed by an individual, as such crime is ultimately a crime against the state. As such, a conflict of interest arises where a doctor acts in a patient’s best interest and euthanises based on such patient’s request where the law is against it as a result of public policies and protecting the public interest. The stated articles of the ECHR, as mentioned previously, are further argued to be parallel to the need for individual autonomy, as a means to justify the legalisation of euthanasia. The principle of individual autonomy is one of the key principles of criminal law, embedded in a way in every aspect of the law, which essentially explains that every individual is free to make any decision and is responsible for whatsoever decision they make. Although many argue individual autonomy should allow a patient decide they want to have a DNR order on their file or free themselves from ‘the suffering of life’ by soliciting a doctor to commit euthanasia, the fact that many of the rights as stated under the ECHR are limited rights creates a concern for this. This means that although each and every individual have certain rights, those rights are only qualified as long as they are not against public interests or morals. From this, it is arguable as to whether the law considers and recognised morals and ethics.

The case against euthanasia further explains that euthanasia will lead to a ‘slippery slope’ phenomenon. This means that legalising euthanasia would lead to more and more numbers of voluntary euthanasia, thus leading to a floodgate of cases. Similarly, this would mean more and more numbers of people seeking new ways, including developing newer drugs, to freely commit euthanasia. However, some arguments surface regarding Article 3 of the ECHR and the case for the criminalisation of Euthanasia. Where article 3 explains that humans should be free from torture, inhumane or degrading treatment, euthanasia enthusiasts explain that if a terminally ill patient is experiencing traumatic and extreme pain then they are currently in ‘inhumane or degrading treatment’ and so the criminalising of euthanasia is a clear breach of this article.

In some extreme cases relating to passive euthanasia, what happens when a perfectly healthy patient orders a DNR to be placed on their file, without being terminally ill or in a life-threatening situation where resuscitation prolongs life beneficially? What happens then in situations where patient’s or patients families place DNRs born out of belief, preconceived notions or fear or pride? Is the law able to interfere in such situation or should this be left solely to medical ethics? Overall, the question this asks in this regards is whether DNR creates a back door towards the legalisation of euthanasia and whether by way of this, the thin line between active and passive euthanasia is blurred. 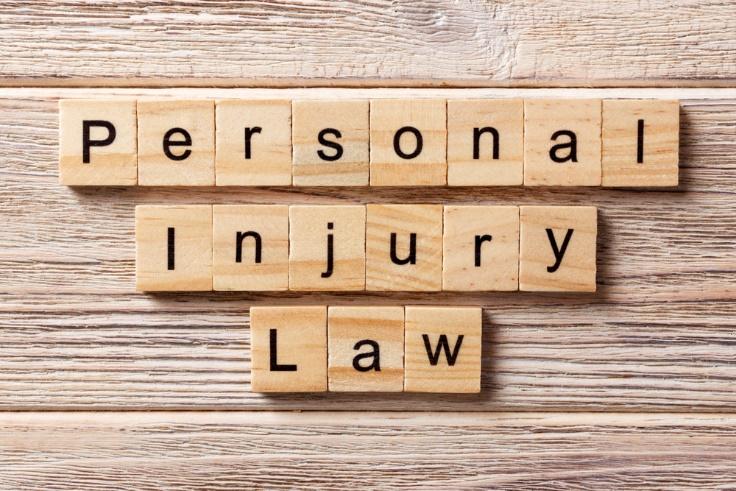 5 reasons to become an injury attorney