Assisted dying: how we got to where we are today

An Interview with Emma Lilley: How to Get an In-house Training Contract 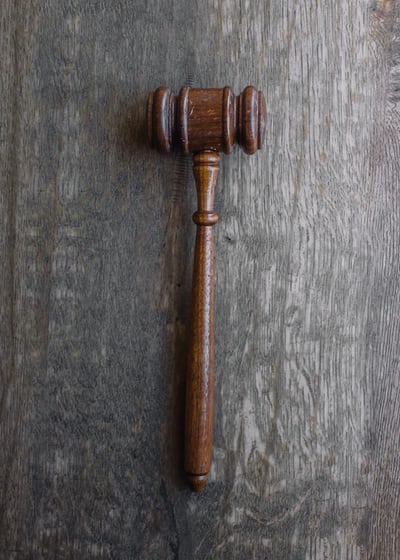 It is thought that the ancient Greeks and Romans believed it was better to voluntarily end a life rather than endure any further suffering. Later many religions viewed life as a divine gift and consequently had a limited acceptance for euthanasia. Though euthanasia (causing the death of another with the belief that it is in their benefit) differs from assisted dying (when an individual is in control of ending their life, another person merely assists), it is evident that attitudes towards this issue have evolved dramatically.

This is the first part of a two-part series on assisted dying that looks at some of the key cases that have called the UK’s stance under review that have divided public and parliamentary opinion.

The law on euthanasia and assisted dying

The Suicide Act 1961 makes it an offence for anyone to“encourage or assist the suicide or attempted suicide of another person”, even if the other person consents and is in a state of prolonged agony or has a terminal condition. If found guilty, the assistant could be sentenced to 14 years imprisonment, but are not always prosecuted. The DPP follows guidelines on when prosecutions are in the public interest – for example, if they pressured the deceased into ending their life.

Article 8 of European Convention on Human Rights (ECHR),incorporated into UK law as part of the Human Rights Act 1998, respects our right to a private and family life. Cases on assisted suicide have included the right to decide the manner of one’s death as part of a private life. On the other hand, this does not mean that every state bound by the ECHR must legalise assisted suicide, as the Convention allows for domestic restrictions on rights in order to prevent crime and protect vulnerable citizens. The cases that have been influential in this area are detailed below.

Switzerland, the Netherlands, Belgium and Luxemburg, as states under the ECHR, have all legalised forms of euthanasia or assisted dying. Hence, it is possible for a UK citizen to travel to one of these countries to end their life. However, anyone that aids this process could be subject to legal proceedings if this citizen :

The law on assisted dying has long since divided public and parliamentary opinion. Here are some of the key cases that have called the UK’s stance under review:

FACTS: Diane Pretty was diagnosed with Motor Neurone Disease, leaving her mental capacity unaffected but her body in a state of paralysis from the neck down. She required constant care from family and nurses. With a short life expectancy, Pretty wished to end her life in a chosen manner, not through suffering from her disease, but was unable to commit suicide alone. Pretty asked the DPP to refrain from prosecuting her husband if he assisted in her death, but the DPP refused. So, she took her case to court to allow her husband freedom from potential prosecution under the Suicide Act. She argued that a number of her human rights were in breach, notably the right to life, and to choose when to end your life, under Article 2 ECHR. After seeing her case dismissed at the High Court, Pretty appealed to the House of Lords in 2001. Nevertheless, the Law Lords confirmed previous rulings by stating there was no right to die under Article 2.However, the right to choose the manner of your death under Article 8 ECHR (private life) was still in question, thus Pretty proceeded to the European Court of Human Rights.

OUTCOME: The European Court declared the right to a private life under Article 8 included provisions for the quality of one’s lifeand a respect for the fact that many, especially in circumstances such as Pretty’s, would like to avoid a painful and undignified death. Nevertheless, the Court also ruled that ECHR member states were allowed to govern assisted suicide as they see fit, stating that restrictions, such as those in the UK, were needed to protect those with terminal illnesses – as they are in a vulnerable position and at higher risk of abuse. Therefore, Pretty’s request that her husband be free from prosecution was dismissed. Petty died shortly after the final ruling.

FACTS: Debbie Purdy suffered from Multiple Sclerosis and wished to travel abroad to end her life with the assistance of her husband. Similar to the case above, she wanted to know whether her husband would be prosecuted. Purdy argued that the 1961 Act did not clearly state when an individual would face legal proceedings after assisting a suicide abroad, and she wanted more information as to what criteria would have to be met before someone was challenged. However, the DPP opposed the suggested lack of clarity and refused to offer further detail on when a prosecution would occur. In addition, Purdy claimed a breach of her right to a private life under Article 8 ECHRas, if her husband could be prosecuted, she believed she would have to travel abroad alone whilst she still had the capacity to do so – thus being forced to end her life prematurely. After her case was dismissed by the Court of Appeal, Purdy proceeded to the House of Lords.

OUTCOME: This case was a landmark in two regards. This was the last decision the Law Lords made before moving to the UK Supreme Court, and they ruled in favour of Purdy, concluding that the circumstances under which the DPP would prosecute those who assisted a suicide abroad under the 1961 Act were significantly unclear. Consequently, this infringed her convention rights. The Lords ordered the DPP to issue a new policy detailing the criteria that would have to be met before an individual that assisted a suicide was prosecuted which is still being used to this day.

R (Nicklinson and another) v Ministry of Justice [2014] UKSC 38: Article 8 of ECHR becomes politicised in the context of assisted suicide

FACTS: Nicklinson suffered a stroke which left him paralysed from the neck down and prohibited him from (known as locked-in syndrome). Requiring the constant care of his family, he described his life as a “living nightmare”. He wished to end his life but could not do so alone, thus he applied to the High Court for a declaration that either:

The High Court dismissed both, leading Tony to refuse food and end is life in a slow, undignified manner. Tony’s wife proceeded to the Court of Appeal, where the case was again dismissed, thus she appealed to the Supreme Court in 2014.

OUTCOME: The Justices did not issue a declaration of incompatibility with Article 8 ECHR, however they did recognise the relationship between the right to a private life and assisted suicide, and agreed that the Court could have declared Parliament’s law as an infringement on the Convention. As the UK’s constitution emphasises Parliamentary Sovereignty, this was a direct challenge to the power of the legislature. Despite the overall decision refraining from a declaration, as the Justices believed it was the role of democratically elected MPs to change the law, there was an evident sense that such change was imperative. Nicklinson’s wife did pursue her case to the European Court of Human Rights who dismissed it.

‘Martin’ : “what about my friends?” – following on from Purdy’s clarifications

FACTS: Following a stroke, an individual going by ‘Martin’ wished to travel abroad to end his life. Though the DPP had issued a policy regarding when family members may be prosecuted (see Purdy’s case), Martin wished for the law to be clarified as to when the DPP would prosecute those who assisted a suicide but had no familial relations. The High Court dismissed this case, and Martin proceeded to the Court of Appeal.

OUTCOME: The Court held that the DPPs current policy was unclear with regards to non-family membersand, consequently, the criteria as to when prosecutions would occur were updated in 2014. The DPP clarified that only those directly involved in the care of the patient, for example medical professionals, would likely be prosecuted if they assisted in a suicide.

FACTS: Noel Conway has Motor Neurone Disease, leaving him only a few months to live. He wishes to end his life in a controlled, dignified manner with the assistance of a medical professional, but this contradicts the law. Conway took his case to the High Court, claiming the 1961 Act infringed on Article 8 ECHR, but he was dismissed, thus he proceeded to the Court of Appeal. In addition, Conway devised a new policythat could be implemented in place of the current law. It contained a provision that would allow a High Court Judge to approve a medical professional’s assistance in their patient’s suicide when the patient had been told they had six months left to live.

OUTCOME: The Court of Appeal did rule that it was not necessarily bound by past rulings on this issue. Yet the judges were concerned that, should they favour Conway’s case, a number of problems would arise:

Moreover, the Court maintained that it was the role of Parliament to make any changes to the law. Conway later announced his intention to pursue his case to the Supreme Court. However, the Justices rejected this possibility.