Blind CVs Open the Eyes of the UK’s Top Firms 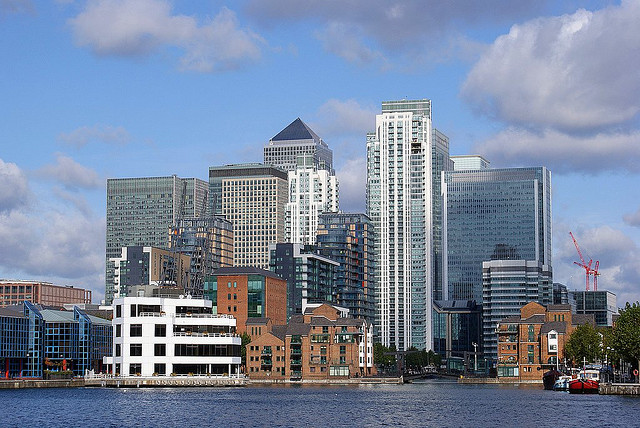 In November 2013, Clifford Chance introduced a new approach to their application process, the Blind CV. It was the first of its kind in the UK, and is an attempt to seek out the best legal talent from non-traditional backgrounds and to stem the bias towards private and Oxbridge educated candidates. In recent months other large law firms have either adopted or are considering adopting the Blind CV. This change to the recruitment process of these firms may be a sign of change within the industry.
The Blind CV process works like this; the general application process remains the same. An initial online application usually followed by a verbal reasoning test and then on to an interview. The significant part is at the last interview stage, the interviewer, usually with a partner will have no information as to what school the candidate attended; whether public or private, Oxbridge or not. It will be up to the candidate to paint the picture of their academics and to sell themselves. It is all in the interviewees’ hands at this point to distinguish themselves from the other candidates.

In 2010, LegalWeek reported that 38 per cent of trainees at the ‘Magic Circle’ law firms went to Oxbridge. Deputy President of the Supreme Court, Baroness Hale, warned last year that there was a ‘startling’ rise in the number of Oxbridge graduates entering the legal profession. 35 per cent of pupil barristers were Oxbridge graduates in 2010-11, compared with 23 per cent in the previous year. Hale, along with others in the judiciary and legislature, have openly expressed their criticisms of the lack of diversity, in all its forms, in the legal sector.

The purpose of the new policy is to encourage applicants who are either reluctant to apply because they feel jobs will automatically favour Russell Group or Oxbridge candidates, and to remove any bias on the interview panel where similar education history would help the candidate and interviewers bond. It is also to seek out talent that could rival or equal candidates from other universities or backgrounds and is an attempt to diversify the legal sector at the top and also the largest firms.

The policy encourages candidates to ‘present their own narrative and to sell themselves’. Before they get to the last interview candidates are scored on work experience ‘which could include working full-time in retail to cover the cost of tuition fees – as well as job-related work placement on a more formal scheme’ which will also determine whether they make it through to the interview.

‘All they will have is the candidate’s name for the final assessment,’ said Laura Yeates, graduate recruitment and development manager at Clifford Chance. ‘The overall object is to make sure we never lose out on talent, wherever it comes from…We need to make sure we have the very best people spread out across the whole of the UK in terms of institutions.’

Clifford Chance is the first out of the five Magic Circle firms to adopt this process, however, the effect the new method has led Mayer Brown and Macfarlanes to follow suit. Hogan Lovells has recently sought the advice of external consultants to assess their graduate recruitment process and are also considering the Blind CV policy, although no decision or start date has been decided.

The new process has been met with mixed opinions.

‘Firms are falling down at the final hurdle… the culture within the firms isn’t backing up the message. Graduates who don’t look or sound like the typical individual round the partnership table are literally ‘bouncing off’ the firm’s culture’ said David Press, CEO of graduate recruitment platform Proceed UK.

It is new and has had a mixture of responses from graduate recruiters with others being sceptical of its long term and real impact on the legal sector, the recruitment process remains rigorous with a lot more focus placed on the candidate to prove, both on paper and verbally, that they have earned a place in the firm and have not simply been given a free pass based on a ‘club’ system. In the first year of the new process out of 100 graduates Clifford Chance recruited, they were made up of 41 different institutions which was an increase of 30 per cent from the year before.

Clifford Chance and other firms are recognising that talent can lie in other ‘unconventional’ places and these firms are now attempting to harness it and make themselves more inviting.

Others argue that it could tarnish the Oxbridge prestige, but in fact although Blind CV does level the playing field, its aim is to encourage all students to not be complacent. Firms are looking for well rounded, unique candidates who look at the world in different ways with different experiences, particularly in an industry that changes rapidly and dynamically.

There has also been a wider movement to boost diversity in law within the City. Aspiring Solicitors aims to promote the increase of diversity in the legal profession by helping firms recruit more-state educated students.

The Blind CV process is in its early stages and appears to be gaining recognition amongst some influential firms. Although there have been mixed views towards the effect of the process itself, it is a part of a larger movement to create diversity that is recognised, encouraged and evidently needed. One thing that is clear is that the process has had an impact on the recruitment process and has promoted change. It appears that firms are now leaning towards more action to increase and encourage diversity rather than just talk.

The blind process gives us one important, but not necessarily new, message; it is not what you have got that is important, but how you use it to your advantage.