Experiences of a Paralegal

Volunteering with the Citizens Advice Bureau 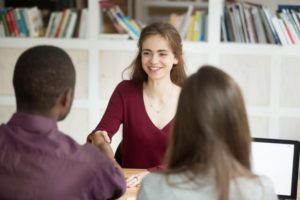 Working as a paralegal is a common job law graduates and those who have qualified as a solicitor/barrister do. Most employers, if not all, would advocate gaining experience working as a paralegal. Not only does it give you an insight into the legal world, but it is also a way to show the commitment you have to the legal world. Whilst the majority of paralegal jobs are temporary, this allows you to build up a wealth of paralegal experience which is positive. I have had paralegal jobs since graduating from university and I am currently working in a Magic Circle law firm. In this article I will lay out my experiences of the paralegal world.

What do Paralegals do?

Whilst paralegalling is largely a standard term for the work that is done, the role can be varied. Those who are qualified lawyers may (depending on the work that they are set) do far different work than those who are not qualified lawyers. There could also be a difference depending on what the client wants from their people who are working on the case. For example, there may be roles where unqualified lawyers can only work up until a certain point because the client has specified that once that work is completed, the rest must be carried out by those with qualified status.

The actual day-to-day work that a paralegal undertakes will vary dependent on the firm you are working for. Whether this means copy checking, bundle preparation or document review is entirely dependent on the work that needs to be carried out, and your suitability in terms of qualifications for the role. My first and current paralegal role have involved working on an investigation and sifting through files to see whether they are of relevance to the investigation being carried out. My second paralegal role was slightly different. It involved drafting correspondence whilst under supervision of a solicitor, office admin, greeting clients and also bundle preparation. As can be seen, the roles do vary from firm to firm.

Another dimension for paralegal work is the asset of a second language. Of course, this does not mean that those who do not possess a second language will have less of a chance of working as a paralegal, as that is indeed not the case. Big international law firms, such as Magic Circle firms and others, have a need for those who are fluent in a second (or third or fourth) language. My paralegalling experience means that I have worked for two large law firms. Whilst one of them was essentially German language work, the other has been mainly English work. However, despite this, both have utilised two languages. In my current role, I was brought in not only because of my command of German but also as a English native speaker. What this means is that whilst I am working as a paralegal, there is variety in my work as it requires the fluency of both languages.

It would not be an informative article without me mentioning the rate of pay that you can earn from paralegal work. Whilst there is a difference between the wage that a permanent paralegal would earn from a temporary paralegal, it can still be a good earner. Despite the majority of paralegal work being temp roles, they are generally over £10 an hour. This is not a standard rate and would vary between the firms you work for, but it is an indicator that the role can be well paid. Temporary roles are often paid by the hour.

How to get a Paralegal role

Now the question becomes, how do you get a role as a paralegal? This answer is twofold. The first is that you can directly apply to firms. This might be more relevant if you are a qualified lawyer, as it is a common role to have whilst people are hunting for training contracts, pupillage etc. There are many law firms looking directly for qualified lawyers to work as paralegals. A lot of jobs are also advertised which require that the candidate have a training contract/pupillage lined up and are looking to work as a paralegal until it begins. The second way is through recruitment agencies. In my previous article about recruitment agencies, I wrote that ones specialising in the legal sector are the best ones to deal with. This is indeed the same for gaining paralegal roles. The only thing that could be considered a downside is that a lot of paralegal roles are temporary. However, the term temporary here has a plethora of meanings. It could be temporary in the sense that the role will last a few days or weeks, or temporary in the sense that it can last anything from a month to six months. Either way, the opportunities are out there to gain a lot of experience working as a paralegal. The more you build up your CV (especially if you have not undertaken your LPC or BPTC) the better placed you will be to gain paralegal roles. Temporary paralegal roles generally consist of document review and copy checking. Whilst these are not duties such as drafting and client interaction, they are still a vital part of the work of a law firm. The general consensus is that it is perfectly OK for those in these temporary roles to be actively seeking more suited roles, and in my experience this is actively promoted. This is not to say that you cannot have a document review role for a few months, because it is better to be in the role than out of it. But it is not going to be a permanent career. So, whilst you are studying alongside working or waiting/hunting for a training contract, these roles are highly recommended.

It goes without saying that proving yourself within a firm can be a positive thing. Having interacted with fellow paralegals, the consensus is that once a firm hires paralegals, they are keen to keep them for their projects as they know their calibre. This does not mean that no one else can get a look in at the firm, because not everyone remains a paralegal. But it does make sense that it is advisable to make an impact on the firm.

The TSL Job Board posts new paralegal roles every week so be sure to check it regularly.

Is it a positive experience?

Where does this leave the experience overall? Well, the roles have been quite varied. My current role, albeit temporary, is extremely enjoyable. One thing that makes it enjoyable are the people I work with as well as the interaction from the Associate leading the case. The pay is good, the work is interesting and the reputation of the firm is known worldwide. The only downside is the uncertainty that is sometimes accompanied by the role, but that should never put you off going for the roles because they are a good experience. Having interacted with lawyers, working as a paralegal is a role that stands out on applications when applying to work for law firms/chambers. I would definitely recommend doing them, irrelevant of whether you are a qualified lawyer or not.

Interview with Ruth Reid, Barrister at Three Temple Gardens Chambers and founder of Cake and Counsel

Interview with Molly Lewis, an associate at Freshfields Bruckhaus Deringer and board member of PRIME