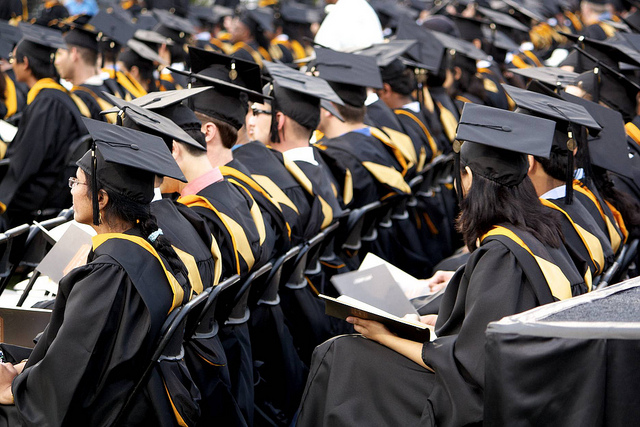 If there’s such a thing as the biological education clock, let’s just say it was more than slightly thrown off when I naively strolled into the corporate-esque lobby of the University of Law, Moorgate on 3 January to start the newly formed, accelerated GDL. Judging from the scenery, ‘raring to go’ wasn’t quite the phrase I’d have used to describe anyone – everyone was either jetlagged or hung over.

I suppose the first thing they forget to mention is that your chance of getting a vacation scheme plummets.

Mental? Perhaps. But both law school heavyweights, BPP and the University of Law, have taken on this new model of an accelerated January-start GDL, which crams an already crammed law degree into a mere space of eight and a half months. My experience so far? Mental.

I suppose the first thing they forget to mention is that your chance of getting a vacation scheme plummets. Your only holiday is in the Easter and you’ll be busy with exams in the summer. Apart from the handful of reading weeks where you may be able to squeeze in ad hoc work experience, your options are sparse. This means doing more pro-bono, more networking and perhaps more unpaid internships to prove you know the business.

For the firms that separate training contract deadlines from non-law and law students, some ask for the non-law applications from as early as 15 January. That’s 2 weeks into your course. However, there’s a sign of firms working to adjust to this new GDL structure, evidenced by Allen & Overy’s decision to let GDL students apply as a law graduate. Let’s hope this trend continues.

It’s also a bit of a hassle for us international students and for students moving on to the BPTC, as the former can’t start the LPC in September and the latter have to wait a year before starting their BPTC. The University of Law has attempted to counter this by allowing GDL students to submit coursework two months earlier so they have the grades necessary to start their next course in September, but many people still seem unconvinced.

At the end of the day, the pros can outweigh the cons – trust me. Personally, I like getting things done and I don’t want to spend more time on something than I need to. Technically, I could finish both my GDL and my LPC in much less than a year and a half – that’s a lot of money saved on transport, rent and living costs. Also, for those of us with memory spans not too dissimilar to that of a goldfish, this cramming thing can really work to our advantage.

At the end of the day, the pros can outweigh the cons – trust me. Personally, I like getting things done and I don’t want to spend more time on something than I need to.

Unless you take delight in washing nine grand down the drain in the space of eight and a half months (instead of ten…), you will work hard. If you go into it with the acknowledgment that the glass is as full as it gets and you’re willing to work hard, then you’ll push hard even on the nights you’d usually turn in and think you can do it in the morning. I’ve found this attitude pays off as I flick through my binder whilst I study for my mocks… all my notes are done. It’s like treating future ‘you’ in a way you never would have done at university.

A fellow GDL-er keeps telling me this is the hardest thing I’ll ever do (I hope she means in terms of institutional training) and, to be honest, rather than being put off, I’m looking forward to coming out the other end – if I do – feeling very proud of what I’ve achieved.

There’s no question that this is a big change in the legal educational landscape. As it morphs, and firms and colleges adjust, let’s hope the cons start to drop away and it appears less and less like an education equivalent of a nose-plummeting kamikaze mission.