China’s Crimes Against Humanity- The UN Speaks Out 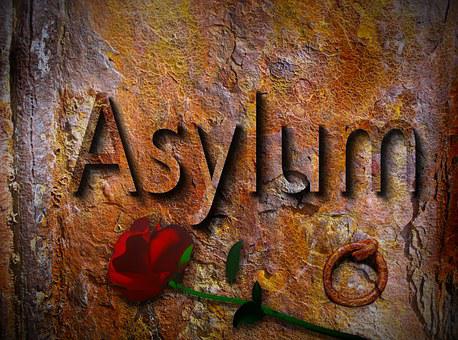 The Nationality and UK Borders Bill was introduced on the 6th of July 2021 received Royal Assent on the 28 April 2022 and became law.

The Bill has a significant impact on the UK Asylum system, bringing change by:

Under legislation found in the Immigration rules, statutory provisions within the Nationality and Borders Act state that asylum seekers whose claims are inadmissible can be removed to a safe third country, so long as the country agrees to their arrival.

Where previously no agreements were reached, and no removals were made under these provisions, Rwanda has now agreed to receive asylum seekers whose claims are inadmissible in the UK. This is due to the UK-Rwanda migration and economic development partnership. This means that if no other country agrees to receive the individual, including countries where that asylum seeker has a connection, then even if they have no affiliation with Rwanda, they may face possible relocation there.

In June 2022 two legal challenges were issued in court. These judicial review cases will be heard in the High Court in September and October 2022 and will examine:

There are concerns the Nationality and Borders Act Bill may be incompatible with international law, damage access to justice and negatively impact the role of solicitors working on immigration cases.

The Refugee Convention 1951 states that as a rule of customary international law, a refugee should not be returned to a country where they face serious threats to their life or freedom.

At the heart of the dispute around the Nationality and Borders Act bill is the creation of a two-tier system. Depending on how an asylum seeker arrives in the UK, this will determine the level of protection a refugee is provided. To be entitled to full protection, the refugee will need to arrive through a pre-agreed legal route, including a humanitarian visa, a resettlement, or family unification scheme. Those who do not arrive directly through a pre-agreed legal route will have stopped in another country that could have offered them protection and will generally receive a lower standard of protection. They will be treated differently by only being granted temporary leave to remain, being denied access to public funds, and being denied the right to family reunification.

In addition, introducing changes to procedures and appeals processes, removes important safeguards, putting those seeking asylum at an unfair advantage. Each refugee and asylum case is unique and individual with their own practical difficulties. This generic approach to procedures and appeals process runs the risk of unjust and poorly made decisions. The Act changes the ability and time allowed to appeal decisions by introducing Priority Removal Notices (PRNs) which can be served on those facing removal or deportation. PRNs shorten the period that a deportation can be challenged. This is due to challenges with a PRN being sent straight to the Upper Tribunal. Under the new Judicial Review and Courts Act the ability to judicially review decisions of the Upper Tribunal has been removed, preventing reconsideration of important facets of the law. Changes to the reduction of appeals places increased pressure on solicitors.

Furthermore, those who have committed serious crimes are excluded from refugee protections. Previously, a serious crime carried a two-year prison sentence, now the threshold has been changed to a twelve-month sentence. This change increases the risk for people who face the threat of being returned to a country they are likely to face persecution in.

Another hurdle to overcome is the late submission of evidence in asylum or human rights cases, including late responses to a PRN which may damage a claimant’s case and credibility. With the strain on solicitors to adhere to strict deadlines, the increase pressure of obtaining evidence in asylum cases makes this a practical difficulty and added strain.

The act redefines standards that are set in the UN Refugee convention by raising the standard of proof that a refugee has a ‘well-founded fear’ of persecution. Now it is necessary to prove on a balance of probabilities that the individual would be persecuted in their country of origin, rather than meeting the ‘reasonable likelihood threshold’. To meet this higher threshold more evidence would be required for solicitors to collate. There is also the concern of a conflict of interest driving a wedge between solicitors and their clients. Tribunals will now have further powers to fine solicitors for ‘improper, unreasonable and negligent behaviour’ which is an additional regulatory regime alongside financial liability.

According to the Law Society, the Rwanda deal is ‘not legally binding’ as it has not received full oversight and scrutiny from parliament and therefore does not protect the rights of asylum seekers who in hindsight would not be able to enforce their rights in the UK by appealing to the British courts in the event of the asylum seeker’s rights being breached in Rwanda. The legal challenges of the deal will be heard in the autumn and will be an opportunity to test whether the deal is lawful.