Women in Law who have Shattered Glass Ceiling

What Your Hobbies Can Say About You to the Hiring Manager 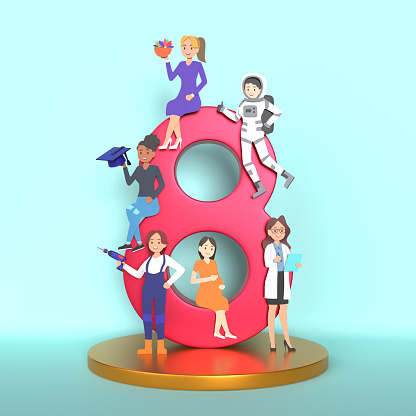 I am grateful for the inspirational female role models who have gone into the legal profession before, making the crooked paths straighter for everyone else. Baroness Hale of Richmond and I. Stephanie Boyce are to name among a few women who have challenged traditional stereotypes by upholding and promoting the values of equality, diversity, inclusion, human rights, and social justice.

Born in 1945, the middle child of three daughters, Brenda was the only child in her village to pass the 11+ exam at a time when there were twice as many grammar school places for boys as there were for girls in her district. She excelled at grammar school and was awarded a scholarship to study Law at Girton College, Cambridge at a time when only three out of twenty-four colleges teaching Law accepted girls. Brenda graduated top in her class.

As a young academic, she then went on to join the University of Manchester Law School where she combined lecturing with study. Brenda then went on to practice at the Bar.

During her working life, Brenda became the first and youngest Law Commissioner ever and lead the Family Law team. She was at the forefront of important law reform projects involving children, divorce, and mental capacity. The Children’s Act 1989 and The Mental Capacity Act 2005 are legislative bills passed that we are still enjoying the benefits of.

Brenda was amongst the first cohorts of Justices when the House of Lords transitioned to the Supreme Court in 2009. She travelled internationally and nationally to adjudicate on a wide range of cases, with an emphasis on Human Rights and Social Justice. She eventually became Deputy President of the Court.

What fascinates me most about Brenda’s legal career is that she climbed heights in the profession during a time when there were hardly any legal protections for women juggling the demands of work and family in largely male-dominated professions. Only years and decades later, legislation would be passed, recognising the need for women to have family-friendly work patterns, including parental and maternity leave, as well as flexible work arrangements.

In March of 2021, I. Stephanie Boyce became the first black office holder, sixth female and 177th President of the Law Society of England and Wales. She was admitted as a solicitor in 2002, with a wide range of experience in Governance, Commercial, Civil, Public and Regulatory law.

Stephanie holds a Master of Law in Public Law and Global governance, for which she was awarded a merit grade at King’s College, London.

In 2020 I. Stephanie Boyce was voted on the Governance Hot 100  Board Influencer and had it made on the Power List 100 Most Influential Black People in the UK in 2021.

Since her recent appointment to the HM Treasury and the Department for Business, Energy, and Industrial Strategy (BEIS), Boyce has championed diversity and inclusion efforts at senior levels in the UK financial and professional services.

She is a visible role model for all, and has made her mission clear, demonstrating that ‘people from all walks of life and backgrounds can make valuable contributions and achieve success in our profession.’