CANZUK: The Empire Strikes Back? 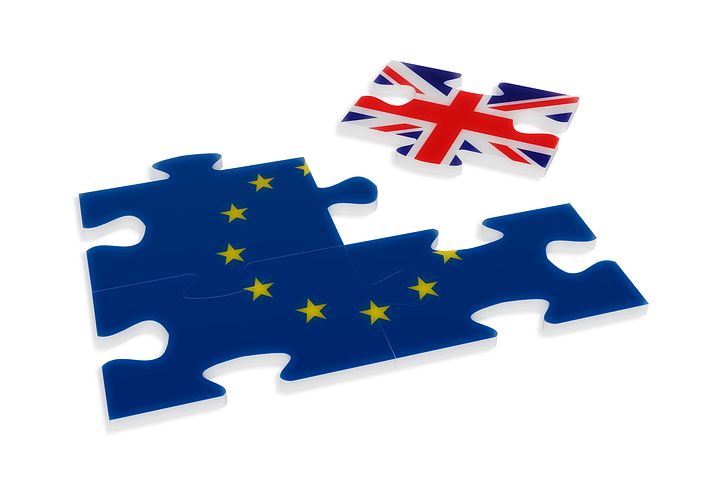 CANZUK is a proposed union between Canada, New Zealand, Australia and the UK which will promote the values of free movement of goods, free movement of people, a common foreign and security policy, and so called “constitutional dialogue”.  The idea is still in its early stages though, to put it politely.  To put it slightly less politely, at its current duration it seems little more than a flurry of hopeful whispers among predominantly conservative politicians in the four countries. There have been no real talks as of yet and no clear plan as to how this union will function; will it be a mere free-trade agreement?  Will it be a loose, EU style political union?  Or are we headed towards a new, fully federalised Anglo-Saxon super state?

How likely is it really?

Despite the infancy of the proposal, the chances of it materialising in the future are not as slim as you might think.  An opinion poll (admittedly one ran by CANZUK International) found that 82% of New Zealanders, 76% of Canadians, 73% of Australians and 68% of the British were in favour of an alliance between the countries.  If this poll is to be trusted, then it seems well within the realms of possibility that, if some heavy campaigning was to be done on the promise of the union, overwhelming public support could see politicians running with CANZUK related policies gaining some real leverage in the countries’ respective Parliaments.

The problem with this is not whether or not playing to the public will actually succeed, it’s whether the public actually know what they’re being played for. As we’ve seen, the details of the plan are vague, we don’t yet know how it will work politically, how closely tied this union will actually be. This is especially important when it comes to the UK; so much of the Brexit campaigning was done around the fact that the British wanted their “sovereignty” back, frequent mentions of “taking back control” and “independence” were thrown into the public to stir a sense of national debasement, it put a chip on the shoulder of the British voter. So, will they really be ready to jump straight back into another global union, having so recently gained this independence they so craved? The answer is impossible to predict at this point, but it is worth mentioning the fact that the power dynamic of this union will be quite different than that of the EU: the UK has the largest GDP out of the four countries at $3.1 trillion, which would likely put them into an immediate position of power in the union, a point likely to charm the people of the country. Being in the proverbial “driver’s seat” of the union may mean that the fears of being controlled by foreign powers may not be relevant in respect to a CANZUK union in the same way that they were in relation to the EU, where often it seemed that it was Germany and France pulling the strings and the UK politely following along.

Why these four countries?

There aren’t many countries in the world as similar as the CANZUK nations, culturally, politically or economically, which means that free movement of people would arguably make far more sense than it does for the EU, where there are 26 countries, most of whom have completely different characters, speak different languages and have broad differences in quality of life. GDP per capita is also remarkably similar, only differing slightly between the four countries (New Zealand has the lowest at $37,000 and Australia has the highest at $48,000) which means that workers moving between the countries can expect a similar, high-quality life wherever in the union they go, whilst also being able to easily integrate into the culture of the country they emigrate to by virtue of the fact they speak the same language.  The similar GDP per capita between the proposed four is also one of the main reasons other commonwealth countries haven’t been included.  South Africa, whilst seemingly the most obvious addition, only has a GDP per capita of $13,400, which would mean there would be a surplus of migration going out of the country into the other four, putting a strain on the infrastructures of the countries being migrated to, whilst also causing a “brain-drain” on the country being migrated from, as large numbers of the most talented people from the country leave for better opportunities else-where.

The original four countries proposed also have very similar legal systems (all common law jurisdictions), similar parliamentary structures and all already share the same head of state, Queen Elizabeth II.  This means that an integration of the nations’ political systems will provide little difficulty, and if the union does intend to federalise, that federalisation will be far easier than it would be in the EU, where there are several completely different legislative systems, all of which would have to be forcibly and awkwardly fused together.

On the positive side, CANZUK would be the largest country on earth (should it be formed as a country) at 18 million km squared, it would also have the fourth largest GDP at $6.45 trillion (behind the EU), the third largest defence budget in the world and the largest overall share in the world for natural resources.  There is no doubt that an Anglo-Saxon union would tip the scales of power on a global stage, bringing the four countries out of the passive, passenger seat role they have been playing since the fall of the Empire.  The global span of the union will also give it certain advantages, as it will be able to assert its influence in the east against a growing China, whilst also holding a good leverage of power in the West against the EU and Russia.

However, it’s global reach, though impressive, is also one of the major flaws of the proposal.  Near destination exports make up for the majority of all the four countries’ total exports, each at around 40%, and trade with other CANZUK members is only 5% of Australian trade, and only 3% of the UK and Canada’s trade.  Re-directing trade through a free-trade agreement could therefore be quite disadvantageous for all four countries.

Another big logistical problem comes from the fact that three of the four countries are island nations, with most of their business being dependent on maritime trade networks.  The reason this is a problem is that CANZUK would not have enough naval power to secure these maritime trading routes, meaning it would be at the mercy of the United States, who dominate the high seas.  CANZUK would, therefore, only be able to exist in subservience to the United States.  Although, it must be said that this wouldn’t exactly be much of a change from the current situation in global politics; we already live in a world dominated by the whims of the US, except the position of the four countries is currently much more insignificant in terms of global power than it would be should they unite, so the fact that it wouldn’t be the number one global power is not overly problematic.

The biggest disadvantage of the union is the difficulty it would have creating a successful free-trade area, but trade and accelerated economic growth don’t seem to be the real motivators behind the proposal.  The four countries have been lagging behind the top league of global power for decades, and the union would help to hoist the countries back into real significance, which should be motivation enough to carry out the idea.