How will the Bank of England’s Bank Rate impact the economy? 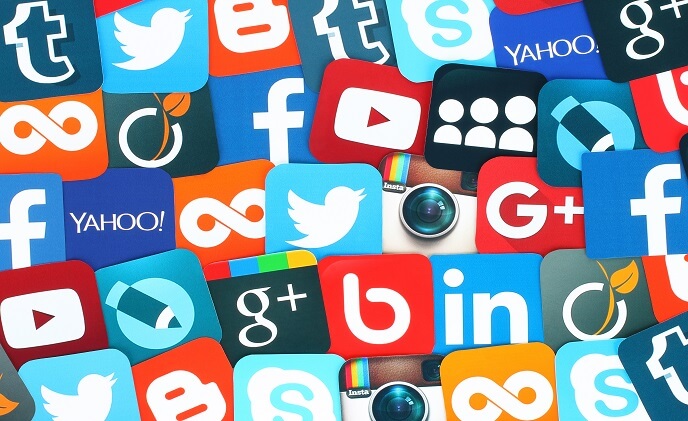 The law, history teaches us, lags inevitably behind technological change. In respect of no development is this more true than the ‘Information Revolution,’ those sweeping and manifold transformations brought about by popular and near-instantaneous access to the internet. Proving a particular challenge to regulators is social media. Compare, by way of illustration, the regulatory scheme governing more traditional media with that applicable to the media of this new digital age. Whereas television content is beholden to a comprehensive set of guidelines and overseen by a government-approved regulator, content published via social media exists in what may more accurately be described as a regulatory ‘wild west’. It is my argument that more stringent legal safeguards need to be built into the online sphere, and that this is a challenge that the state cannot shy away from.

In my view, the most insidious by-products of this technological revolution is the emergence of ‘fake news’. Of course, the dissemination of false information has long been used as a tool to manipulate public debate, but the confluence of social media and AI has undoubtedly intensified the phenomenon. Individuals can now be targeted via sophisticated algorithms that draw on data from our online activity. Examples of fake news are innumerable, but, according to snopes.com, some of the most viral false stories from 2017-2018 include: claims that Black Lives Matter protestors blocked emergency services from reaching hurricane victims, claims that illegal immigrants started California wildfires, and claims the leaders of Islamic State had Barack Obama on speed dial. And the problem is growing exponentially: evidence of concerted online disinformation campaigns has been found in fort-eight countries since 2018.

Why is this so harmful? Partly, the answer lies in our psychology. Social psychologist Sander Van Der Linden posits that, as fakes news takes advantage of our pre-existing biases, it often spreads faster and more-widely than real news stories; moreover, once we have been exposed to doctored information, it is very difficult to remove the impression, even once myths have been debunked. This has stark implications for our public life. If citizens do not share, as a starting point, a common appreciation of what is broadly true and false, how can any semblance of mature, healthy democratic debate take place? This is before we even begin to consider the foreign interference aspect of fake news or the more palpable impacts of disinformation; last year, for instance, more than twenty people were killed in India after false rumours went viral alleging the presence of child abductors in several villages across the country.

The legal status-quo is essentially toothless in the face of these challenges. Being a platform as opposed to a publisher, Facebook is not liable for the content it hosts, and is only obliged to remove patently illegal material – child sexual exploitation, incitement to violence – once brought to its attention. In regard to those harms with a less clear definition, such as online disinformation, there is even greater legal immunity, if not total discretion. Clarifying Facebook’s policy, Nick Clegg has stated that content from political campaigns will, by default, by treated as “newsworthy,” even if otherwise in violation of the platform’s standards, and will thus be exempt from fact-checking. Politicians will be allowed, indeed   tacitly encouraged, to continue lying to us.

The UK Government has recently published a ‘White Paper on Online Harms’ which aims to fill this regulatory vacuum. Key to the proposals is the imposition of a statutory duty of care on social media companies to take reasonable steps to protect their uses, thus shifting responsibility from individuals to the platforms themselves. This duty of care is to be enforceable via an independent regulatory body.

Although welcome, these proposals do not go far enough. Firstly, there is a strong case for imposing a regime of strict, as opposed to negligence based, liability – social media companies have powerful AI tools at their disposal which could enable harmful content and disinformation to be filtered out before even first posted. Secondly, to truly tackle the problem of disinformation, the response needs to be not just reactive but also proactive, incorporating a public education element.  For example, researchers at the University of Cambridge have developed a technique to psychologically ‘inoculate’ people to fake news by exposing them, via an online game, to the methods used to spread disinformation. Whilst this may seem somewhat far-fetched to be the stuff of public policy, it is essentially the position taken in Finland. Following the country’s 2014 Anti-Fake News Initiative, a response to increasing Russian electoral interference, all high school students undergo a course designed to build a ‘digital literacy toolkit,’ enabling them to spot false and inflammatory information. It is worth noting that the Press Freedom Index ranks Finland first in terms of public trust in both the media and democratic institutions.

Opponents of online regulation argue that greater state oversight threatens to have a chilling-effect on freedom of speech. In particular, many are uncomfortable with the prospect of a government agency setting rules as to what constitutes ‘harmful speech,’ and inherently normative category. However, the problem with this line of libertarian thinking is that we are in fact already in a situation where regulators set arbitrary rules as to balancing of competing rights online. These regulators are Facebook and other social media giants, and they are far from neutral actors; the more time we spend on these platforms, the more profitable they are from an advertising perspective, and there is no better way to ensure our continuous attention than through emotive content that plays on our fears. Somebody always sets the rules. We need to ask: who, how and for what purpose? Surely it is better to have the framework for online engagement set by a legally reviewable public agency than by Mark Zuckerberg.

More broadly, I’d ask the White Paper’s critics to reflect on what we mean when we talk about freedom in this context. From the consumers perspective, does genuine freedom of thought not entail informed choice, which can only be ensured within a reasonably fair, thorough and unmanipulated media landscape? From the publishers perspective, ought not freedom of the press, historically fundamental to our public life, be paired with a corresponding duty to exercise this freedom responsibly?