How to Approach A Law Firm 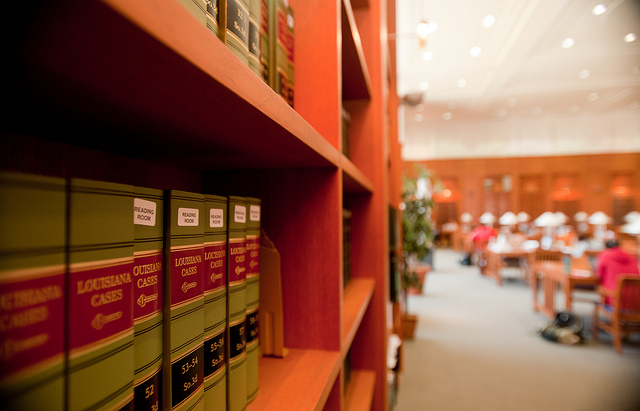 If you are looking for a more detailed explanation of liability for omissions, we suggest that you also take a look at Law Answered, who have produced LLB and GDL guides to Criminal Law. If you like what you see, use the code TSL15 to get a 15% discount on any order of their law guides.

To prove a crime has been committed, it is usually necessary to prove two things. One, the presence of actus reus (guilty act) and two, the mens rea (guilty mind). However, some crimes do not require proof of mens rea; these are known as strict liability crimes. Within the actus reus, there must be both a voluntary act and a consequent result. There are, however, some exceptions to the voluntary act requirement known as omissions. This article will focus on the duties of care under which the actus reus of a crime can be committed through omission. However, note that some crimes cannot be committed through omission e.g. assault and constructive manslaughter.
To establish that a crime has been committed by omission, it is necessary to show three elements. Firstly, that there was a duty of care, secondly that this duty was breached and, finally, that there is a causal connection between the breach of duty and the harm suffered. A breach of duty will not occur if D’s conduct was justified or if the duty was impossible. Below are the types of common law duty which could result in liability by omission.

These are usually relationships between close family members such as mother and daughter. However, courts have declined to identify the exact relationships which fall under this duty of care. A case example of this type of relationship can be seen in R v Gibbins and Proctor [1918] 13 Cr App Rep 134. In this case, D and his common law wife neglected D’s 7 year-old child who starved to death. Both D and his wife were convicted of murder due to D having a responsibility to his child, and the wife – as she had a special relationship to the daughter. This case resulted in murder, not manslaughter because the necessary intention was found.

This category is similar to that of special relationships – however, it does not necessarily have to be a family member. This can apply to anyone who undertakes responsibility for the care of another. Crucially – in this category – the circumstances of the case will be needed, to decide if there was a voluntary assumption of care. A leading case here is R v Stone and Dobinson [1977] 1 QB 354. In this case, the defendants ‘took in’ Stone’s sister, to care for her. Both defendants were described as having low intelligence and acting inadequately whilst she was in their care – Stone’s sister’s condition deteriorated resulting in death. Both defendants were convicted of manslaughter as they voluntarily assumed the responsibility to care for her, which they failed to do. Their lack of intelligence was no excuse. Another earlier example of this duty situation is in R v Instan [1893] 1 QB 450.

A contract may create a duty under criminal law to not only people party to the contract, but also, to people who are likely to be injured if the contract is not performed. This is most evident in professions which involve caring for others such as health professionals. The leading case on this duty is R v Pittwood [1902] 19 TLR 37. In this case, D was a railway crossing gate-keeper. He opened the gate to let a cart through, and forgot to close it before he left for lunch. A person was struck on the railway track and D was convicted of manslaughter. However, it was, and has still not, been made clear by the courts where the employers duty will end on each shift. The only certainty is that it will end when the employment is terminated.

Duty to remedy a dangerous situation

This is this most recent duty of care situation created by the courts. This duty of care means that if you create a dangerous situation, you are liable for any harm caused if you have not taken reasonable steps to prevent the harm occurring. The act may be done innocently, but there is still a duty to prevent harm.

This duty draws its origins from the case of R v Miller [1983] 2 AC 161. D was a squatter in V’s house, and went to sleep whilst holding a lit cigarette. When he woke up, he found that the mattress was on fire. Instead of trying to put the fire out, D moved into the next room and went to sleep. The courts held that D should have tried to remedy to situation by putting the fire out. His subsequent failure to do so created liability for the damage caused.

This duty may well arise between random members of the public in a situation where one person attempts to rescue another but abandons the attempt upon reaching the victim. This could create a dangerous situation. Indeed, they may have made the situation worse than it was originally but their attempted rescue. However, the attempted rescue may not cause this duty to arise if upon failing the rescue they subsequently get help.

Currently under English law, there is no duty to act to help other members of the public unless they fall into one of the above categories. This means that if someone was drowning in a lake, and a member of the public walked past, they would be under no legal obligation to help them, even if there is a strong moral obligation. Thus, a member of the public cannot be prosecuted for failure to act in such a situation. However, should English law impose a general duty of care?

Overall, the duty situations imposed by the common law and statutes are likely to be seen as sufficient to protect society. A general duty of care could increase morality of society but it is likely to cause more problems than solutions.