Employment Law Elective on the LPC 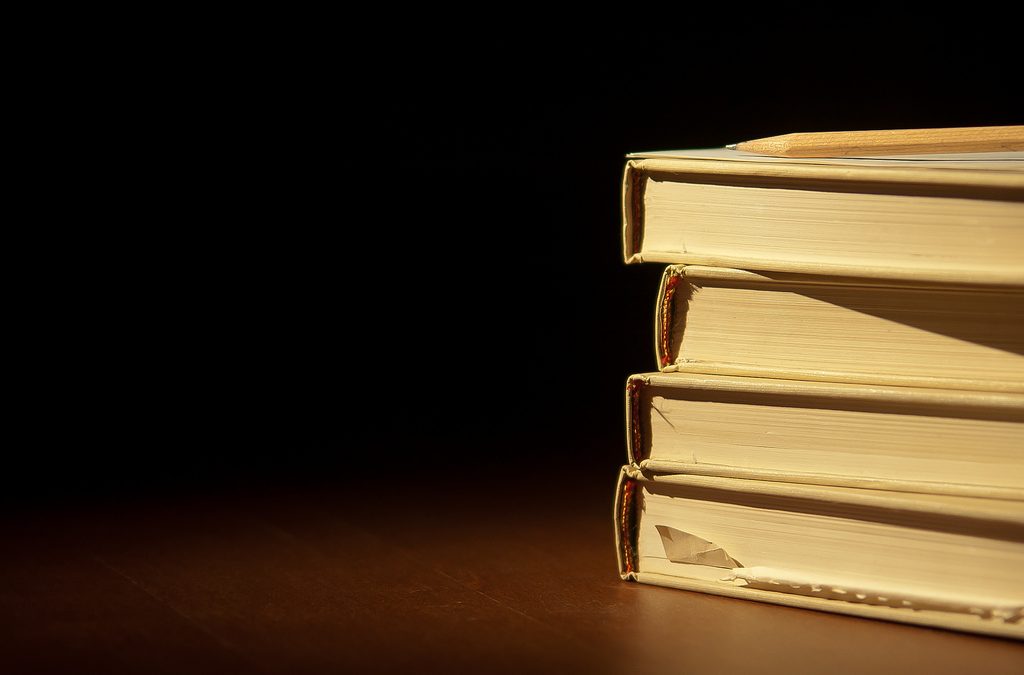 Employment law is taught as one of the many elective courses in the second half of the LPC year. At most law schools you will be required to pick three electives, and only a few firms make employment law a requisite elective for future trainees. As a result, most students on the course are there because they have chosen to be.
Employment law has, effectively, three main sources:

The course is split into seven key topics:

This may seem a very simple question to answer, but don’t be fooled – it can be an extremely contentious issue. It is also an issue of prime importance, since generally the protections and rights granted in employment law are granted only were there is an employer/employee relationship.

First investigations will, as always, lead to statute – specifically s230(1) and (2) ERA 1996. However, blurring of lines can occur when distinguishing between genuine employees (who work under a contract of service) and self-employed workers/contractors (who work under a contract for services). For typical workers (who work on a regular, more systematic basis) there have been various tests developed over the years to sort employees from the rest:

As well as paying heed to these tests it has sometimes been considered necessary to look further into the relationship between the parties and consider substitution (could the ‘worker’ send someone in his stead?) and in some cases mislabelling (calling someone ‘self-employed’ does not necessarily mean they are – especially if they only use that label to take advantage of tax legislation).

The waters are further muddied when you throw into the equation ‘atypical workers’ such as agency workers. This has produced considerable case law and some further tests, all of which are fully considered on the LPC course.

This is, at its heart, a contract – as such, go and get the notes from your LLB/GDL and relive some of the fun times you had grappling with the basic concepts, whilst quickly casting your eye over the provisions listed in s. 230(2) ERA 1996.

The terms included in a contract of employment can either be express (agreed between the parties, but they do not have to be in writing) or implied (either though imposition by statute or by being so obviously part of the contract that it seemingly didn’t need to be expressed). Further terms may be imposed on contracts of employment by statute.

Listed in s. 1 ERA 1996 are details which must be provided, in writing, to each employee within two months of the commencement of their employment, and these will often be listed (expressly) in the employment contract itself.  Terms which may be implied into employment contracts include duties of the employer to pay wages, and to exercise reasonable care. An example of an implied duty for employees may be the duty of good faith towards the employer. Both parties have the duty of mutual trust and confidence to adhere to.

The Equality Act 2010 (EA 2010) has largely consolidated previous discrimination legislation, although it has provided for some changes. Under the Act it is unlawful to discriminate against employees (or potential employees) on the grounds of one of the ‘protected characteristics’, namely:

Indirect discrimination occurs when there is a provision, criterion or practice which is disadvantageous to people with a protected characteristic. The provision, criterion or practice will not be deemed discriminatory (even if disadvantageous to someone with a protected characteristic) if it can be shown to be a proportionate means of achieving a legitimate aim.

Harassment is unwanted conduct related to a relevant protected characteristic, which has the purpose or effect of violating an individual’s dignity or creating an intimidating, hostile, degrading, humiliating or offensive environment for that individual. Harassment applies to all the protected characteristics apart from Pregnancy and Maternity, and Marriage and Civil Partnerships.

Victimisation occurs when an employee is treated badly because they have made or supported a complaint, or raised a grievance under the Equality Act (a ‘Protected Act’ under s27 EA 2010), or because they are suspected of doing so.

However, you are not protected from victimisation if you have maliciously made or supported an untrue complaint.

This is a summary of the various areas covered under the title of Discrimination on the LPC – the course itself goes into great detail on all the above points, the defences, the potential remedies and the various cases which have contributed to the current position.

If an employer dismisses an employee, and in doing so the employer acts in breach of his contractual or statutory obligations, then the employer will be liable to the employee for any loss by way of damages for wrongful dismissal (normally this is limited to the due wages for the statutory or contractual notice period which was denied). Remember, though, that this is without prejudice to the employer’s ability to summarily dismiss employees lawfully in certain circumstances (for example, where the employee is guilty of gross misconduct).

S. 94(1) ERA 1996 gives an employee the right not to be unfairly dismissed by his employer. The subject of unfair dismissal is both easy to simplify and potentially incredibly complex, at the same time. Given the choice – and as this is just a summary – I shall keep it simple.

A four-step guide to unfair dismissal

i) is the applicant an employee? We have already touched upon this potential can of worms – it can get complex!
ii) does the applicant belong to an excluded group? For example, the Police, etc.
iii) does the applicant have the necessary required length of continuous service? There are a few points of note here – ‘continuous’  may not be what it seems, and the required length has, as I am sure you are all aware, been subject to a change moving from one year to two years from April 2012 (although this will only apply to those employed from this date forward and shall not be retrospective).

You will, by now, not be totally surprised when I tell you that this is not always as simple as it seems!

Certain reasons for dismissal are automatically unfair (such as dismissal for membership of a trade union).

i)     was dismissal one of the band of reasonable responses in the circumstances?

ii)   was the dismissal procedurally fair? There is plenty of case law (as always) on this and, crucially for employers seeking to avoid making mistakes, there is also some guidance provided in the ACAS Code of Practice which, whilst not legislative in effect, does provide almost total assurance to employers that they will not act in a procedurally unfair manner if they adhere to it.

Should the Employment Tribunal find that the dismissal was unfair, then they may award any of three potential remedies – reinstatement, re-engagement or compensation.

Transfer of Undertakings (Protection of Employment) Regulations 2006 (TUPE) protect employees if the business in which they are employed changes hands. The Regulations act to move the employees (along with any liabilities they hold – such as brewing claims) from the original employers to the new employers by operation of law.

TUPE applies when employers sell or buy all (or part) of a business as a going concern, outsource (or make a ‘service provision change’) or grant/take over a lease or licence of a premises and operate the same business from those premises.

As such, the new business owners should be aware of exactly who they are having transferred into their employment, the details of those employees’ terms and conditions (as they will transfer over) and also any potential liabilities transferring with those employees. Crucially, any dismissal made where the sole or principal reason for the dismissal is the transfer will be automatically unfair.

Whilst employed, an employee is bound by the implied duty of fidelity to his employer. As such, entering into competition with that employer in some way would be a breach of contract.

Most employment contracts with also include restrictive covenants as express terms to restrain the employee after the end of the original contract, and try to stop the employee working (after the end of contract) for a particular employer, within a particular industry or within a particular geographical location for a set period of time (often three or six months – sometimes longer).  These express terms make commercial sense as an employer will obviously want to stop employees moving directly to a competitor and making use of knowledge and skills gained at their previous employment. However any agreement breaching the doctrine of restraint of trade will be prima facie void. Such covenants will only be upheld by a court if it is satisfied the original employer has a legitimate proprietary interest to protect (client lists, trade secrets, etc.). However, even in this case the court will often seek to limit the timeframe to only as long as would be fair to protect such legitimate proprietary interests. The court will often also use the ‘blue pencil’ approach to these covenants, whereby they strike out the parts they consider unenforceable whilst allowing to stand the bits they believe should be enforced.

The above article seeks to give a rough overview of the contents of the Employment elective on the LPC – resulting, I am sure, in a piece which will frustrate practitioners in its simplicity, and slightly confuse those new to the subject with some over-complication! It would be very easy to write a few thousand words on each of the subjects addressed above – and the case law involved – and there are still significant areas of Employment law which are not covered on the LPC. 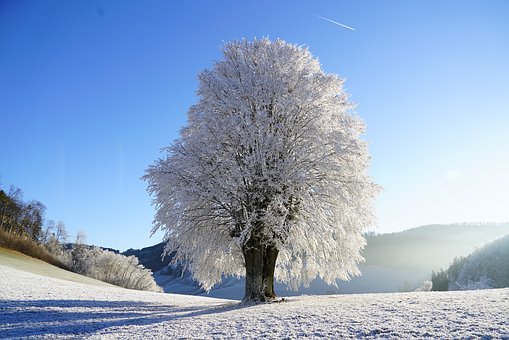 Tips to maintain productivity during the holidays and throughout the year 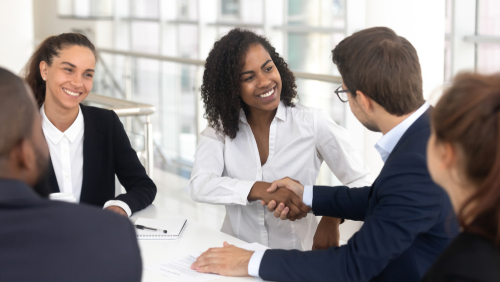 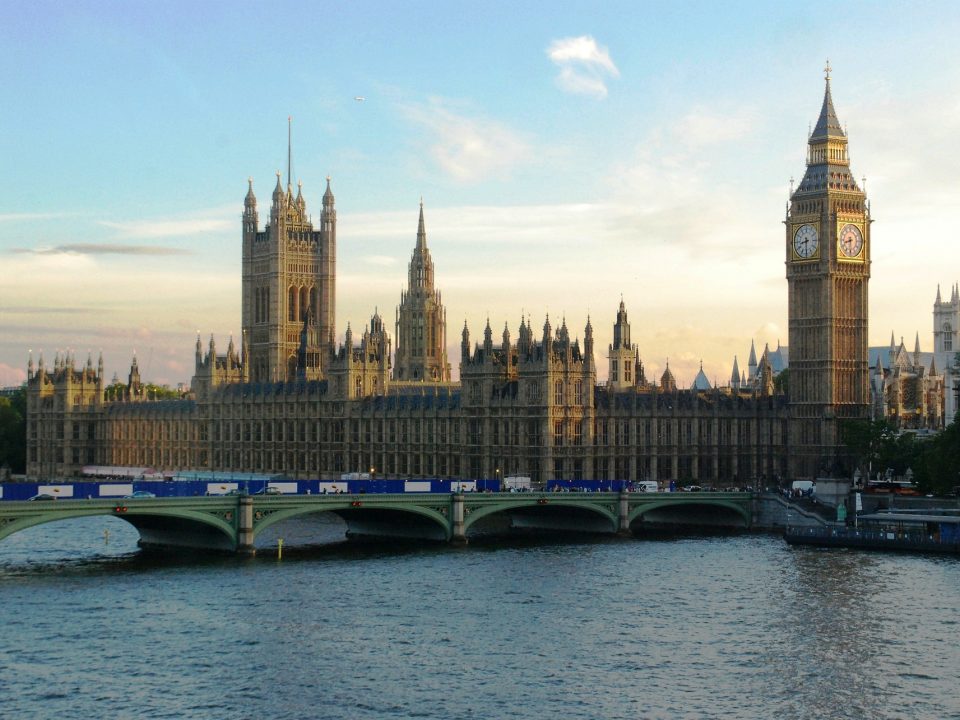