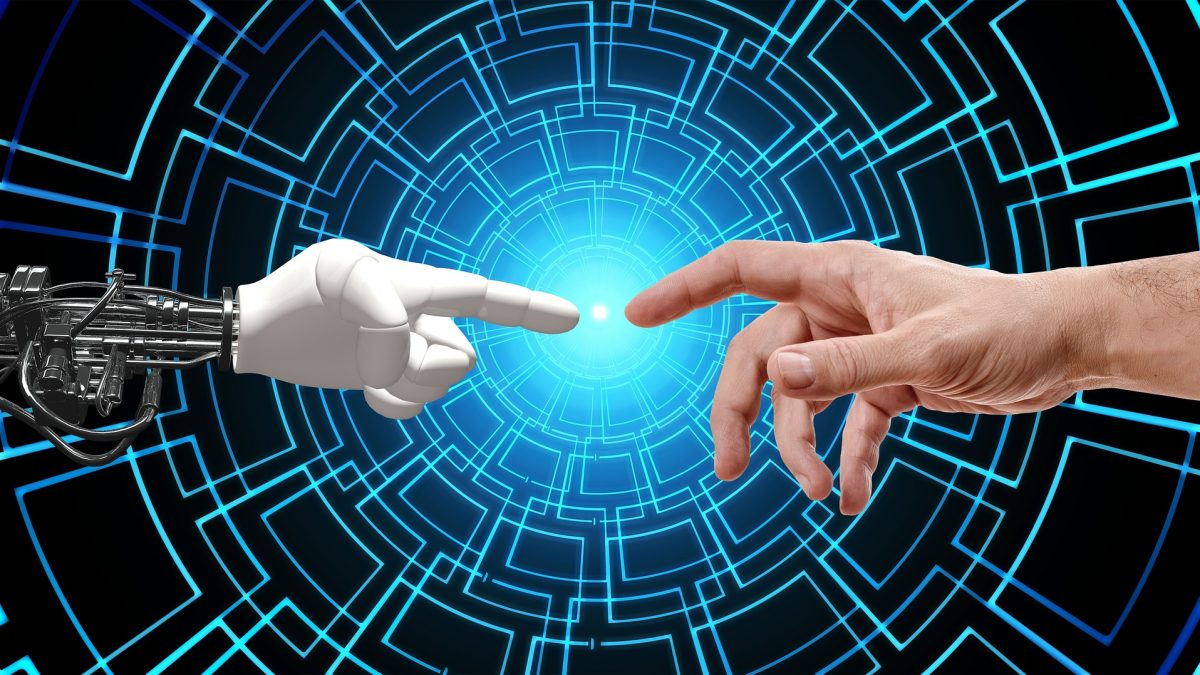 At the age of 16, I went on a trip with some of my friends and they trusted me to choose the music for the ride. This newfound responsibility began to change my perspective of music. I had to judge the mood in the car and pick which songs would match it. If I got the timing right and picked the right song, I could also change the mood in the car. Taking on the role of car DJ more seriously and keen to expand my music library, I downloaded Spotify. Somehow its algorithm was able to blend together my favourite songs and new ones in a perfect mix that exposed me to so many incredible artists and songs. Its accuracy can be aptly described as musical genius. Studying Intellectual Property Law this year, I began to wonder whether the law would view it, or similar technologies, in the same light and if not, whether it should.

Curious, I looked into how Spotify playlists are created. Some are made by playlist editors and others by Spotify’s algorithm known as BART (Bandits for Recommendations as Treatments). BART collects data from Spotify users- the songs they listen to, skip, repeat and add to their playlists to generate playlists like Discover Weekly and Release Radar which contain mostly new songs that the algorithm predicts the user will enjoy. BART is an algorithm and would therefore be qualified as a computer program under the Copyrights Designs and Patents Act 1988 (CDPA). BARTs creator would be classified as its author, who is defined by section 9(1) of the Copyright Designs and Patents Act 1988 (CDPA henceforth) as the ‘person who creates it.’

Imagine a world where BARTs intelligence develops to the extent that it is capable of not only creating playlists but even putting together an album inspired by a collection of its favourite songs from all time. Arguably, we are already living in such a world. In 2016, a Japanese artificial intelligence (AI) technology co-wrote a book called The Day A Computer Writes A Novel with its creators led by Hitoshi Matsubara. This book made it past the first round of a Literary Prize screening. Furthermore, Deep Mind, Alphabet’s (Google’s parent company)  AI company has made software capable of making music by listening to recordings.

Based on current UK law the person who created BART, not BART, would be credited as the author of its album[6]. This is despite BARTs labour, skill and judgement[7] in crafting this album, which is the traditional UK standard of originality. Originality is required in order for copyright to exist in a work. This, prima facie, seems odd- if BART has put in the work and used his artistic functions, potentially skills, to create this album then why does the law give the credit for the work produced to someone who did not create the album?

In addressing the somewhat related question of whether the law should recognise the contribution of the creator or the user of a program, when that program is used to create a protectable work Andres Guagamuz likened this question to ‘asking whether copyright should be conferred on the maker of a pen or the writer.’ This question is not too dissimilar to asking whether authorship should be granted to the creator of an AI technology that created the work in question, or the AI that created the work itself. One would not say that an art teacher was the painter of the work her student has painted, despite the student owing much of his skill to being honed by his teacher. Russ Pearlman, writing about the US legal system’s treatment of AI created works, said that ‘there appears to be a deliberate indifference to the realities of AI in 1956 versus AI in 2018.’ Given that certain AI technology is capable of independently producing copyrightable works, the question still remains – why does the law not recognise them as authors?

The UK Government’s response to the UK Intellectual Property Office’s consultation on Artificial Intelligence and Intellectual Property affirmed that the current law on copyright and computer generated works is adequate. This conclusion was justified on the basis of AI technology still being in its early stages. But given that AI technology was a co-author, in the everyday use of the word, of a book that was considered for a prize, perhaps some of them, despite being in their early stages, are developed enough to qualify as authors of creative works.

Granted, AI can never have the personality of a human being – at least for the time being. But this does not mean that it should not be credited with the creation of certain works. After all, one of the purposes of copyright is to reward the efforts of the author. If the efforts are what are being rewarded, why limit this to human beings? Pearlman contends that AI can be the author of a work and because it is not a legal person, these rights can therefore be assigned to its creator who would then own the rights.The commercial benefit of granting authorship to AI means that investment in new AI technologies will be encouraged. Investors are likely to appreciate the benefit of the product of their investment being copyright protected.The benefit of AI being assigned authorship could reduce litigation between creators and businesses over who the rightful owner of the work is. In fact AI technology may be used to enhance human creativity, as evidenced by The Day A Computer Writes A Novel.

Acknowledging the difference between humans and technology, Russ Pearlman came up with the following legal test for determining whether a technology has been authored by AI. The first part is whether the subject matter is eligible : ‘an AI has created eligible subject matter if the creation is original and developed independently from mere instructions provided by a programmer.’ He used the example of Google’s Project Magenta, the software mentioned above capable of producing music. The second part is causation: ‘an AI has caused the creation of a work or invention if there is “de minimus” human direction and the AI’s creation process is not merely rote or mechanical.’ Should a work meet both criteria, then it ought to be granted copyright. This system seems appropriate for the era in which we live.

To conclude, we live in a world where it is possible for AI to create pieces of art – be it music or literature – that we can enjoy. Part of the purpose of the copyright system is to give credit where credit is due. It has been shown that AI technology has developed, and will continue to develop, to such a level that it is able to create on its own initiative, although after a little bit of inspiration, like all human creatives. If the law is to keep pace with the developments in this field, it ought to grant protection to all creatives – human or not. By recognising technology’s contribution to creative works, the law will incentivise creation of a wide range of works which will be beneficial to companies and creatives alike. Not to mention those of us who enjoy art in all its forms – be it a book or BARTs creation.