Background
One of the fundamental Human Rights, enshrined in Article 6 of the Convention on Human Rights, is the right to a fair trial:  In the determination of his civil rights and obligations or of any criminal charge against him, everyone is entitled to a fair and public hearing within a reasonable time by an independent and impartial tribunal established by law. Judgment shall be pronounced publicly, but the press and public may be excluded from all or part of the trial in the interests of morals, public order or national security in a democratic society, where the interests of juveniles or the protection of the private life of the parties so require, or to the extent strictly necessary in the opinion of the court in special circumstances where publicity would prejudice the interests of justice.

The current furore over the concept of a ‘Secret Trial’ has been recently causing a major stir in various media outlets. This came to a head when with the Guardian and other media successfully mounting a legal challenge to overturn the CPS’s attempt to conduct a recent case entirely in secret, with the accused, and all other details about the trial, remaining anonymous [1].

It is not hard to see why there has been such great debate and concern over this issue. The principle that the machinations of justice must be both open and easily accessible is one of the most important and valuable tenets of our society. Therefore, it should be cautiously safeguarded with the due vigilance that is required. Indeed, Jeremy Bentham once called it “the keenest spur to exertion and the surest of all guards against improbity”. In addition, one of the great contributors to the law of our time, the late Lord Bingham, when writing and defining the ‘rule of law’, he believed that it should be placed at the very core.

The very existence of this case, previously known only as R v AB and CD, was kept a secret, and no media outlets were able to confirm, or even deny it.

The CPS had initially been granted an order by Justice Andrew Nicol, permitting that the trial “should take place entirely in private with the identity of both defendants withheld” and with “a permanent prohibition on reporting what takes place during the trial and their identities”

Why did the CPS request such a draconian and unprecedented measure? Their justification was that they would ultimately be deterred from prosecuting the terror suspects in question, because to do so publicly, would represent an unacceptable risk to the national security [2].

Understandably, and indeed ironically, once the details of this ‘secret trial’ decision had been made public (as a result of the Guardians legal challenge), there was much displeasure that such a decision had been taken, which resulted in a large amount of derision from all angles.

The Court’s subsequent decision in overturning this order was perhaps reflective of these concerns. In the decision, given by Lord Justice Peter Gross, Justice Peregrine Simon and Justice Ian Burnett, they stated that:

We express grave concern as to the cumulative effects of holding a criminal trial in camera and anonymising the defendants. We find it difficult to conceive of a situation where both departures from open justice will be justified. Suffice to say, we are not persuaded of any such justification in the present case

They did, however, recognise the unique nature of the trial and the serious challenges to national security that it posed, stating that the ‘core’ of the trial must be held in private.

Whilst the victory for the media has allayed the concerns of some, there are still many concerns that this is a pyrrhic victory. This is because much of the trial will still be held in secret, and the access of and broadcast of information by journalists will be restricted and, in all likelihood, censored.

This, therefore, is not a truly ‘open’ trial, which will concern many people who had some issues with the initial decision, and whilst it was not a fully secret trial, it encourages a worrying precedent.

One thing, however, that we must take into account when considering this particular issue, is the Human Rights Act. On a more detailed inspection we can clearly see that the Act makes express provision for matters that may require the trial not to be fully open to the public:

Judgment shall be pronounced publicly, but the press and public may be excluded from all or part of the trial in the interests of morals, public order or national security in a democratic society…

This, rightly or wrongly, provides some justification for the current situation created by the Crown and its Government, with one buzzword cropping up again: Balance. As in many issues in Public Law and Human Rights, there is a balance that is required to be struck between these two seemingly opposing principles: national security and open justice.

Once again, on one side of the scales is ‘National Security’. In recent times we have become used to seeing Privacy on the opposite side, such as on matters of high urgency (e.g. terrorism), with Governments using these terms to justify invasions of privacy (i.e. NSA!).

This time, however, it is ‘Justice’ instead of Privacy that takes centre stage.

In this particular instance, however, the judges did not feel that a correct balance had been achieved. Furthermore, a point was raised in an Editorial on the Guardian website [3] that national security concerns should only be used ‘rarely’ in order not to ‘jeopardise public confidence’. This point is supported by a reference to the infamous and long-running Binyam Mohamed case [4], where ‘the complicity of MI5 in torture would have been suppressed altogether had Lord Neuberger, then Master of the Rolls, not published his draft legal opinion’.

This demonstrated the concerns and challenges that face any attempt to incorporate or favour national security concerns as opposed to ‘open justice’. It strikes at the very heart of the legitimacy of government, needing to show the public that we are not heading towards a ‘police state’ (as some Guardian commenters would have you believe!)

Having seen some of the (albeit obviously biased) media reaction, it seems that issues surrounding the parties involved have been misinterpreted. Whilst the Government is heavily involved here, the real issue lies with the CPS and the judiciary.

The CPS has a mandate and they clearly felt that they would not be able to successfully honour their principles without requesting for a secret trial.

The denouncements of the so-called ‘secret- justice’, being presented as an opposite to ‘open justice’, seems to underestimate and discredit the judiciary. Judges are people who we do put our trust into to get these decisions right, and they certainly are not in cahoots with the government as has been suggested in some of the internet vitriol. Indeed, it was the judges who allowed the appeal from the Guardian et al., demonstrating that they can be the ones we turn to when the Government has made a questionable decision or has infringed on some right.

Whilst this is not to say that judges are completely infallible super-humans, it is odd to see such a high level of outrage directed at the people that we place our trust in every day to deliver a correct and proper decision (with the back-up of an appeal system when it doesn’t work out perfectly).

Therefore, whilst it is completely understandable that such decisions have been controversial and were not met with universal acceptance, the media (having a vested interest in the outcome) have appeared to play their part in whipping up a frenzy about the implication of such ‘secret trials’. Obviously there are concerns, but we cannot forget that national security, is, and always will be, a major issue. What is required, therefore, is a balancing process that takes into account many factors.

Whilst the human right of a fair and open public hearing must be protected at all costs, so too must we strive to achieve a situation where a man can be found guilty for terrible crimes at little cost to the safety of our nation and its people.

[2] This is the logical conclusion, however, the actual legal basis of the argument was never made public. 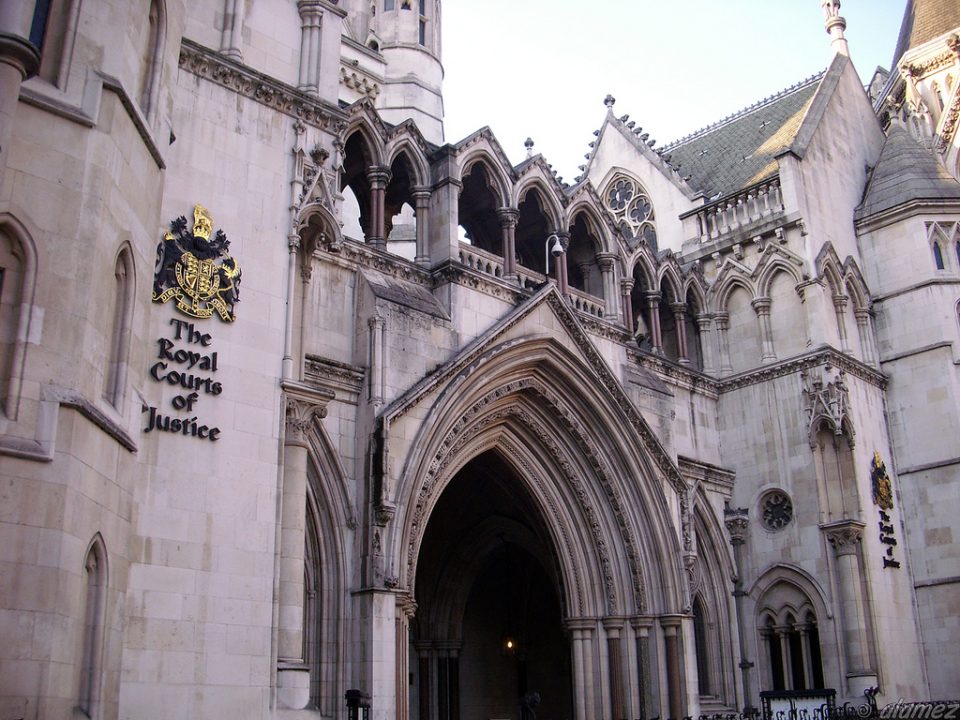