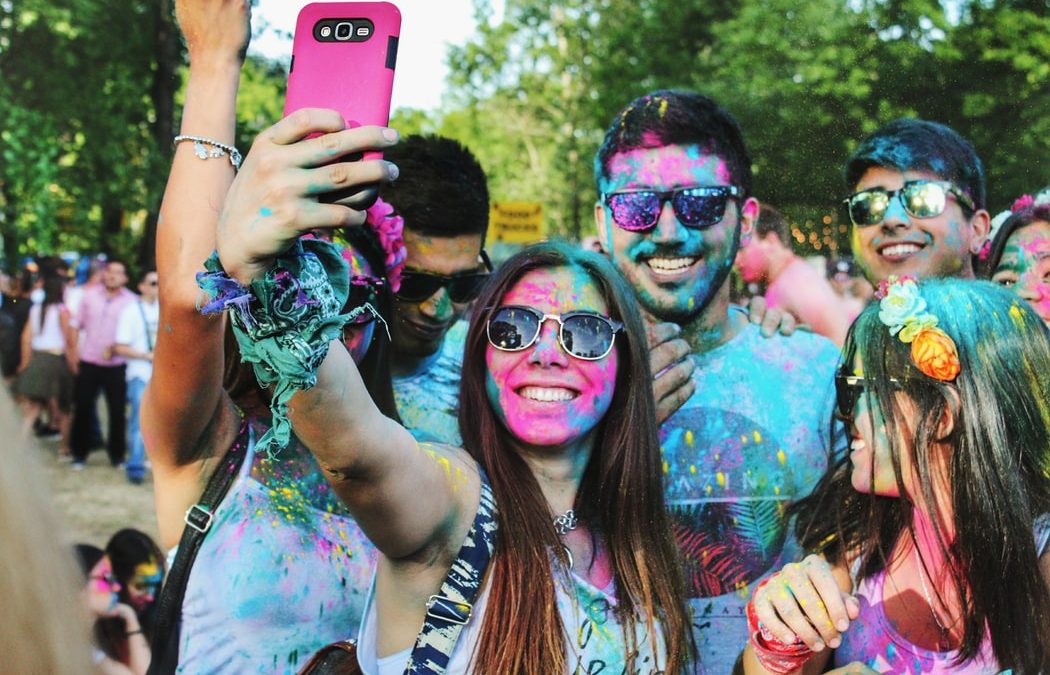 Following the advent of the term ‘selfie’ making it into the English Oxford Dictionary, it is important that people are made aware of what it actually means to take a selfie…
The dictionary defines selfie as:
‘A photograph that one has taken of oneself, typically one taken with a smartphone or webcam and uploaded to a social media website’.

This article seeks to explore some of the law in the United Kingdom governing photography that is uploaded on to social media sites.

The starting point, which is pertinent to this discussion, is to identify what legal rights people have over their photographs in general.

Section 77 of the Copyright, Designs and Patents Act 1988 establishes the right for people to be identified as authors of artistic work. Meaning that, where work is published commercially, exhibited in public, or where a visual image of the artistic work is communicated to the public, the author must be named and this should be made clear to those to whom it is being shown.

Photographs are included within the meaning of ‘artistic work’, therefore providing people who create or generate photography with the right to be named as the author of photographs they take, where the circumstances listed in Section 77 are fulfilled.

However, in respect of ownership and the right to be identified, a person can consent to waive his/her rights under Section 87 of the Act. In the majority of instances, people will give up their right to be identified in content which they post onto websites via their agreement to the website’s terms and conditions. However, they will still be the owner of that photo. For instance, when you sign up to Facebook you agree to:

Whilst you can still appear to be the owner of such content, you grant Facebook freedom to do almost anything with your photographs, and this does not necessarily require them to identify anyone as the owner of it.

Where the author of content is unknown, the law in most legal systems describes such content as an ‘orphan work’. In the UK, such content is now governed by the Enterprise and Regulatory Reform Act 2013, which provides that an independent body would be appointed by the Government to oversee the licensing of orphan works.

Orphan works are defined as copyright-protected work, the author of which cannot be identified. Under the Act, a so-called ‘diligent search’ must be carried out to identify or locate the author of content before it is deemed to be an orphan work.

Where selfies and user-generated content are concerned, it can be difficult to establish who the original owner is. Of course, in a lot of instances, the person in the selfie is the owner of that photograph or the person who owns the camera, as selfies usually involve taking pictures of ourselves on our own mobile phones or cameras. But what happens where that selfie has been reposted, blogged and shared several times over? It becomes difficult to identify the owner and, in some cases, impossible.

Critics of the new Enterprise and Regulatory Reform Act argue that the Act deprives artists and photographers of their right of ownership, as photos can be used by just about anyone for almost anything.

Niko Ruokosuo, CEO of crowd-sourcing photo service Scoopshot, said: “the Enterprise and Regulatory Reform Act means that orphan images can be used or licensed without permission or payment. That means that photos shared online could show up in ads for just about anything, without any warning. Aside from being deeply unethical, the Act shows a complete disregard for the public’s rights.”

Who really owns your face?

It’s a tricky question, and no one answer can be provided. It depends on the criteria into which the selfie or user-generated content fits if an answer is to be given.