Globalisation and the Effects on the Legal Profession

A Career in Law: Is it worth it? An insight into the CILEX Route. 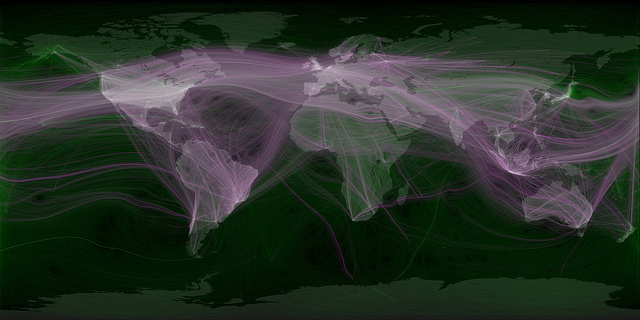 Globalisation, a buzzword used by many but understood by few. Let’s face it, the phenomenon is unavoidable, but to what extent are the effects on the legal profession truly understood? Declining trade barriers, and advancing technology have induced an increasingly global culture; Delhi taxi drivers listen to Michael Jackson while Bollywood films air in Detroit. To remain competitive in the global market, law firms have had to adapt and in doing so, many have taken unique approaches.

Traditionally the term ‘globalisation’ referred solely to economic factors; foreign direct investment, free trade and outsourcing. More recently, additional facets have emerged such as politics, communications, culture and technology. Whilst the ubiquitous term is difficult to define the effects of the concept are clear; consumers can ‘find America in every country and every country in America’ (Firat,1997). Many argue the process to be unethical, merely a surrender of power to large corporations and a way to keep poorer nations in their place. Nevertheless, the global market is expanding relentlessly. As such, it is imperative for businesses to adapt strategically so as to remain competitive or they face the likely possibility of falling behind those who do. The recent merger, which has resulted in the formation of King & Wood Mallesons SJ Berwin, demonstrates exactly that. British ‘silver circle’ firm SJ Berwin has pioneered a new global strategy in being the first city firm to merge with a China-based rival. In anticipating the inevitable economic power shift, which will see the East dominate, the firm has ensured it is one for the future. The Chinese economy is undoubtedly gaining strength, which means many businesses are seeking to establish an eastern base. As a result, the merger makes sense for the clients of such commercial firms. Having a presence in emerging economies not only allows firms to consult clients more appropriately but allows firms, as businesses themselves, to benefit from the prosperous environments emerging economies offer.

Another unique approach is demonstrated by magic circle firm Slaughter and May. The firm appears to have somewhat defied the common strategy adopted by competitors in remaining independent whilst working in conjunction with ‘best-friend firms’. Slaughter and May have developed relationships with many market leading firms and created a community of firms which The Chambers Student Guide describe to be much the same as operating one firm all over the world. However, the longevity of the firm’s approach is widely contested. The local knowledge such an approach provides could be argued to be invaluable as the most appropriate legal advice to be provided.

In establishing a permanently staffed office in Singapore, 20 Essex Street Chambers demonstrates the fact that the effects of globalisation can also be observed at the Bar. It must be noted that such an approach is somewhat unheard of at the Bar. However, this is arguably due to the fact that a distinct majority of the world’s litigation is done in London, being one of the few places in which a truly impartial judiciary is found, and therefore, there is simply little need for expansion into the global marketplace.

Not only has globalisation resulted in differing competitive strategies, it has resulted in a change in focus of the law. Mass communication encourages the world to face challenges, such as climate, terrorism and human rights, together. Such issues have encouraged the rise of international law alongside national law.

Globalisation is facilitating the increasing strength of emerging economies. In outlining distinct strategies it is clearly demonstrated that large commercial firms are feeling the effects. Whilst it is plausible that the Bar will remain strong in itself, perhaps the bold approach of 20 Essex Street Chambers suggests the Bar faces the same internationalised fate. It is safe to say the legal profession and the focus of the law itself are most definitely influenced by a changing international market.