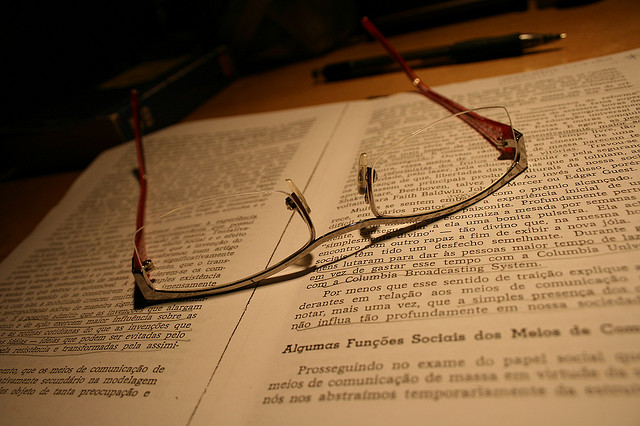 There is no doubt that the wording of the 2006 Companies Act is more suitable than the Acts before it, unlike s. 14 of the companies Act 1985, both the company and the members are bound by the articles of association; a statutory recognition that a company has a separate legal identity and personality. The articles of association are the terms that make up a company’s constitution, and although these “covenants” indisputably form a contract between the members (shareholders) and the company, and between the members themselves, the extent and force of this contract has always been a controversial topic amongst legal practitioners in practice, academics and the judiciary. This article will explore why some of these debates call for an overdue reform of s. 33.

What type of contract does s.33 create?

As Atiyah has argued through his many writings, there is not one singular model that all contracts must follow. Out of the many particular aspects of a “typical contract” which a company’s constitution does stick to and all of which highlight the ambiguity of s.33, one in particular has attracted much academic and judicial debate. According to Professor Atiyah, all parties to a contract should be able to enforce the contractual terms against the other party. [1] The articles of association however create a membership contract, a legally binding instrument that fails to identify itself in line with Atiyah’s “orthodox” contract. The case of Hickman v Kent [1915] 1 Ch 881, (the authority that the House of Lord intended to enforce through the redrafting of s.14 into s.33), held that only members (shareholders) acting in their capacity as a member can sue in the event of a breach against the rights and obligations of the articles and not “outsiders.” In Hickman the “outsider” was both a member and a director, and he could not enforce his director rights stated in the articles because he was asserting his claim as a director and not as a member.

Gideon Shirazi draws our attention to the controversy of this debate as he compares Hickman to Salmon v Quin & Axten Ltd [1909] A.C 442. In this case, Salmon was also a director and a member, and the articles gave him the right as managing director to veto particular affairs regarding the company, a power which in reality he was deprived of. He sued the company by getting together the shareholders and explaining to them how his power of veto was necessary for the functioning of the company. In doing so, he got the shareholder’s to support his case and he successfully sued the company by making a claim through these members (shareholders). Gideon Shirazi says that these two cases may however not be conflicting; according to him Hickman may have overruled Salmon. [2] Nonetheless, this view has not been addressed and concluded via subsequent case law and it has certainly not been clarified by s.33, so to this day, the controversy regarding the contractual structure and substance of this membership contract remains. In other words, s.33 does not spell out what rights are enforceable and not only does this not fit in with Atiyah’s vision of an orthodox contract, it also makes unclear the exact form and legal effect of a company’s constitution.

According to s.33 who can sue for what?

Section 33 is silent on exactly what articles a member can enforce and who can enforce them: Is a member contractually limited to enforce selective provisions? Or is the force and scope of the contract wide enough to enable a member to bring a claim regarding any right or obligation outlined in the articles?

Roger Gregory argues that the extent to which it can be argued that the company’s articles act as a contract between a company and its members is unclear, and entirely dependent on the facts of the individual case. He draws this conclusion as a consequence of the vastly conflicting case law and academic publications regarding s. 33. For instance, Professor Gower believes that the articles of association form a contract that can only be enforced by members if the issue concerns membership rights and duties. Lord Wedderburn on the other hand, argues that the contract enables members to sue the company or other members with regards to any rights in the articles, not just membership rights/ obligations, a view that was realized through the Salmon case (conditional on the fact that the claimant acts through their capacity as a member).

Anthony O. Nwafo believes that even though Lord Wedderburn extends the force and effect of the company contract with its members, in practice this only scratches the surface of what reform is actually needed. Nwafo believes that the implications of s.33 are limited and unrealistic in practice because the directors are as he calls them, the “pillars” of a company. They have a strictly enforced burden to uphold their fiduciary duties, many have been shareholders since the birth of the company, and it is not unusual for directors to word the articles of association for the company’s constitution. It is therefore commercially unrealistic and impractical according to Nwafo, that the members (shareholders) alone have a constitutional contract with the company, and directors do not. [3]

Lord Wedderburn was an influential figure rooting for the reform of s.14 and his attributions are undeniable, but case law undermines his efforts to clarify s. 33 and minimise its need for reform. An example of this is the case of Eley v Positive Government Security Assurance Co. [1976] 1 Ex D 88. The claimant was the company’s solicitor and according to the articles of association he would always continue to be so. He later became a member and it was not long after that the company removed him from his solicitor duties. Salmon sought to rely on the contractually binding effect of the articles, but at trial the court held that he was bringing his claim as a solicitor, enforcing a “personal claim” and not a membership claim and therefore he could not rely on s.33. If, as Lord Wedderburn has strongly argued, members can bring a claim regarding all the articles of association, then the legal reasoning behind this case would be reversed. [4] Eley (an outsider) would have been able to make a “personal claim” against the company through his capacity as a member if as in this case the personal claim is stated in the articles. The courts held that this issue can in practice to some extent be resolved and Nwafo also agrees; as members who are also “outsiders” in the sense that they are also i.e. directors or solicitors, can still sue a company if they have a separate contract with that company, and the terms do not directly site the articles of association. However, although in given circumstances the confined scope of s.33 cannot limit these “outsiders”, it does not make it excusable for s.33 to be ambiguous and practically unrealistic with regards to who should be able to enforce the rights and obligations which they are bound to by virtue of their membership status.

More confusingly, Dr Prentice refines Lord Wedderburn’s view even further, and argues that the articles of association create a contract that can be enforced by its members if the matter – which is referred to in the constitution – impedes the functioning of the company. What makes s. 33 so conflicting and in need for reform, is that good and authoritative case law supporting each view just explained. Adding credibility to Prentice’s view for example, is the Salmon v Quin & Axtens Ltd case, as Salmon was able to shoot two birds with one stone and enforce his rights as a director by persuading the shareholders that his rights as a member should be enforced for the functioning of the company.

This article has discussed some of the issues around s.33 by exploring cases dated as far back as 1915, all of which are still applied in our courts today, in turn hindering the success behind any of the statutory reforms that have been made regarding member rights through the articles of association. As argued, it is confusing why a party to a such a contract who is both a director and a member (shareholder), is subject to the same articles of association, is able to enforce the articles if an issue effects their position as a member, but not have a contract to fall back on if the company breaches the same articles and effects their role as an outsider. As ever the law is not perfect, but there has been a century of controversy debating the scope and effect of s. 33, and it is reasonable to conclude that s.33 needs some reform to provide clarification as to what type of contract the company constitution is and the scope of its contractual identity.