Scholarships: How to Apply and Succeed 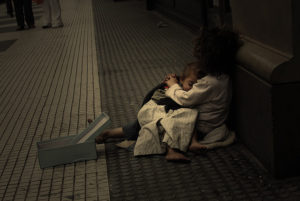 Global justice theories are those which argue that the world is unjust and requires changing. In this article, three main schools of thought, and their prominent theorists, will be considered in-depth.

Born in 1946, Singer is an Australian moral philosopher whose greatest work in the field of global justice was his 1971 essay ‘Famine, Affluence, and Morality’. His theory is based around four key principles.

First, Singer argues that poverty and suffering are bad things. Second, he proposes that if it is in our power to prevent something from happening, then it is immoral for us not to do so. Therefore, he believes that it is our moral duty to help those living in poverty. Finally, Singer argues that there is no difference between the ability of one person or a group of people to prevent something from happening.

One major criticism of Singer’s theory is that he is too morally demanding of people, as he believes that we ought to help those who live in poverty on the other side of the world. This demand has been rejected by critics who argue that we cannot always be morally obliged to care for people we do not know or have never seen before.

There has also been criticism with regards to Singer’s final point on the lack of distinction between an individual and a group of people. It has been argued that there is, in fact, a difference between the two. This is because, if a group of people are expected to give to charity, there would not be any moral obligation on every individual as long as they were able to give their fair share. On the other hand, if there was only one person capable of helping the poor, all of the moral obligation would fall on them. This distinction is also related to the demand set by Singer that people must help those in poverty.

In his 2002 book ‘World Poverty and Human Rights’, philosopher Thomas Pogge claimed that the reason for poverty in certain countries is not just due to the lack of charitable efforts, but is also caused by the West. He argues that the monetary interests of the West actively harm the global poor, as the West helps fund corrupt national institutions, which has a negative effect on the inhabitants of impoverished countries. Pogge also suggests that this perpetuation of the global poor continues to maintain the standards of slavery by putting the poor in a discriminatory position.

He concludes that, in order to avoid having a role in the global perpetuation of the poor, people must remove themselves from society. This can be difficult to do, as you would have to ostracise yourself from society for the benefit of people you do not know. Also, having to remove yourself would cause more suffering and perpetuate the poverty cycle further, as you would not be able to fulfill any duties in giving to charity.

Pogge can be criticised for viewing poverty as a homogenous concept. It can be argued that not every poor person is a victim of corrupt institutions, as poverty extends much further than just the sub-Saharan states of Africa. Poverty in the UK, for example, would not necessarily be the perpetuation of slavery. Critics have also noted that Pogge fails to acknowledge that some poverty is self-inflicted and avoidable, rather than a consequence of corrupt capitalist institutions.

The criticism of moral demand can also be applied to this, as Pogge expects the consumer to become a hermit in order to avoid harming the global poor. For people who are physically and emotionally removed from the global poor, this concept is too demanding and inappropriate. Furthermore, becoming a hermit would cause more harm than good, as it would perpetuate the cycle of poverty and prevent people from fulfilling any duties.

In Rawls’ ‘A Theory of Justice’, two principles of justice are established. First, Rawls argues that each person should have an equal right to most basic liberties, such as a right to free speech or freedom of conscience. Second, he posed that inequalities should be modelled so that they are of the greatest benefit to the least advantaged people in society, which he labels ‘primary goods’, and that there is a fair equality of opportunity for everybody opting for an office or position.

Rawls also established a concept known as the ‘original position’, a theory which suggests that society ought to remove characteristics which set people apart, such as race and socio-economic class. Under this ‘veil of ignorance’, Rawls believes that inequality would not exist, as there would be no expectations or prejudices (like those existent in today’s society) to dictate differences between individuals.

Some critics have argued that the ‘primary goods’ Rawls wishes to fulfill should be distributed by how effectively they are used, and not just to those who need them. Furthermore, his notion of a ‘veil of ignorance’ has been criticised by academics for being an incredibly idealistic concept. The legal theorist also purports that inequality can be fixed by equal institutions. He states that humans can still create prejudices or hierarchies through differences such as skills or appearances and this must be addressed by the governing bodies of society.