Reforming legal aid: does it have a future?

What 9/11 Victims Need To Know About The Zadroga Act

How Criminal Defense Solicitors Can Help Solve Your Issues 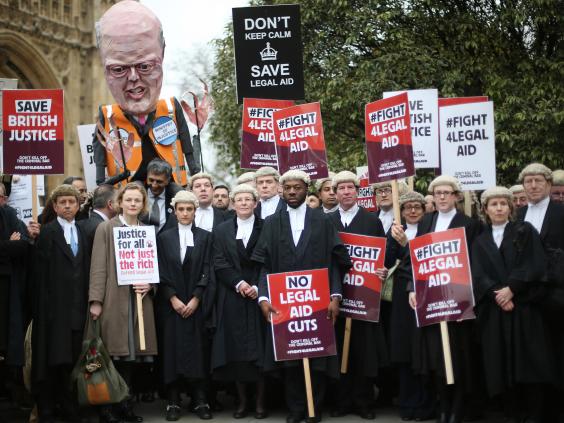 Historically, there has always been a commonly-held belief that there are differences in how people from different societal backgrounds access justice. It was only relatively recently that the legal aid came into existence. The post-war Labour government stated in a White paper in 1948 that there were plans for legislation to come into fruition “to provide legal advice for those of slender means and resources, so that no one would be financially unable to prosecute a just and reasonable claim or defend a legal right: and to allow counsel and solicitors to be remunerated for their services”. Recently, the House of Commons Justice Committee have carried out an extensive inquiry into the future of legal aid in the UK (2021 report). The report warned that without significant reform the most vulnerable in society are not being given access to justice.

Not long ago the Legal Aid, Sentencing and Punishment of Offenders (LAPSO) Act 2012 came into effect. This act reduced the amount that legal aid could be used within civil cases. For example, within private family law cases, aid was only accessible if there was clear evidence of domestic violence, or in child abuse or child abduction cases. Legal aid was also reduced in cases involving immigration work. Moreover, in some instances legal aid was removed entirely, as in cases for debt, employment, housing, welfare benefits, clinical negligence, education, and personal injury. While there are exceptions to the above, in certain circumstances, it’s clear that there has been a lessening of access to legal aid.

The act not only decreased access to legal aid but also reduced the funding being given. The Law Society reported that the effects of LAPSO were that “legal aid is no longer available for many who need it, those eligible for legal aid find it hard to access, wide gaps in provision are not being addressed, LAPSO  has had a negative impact on the state and society.” This Act is clear evidence of government efforts to reduce the expense of legal aid, at the cost of justice for many. When we consider the data, it’s blatantly obvious that there is a dire need for reform. The report found that while £1.76 billion was spent on legal aid between 2019-20, “it is increasingly only able to help a smaller proportion of the population on a narrower range of issues”.

When considering criminal legal aid, it goes without saying that the Covid-19 pandemic has definitely negatively impacted the criminal justice system. There should be significant reform coming for the criminal justice system as a whole, but the 2021 report emphasises that some of this reform should be solely focused on legal aid. Furthermore, the increasing volume of cases entering the criminal justice system and the increased backlog exacerbated by the pandemic will put more pressure on the legal aid framework. The 2021 report warns that the legal aid framework will not be able to cope and recommends that the government should increase the fees for lawyers because “unless, the system provides more of an incentive to work on complex cases at every stage of the process, it is likely that practitioners will have to focus on quantity over quality”.

Lastly, the recommendations set out by the 2021 report are clear. Without clear reform, there is a risk of a shortage of qualified criminal legal aid lawyers. This would cause an imbalance between the prosecution and defence that could put the entire justice system at risk. This widening gap between the legal aid framework and the Crown Prosecution Service should prompt the Government to make clear changes. One recommendation to soothe this issue is “linking legal aid fees to the rates of pay of the Crown Prosecution Service”. Alternatively, the report recommends that the Government It goes without saying that in recent years, past Governments have sought to reduce the costs of legal aid at the expense of justice. MP Sir Bob Neill has stated that “The legal aid system is there to ensure that everyone has access to justice. If the most vulnerable in society are being left to navigate the justice system on their own, then fairness is lost and the system has failed.”. Overall, there is desperate need for reform and hopefully this report will be the push that the Government needs to begin putting justice at the forefront of legal aid.