The Scottish Legal System in a Nutshell

Preparing for a Career in Family Law 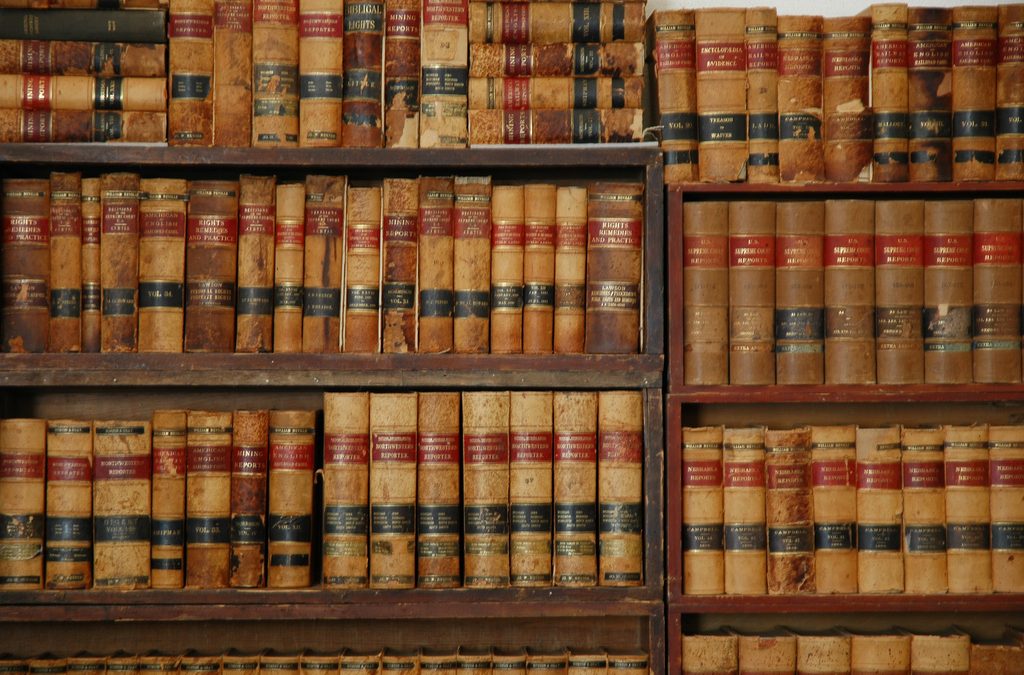 As a Scots law graduate, people often ask me how law in Scotland differs from English law. This article explores the Scottish legal system to show that while there are variations between the two jurisdictions, the characteristics of the Scottish system are not as foreign as they may appear.

To understand the Scottish legal system it is helpful to zoom out and consider the concept of families of legal systems. When we speak of a legal system, we mean the rules of law in a country and the way in which these rules are enforced. Legal systems can be classified according to certain basic characteristics which they possess.

There are numerous different families that can be of influence to a developing legal system and around the world there are some fascinating combinations. Chinese law, Ottoman law, tribal law and religious law are among those which play a part in shaping some of the world’s legal systems today. For example, in South Africa, indigenous tribal law has a role to play in the law. In Western Europe, there are two principal families — civil law and common law. Civil law systems derive from civil law and so have all been influenced to varying extents by principles of Roman law. The common law systems derive from English law and continue to dominate countries which were once a part of the British Empire, for example, Australia and India. Scotland is a member of a third family, known as a mixed system, because they are influenced by both civil and common law and have characteristics of both approaches.

The history of the evolution of Scots law can be traced back to the 11th century but, in essence, there were two particularly important stages. The civil law influence dates back to the days when Scotland and England were completely separate countries. During this time, Scotland looked to European systems when developing their own laws, particularly to France, which was heavily influenced by Roman law. The next stage came after the Union of the Crowns in 1603 and the Union of the Parliaments in 1707. From here, the Anglo influence became evident in Scots law. So, while modern Scots law has evolved its own rules, these can be traced back to common roots with the English system and further back to ancient Rome.

The principles and rules of Scots law are drawn from the same sources as those of English law, namely, legislation, the courts, European law and institutional writers.

Law applicable to Scotland can come from primary and delegated legislation passed by Westminster and the Scottish Parliament at Holyrood. The most important piece of legislation with regard to Scots law is the Scotland Act 1998 (which is an Act of the UK Parliament). Section 1 of this Act establishes a Scottish Parliament with a wide range of devolved powers. The Act lists reserved matters which can be legislated on by Westminster alone but leaves all matters not included under the legislative competence of the Scottish Parliament. These devolved powers include education, the environment, housing and local government, and matters reserved to Westminster include immigration, defence and foreign policy. The Scotland Act 2012 has recently extended these devolved powers to include competence to legislate on exciting areas such as stamp duty, air guns and speed limits although Holyrood will not be able to use these new powers until 2016.

An important difference between Acts of the Scottish and UK Parliament is that the former can be challenged. Sections 28 and 29 of the Scotland Act 1998 set out the competencies of Holyrood and state that legislation will be ultra vires if it relates to matters reserved to the UK Parliament or would be incompatible with EU law or the European Convention of Human Rights. Questions over the legitimacy of Acts of the Scottish Parliament are known as ‘devolution issues’. These can arise in any court but the ultimate court for determining these issues is the Judicial Committee of the Privy Council.

European Union law applies in the same way to Scotland as it does to England by virtue of Scotland’s position as a constituent of the UK. Treaties, regulations, directives and decisions of the European Court of Justice all impact Scotland. When the EU issues a directive on a subject which Scotland has responsibility for under devolution, Scotland will implement it itself.

The courts are another source of law in Scotland and the doctrine of judicial precedent operates within the hierarchy of the courts. Decisions of the Supreme Court (or House of Lords) in Scottish appeals bind all lower Scottish courts. Decisions of the Inner House of the Court of Session are also binding but those of single judges in the Outer House, Sheriffs or Justices of the Peace, are not. English cases may be of persuasive authority in Scottish courts as are decisions from mixed law jurisdictions such as South Africa.

The judiciary in Scotland is led by the Lord President who acts as Lord President of the Court of Session and Lord Justice General of the High Court of the Justiciary. His deputy is the Lord Justice Clerk. Scottish judges are appointed by the Queen on the recommendation of the First Minister and based on the advice of the Judicial Appointments Board for Scotland.

The head of criminal prosecutions in Scotland is the Lord Advocate, currently Frank Mulholland, and he is assisted by the Solicitor General for Scotland, who is currently Lesley Thomson. The Crown Office and Procurator Fiscal Service are the bodies responsible for prosecuting crime and investigating deaths. Their roles are comparable to those played by the Director of Public Prosecutions and the Crown Prosecution Service in England and function in a similar way. In Scotland, the police carry out an initial investigation and if they have enough evidence for a prosecution, they pass the case to the Procurator Fiscal who decides on the strength of the evidence and whether it is in the public interest to take further action. If they consider it appropriate that proceedings be raised in court then they will decide which one. Alternatively they may issue warnings, fines, compensation or intervention from social work.

Criminal procedure can be either solemn, meaning that the trial is held before a judge and a jury of 15 members, or summary, which is held before a judge only. There are three levels of criminal courts in Scotland. At one end of the scale are the Justice of the Peace courts which deal with minor matters. Justices of the Peace are not legally qualified but are advised by a qualified clerk on matters of law and procedure. They have limited sentencing powers and are able to impose a custodial sentence of up to 60 days or a fine of up to £2,500. The next level up are the Sheriff courts. Scotland is split into six ‘sheriffdoms’: Glasgow and Strathkelvin; Grampian, Highland and Islands; Lothian and Borders; North Strathclyde; South Strathclyde, Dumfries and Galloway; and Tayside, Central and Fife. Each of these are headed by a Sheriff Principal and have various court districts containing individual Sheriff courts. These courts deal with summary and solemn criminal prosecutions and Glasgow Sheriff Court is reputedly the busiest court in Europe.

In 2011, the Scottish Government launched the programme ‘Making Justice Work’ which aims to reform the structure and processes of the justice system. As a result of this, it was recently announced that ten sheriff courts will be closed along with at least seven Justice of the Peace courts. Money-saving initiatives within the justice system are not unique to the UK government.

The High Court of the Justiciary is Scotland’s supreme criminal court. It can sit as both a court of first instance and a trial court where it hears the most serious criminal cases such as rape and murder. While it has a permanent base in Edinburgh, Glasgow and Aberdeen, it can also sit in other towns and cities around the country as a trial court in local sheriff court buildings. However, to hear appeals it sits only in Edinburgh. As a court of first instance, it sits with one judge and a jury but on appeals at least three judges may be present. The High Court can hear appeals from itself (at first instance), Sheriff or JP courts and the Scotland Act 2012 provides a new procedure whereby certain Scottish criminal cases can be appealed to the UK Supreme Court although this power is not yet in use.

In addition to JP and Sheriff courts, Scotland has various tribunals which deal with civil matters such as employment, education and children’s hearings. The Court of Session is the supreme civil court in Scotland and, like the High Court, also sits as both a trial court and an appeal court. Although it has the same jurisdiction broadly as Sheriff courts, only the Court of Session can hear cases of judicial review and it does have a right of appeal to the UK Supreme Court. The Court of Session sits in Parliament House in Edinburgh and is divided into the Outer and Inner House. The Outer House is the court of first instance and is made up of 22 Lords Ordinary who usually sit alone, whereas the Inner House is the appeal court. It is divided into the First and Second Divisions which are presided over by the Lord President and the Lord Justice Clerk. The Inner House hears appeals from the Outer House, Sheriff and JP courts.

In Scotland, the legal profession is split between solicitors and advocates. Solicitors carry out more general legal practice and in addition to sole practitioners and high street practices, Scotland hosts numerous prestigious law firms, for example, Brodies, Dundas and Wilson, Burness, Dickson Minto and Shepherd and Wedderburn. Solicitors can appear in JP and Sheriff courts as well as tribunals. There are also solicitor advocates who have extended rights of audience and can appear before the Scottish supreme courts, the Court of Session and the High Court of the Justiciary.

Advocates, like barristers, are specialists in advocacy and are instructed by solicitors. They have rights of audience before the UK Supreme Court and all Scottish courts. The Faculty of Advocates is a body of independent lawyers who have been admitted to practice. They are in charge of preparing and admitting those who wish to join the Scottish Bar and are based in Parliament House, just off the Royal Mile in Edinburgh, where the famous Advocates Library, founded in 1682, can also be found.

To train and qualify as an advocate or solicitor in Scotland, undergraduate students must complete a four-year LLB at a Scottish university (or postgraduates can take an accelerated two-year course). After this, students must obtain the Diploma in Legal Practice and then, regardless of whether they intend to be a solicitor or join the Bar, must undertake a two-year traineeship in a solicitor’s office. For those wishing to continue down the advocate route after that, additional exams are required by the Faculty of Advocates and then a period of pupillage known as ‘devilling’ must be undertaken.